Wishing my beautiful daughter and her date a great time at prom #BadBoys pic.twitter.com/T5JRZQYq9e

Former NFL kicker and current sports analyst Jay Feely is taking some heat after posting the above photo on Twitter. The picture shows Feely posing with his daughter and her prom date. In the photo, Feely is holding a handgun.

The photo went viral shortly after Feely posted it. So far, it has received nearly 40,000 “likes” and thousands of comments. Some people have been offended by the pic, which Feely says was “intended to be a joke.”

“The prom picture I posted was obviously intended to be a joke. My Daughter has dated her boyfriend for over a year and they knew I was joking. I take gun safety seriously (the gun was not loaded and had no clip in) and I did not intend to be insensitive to that important issue,” Feely tweeted on Sunday morning.

The “joke” has been around for ages — fathers are known for giving a hard time to their daughter’s boyfriends. In some instances, that joke has involved a dad threatening the new boy in his little girl’s life. However, with the recent uptick in gun control debates, some people felt that Feely’s photo was distasteful — and inappropriate.

“Let’s see…Daddy poses for a photo by standing between daughter and her date, while holding a hand gun!? The clear message is what? That you own a gun? You make a strong case that MANY GUN OWNERS SHOULD NOT OWN A GUN!! Totally irresponsible,” wrote another.

Other Twitter users found Feely’s picture humorous and responded in such a manner.

“For the love of… It’s meant to be referential, funny, and all are in on it. PC had gotten waaay outa control. Relax, people- not everything is a controversy,” one Twitter user commented.

“Hey, not a big fan of guns, but there are some times you just have to make a point. In this case, all is just in fun. These two kids have been dating for several years and they are fully trusted,” wrote another.

And this isn’t the first time that Jay Feely has made waves in the non-sports world. In 2009, he sat down with Sean Hannity. During the interview, Feely discussed his dislike for then-president Barack Obama.

Feely played 14 seasons in the NFL. He was a kicker for the, Atlanta Falcons, New York Giants, Miami Dolphins, Kansas City Chiefs, New York Jets, and the Arizona Cardinals, before finishing up his professional career with the Chicago Bears — but only played in one game for the team, subbing for an injured Robbie Gould in 2014.

He currently works as a college football and NFL analyst. He joined CBS Sports in 2015. Two years later, he became a color commentator for CBS’ NFL telecasts.

He lives in Arizona — a state in which it is legal to carry a concealed handgun, no permit required — with his wife, Rebecca, and their four children, Jace, Alexandra, Olivia, and Abigail. 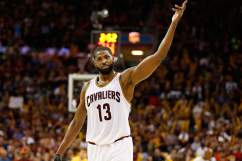