Boston Celtics’ small forward Jayson Tatum has a child with his high school sweetheart but is also rumored to still be in a relationship with his college girlfriend. In December 2017, Tatum’s high school girlfriend, who hails from St. Louis, Toriah Lachell gave birth to their son, Jayson Junior. A month of Jayson Jr.’s birth, Tatum introduced his son to the world with an Instagram post reading, “Jayson Christopher Tatum Jr! God’s greatest gift to me! Daddy loves you more than anything in the world man! Truly a blessing!”

According to posts on her Instagram page, Tatum appears to be in relationship with Duke volleyball player Samie Amos. Tatum hasn’t commented publicly on his relationships, though rumors abound that he broke up with Lachell while she was pregnant to date Amos.

1. Samie Amos Is Still in School

Amos is still a student at Tatum’s alma mater, Duke University. Amos is a native of Pittsburgh where she was born in September 1997. According to her official Duke profile, Amos’ father, Bryan, was a college football star in Pittsburgh in the 1980s. The 6-foot-2 Amos is a graduate of Upper St. Clair High School in her home city, her younger sister, Alex, is currently a volleyball star there too. While in high school, Amos was a second team All American in 2015. During her high school career, Amos never finished lower than second place, including back-to-back championships.

In 2016, Amos enrolled at Duke, starting 17 games in her freshman year for the school’s volleyball team. On her personal Facebook page, Amos still has photos of her with her ex-boyfriend, Jaysen Zaleski. 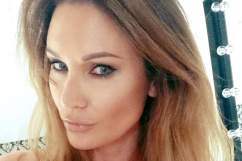 2. Lachell Is Working as a Hair Sylist

Lachell maintains an Instagram account promoting her aspiring hair stylist career. Online records show that Lachell attended beauty school in Boston for a time. On May 9, Lachell announced on that page that she was taking clients at a salon for cuts and colors as well as other treatments. On her Instagram page, Lachell says, “Life isn’t perfect but your hair can be. Hair is my passion… Emphasis on natural hair.”

CelticsTea, via BroBible, had earlier claimed in January 2018 that Lachell had moved from St. Louis to Boston to be closer to Tatum.

3. During Tatum’s Prodigious High School Career, Lachell Helped Him Be a ‘Normal Teenager’

In a 2015 profile in Sports Illustrated, while Tatum was a prodigy in high school, his relationship with Lachell is mentioned. Following a game, Tatum was beset with autograph requests. While he was doing this, Lachell was showing people pictures of her prom dress. After he signed his autographs, the piece reads that, “Jayson walks Toriah to her car at the back of the lot. The two duck between vehicles, and Jayson hugs Toriah against the trunk of her car.” The article concludes with the lines that the moment was the only “normal” teenage moment the pair had. Tatum and Lachell began dating in August 2014.

4. When Tatum Was 17, His Father Said That He & Lachell Better ‘Not’ Have a Baby

Tatum’s relationship with his much younger sister, Kayden, is well known. She is the daughter of Tatum’s father, Justin Tatum. In a February 2015 article for St. Louis Curator, Justin Tatum joked that he wanted his son and Lachell to babysit more “to see what he and his girlfriend better not have.” 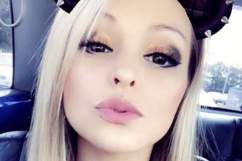 5. Some Have Accused Tatum of ‘Pulling a Lou Williams’

At the time of his son’s birth, Tatum was accused by tweeters and BroBible of “pulling a Lou Williams.” In 2015, Williams, a guard with the Los Angeles Clippers, revealed that he was dating two girls at the same time and that they both new about it. Complex reported at the time that the two girls were named Ashley Henderson and Rece Mitchell. Williams referred to them as “Blonde” and “Brown” respectively. In a February 2018 interview with Sports Illustrated, Williams announced that he was no longer dating Henderson but was still with Mitchell.