With 2018’s Money in the Bank inching closer, the lineups for both the male and female ladder matches are nearly complete. So far, the male participants include Braun Strowman, Finn Bálor, Rusev, Bobby Roode, Kevin Owens, and The Miz. We know that a member of The New Day will also be participating, but have yet to find out whether it will be Kofi Kingston, Big E or Xavier Woods. The final slot will go to winner of the Daniel Bryan and Samoa Joe fight on Tuesday’s SmackDown Live.

The female participants include Lana, Alexa Bliss, Charlotte, Ember Moon, Natalya, Naomi, and Becky Lynch. The final spot will be determined by a Gauntlet match on Monday night’s episode of RAW. Predictions and debates over who will win have already begun, but as previous years have shown, the beauty of the ladder match lies in its unpredictability. It has the potential to turn the entire WWE on its head, and give previously maligned wrestlers a shot at becoming a world champion.

Ahead of this year’s Money in the Bank, here’s a look at all of the previous “cash-ins” attempts, including the ones that didn’t go according to plan.

Edge proved victorious in this, the inaugural Money in the Bank ladder match. He held onto the contract for a whopping 280 days before cashing it in at New Year’s Revolution 2006. There, he defeated a battered and bloody John Cena to become the WWE champion. To date, this is the longest time anyone has held onto a Money in the Bank contract.

Rob Van Dam only held onto his contract for 70 days, but the impact he had was arguably greater than Edge’s the year before. He not only announced his title shot in advance, but he managed to follow through on it, defeating John Cena at One Night Stand 2006. Van Dam set a high bar that every Money in the Bank winner would be measured against.

Mr. Kennedy played his hand quicker than those before him, cashing his contract on Monday Night Raw only 36 days after winning it. The hasty decision backfired on him, as he became the first Money in the Bank winner to lose to his opponent. To make matters worse, Edge stole the contract and used to defeat The Undertaker the following night.

CM Punk hung onto his contract for 92 days before staking his claim on an episode of RAW and defeating Edge. Punk’s timing was unexpected, but the fact that he chose to cash-in after Edge has fallen victim to a Batista Bomb cheapened his victory. He would eventually be stripped on his title in a backstage attack.

CM Punk makes history as the first wrestler to win back-to-back Money in the Bank ladder matches. Instead of using the opportunity to restore his reputation, however, Punk pulls a complete heel turn, and pounces on Jeff Hardy after his grueling fight with Edge. It was another cheap move, another title, and a legendary WWE moment.

Jack Swagger set another Money in the Back precedent by cashing in his contract after WrestleMania, only to change his mind at the last minute. Though, to his credit, the gambit paid off: he later cashed in on an episode of SmackDown Live and defeated Chris Jericho.

2010: Kane Defeats Rey Mysterio At Money in the Bank

As a result of there being a Money in the Bank PPV in 2010, there was a brief time when there were two ladder match contracts floating around the WWE. Rey Mysterio defeated Jack Swagger, and then Kane cashed in and defeated Mysterio less than an hour later. Kane set the record for holding onto a contract for the least amount of time, and it would stand until 2016.

FULL-LENGTH MATCH – Raw – The Miz cashes in his Money in the Bank ContractNov. 22, 2010 – After Randy Orton defends the WWE Championship against Wade Barrett, The Viper gets a not-so-awesome surprise from The Miz. Subscribe Now – youtube.com/user/wwe?sub_confirmation=12013-11-22T05:00:01.000Z

The Miz was the winner of 2010’s other ladder match, and he took a polar opposite approach to Kane, clinging to the contract for 127 days. When he finally decided to cash in, on an episode of Monday Night Raw, the result was one of the most exciting and memorable matches to date.

Daniel Bryan pulled Money in the Bank heel turn here, promising fans that he would do the right thing and cash in before WrestleMania, only to hang onto it for 154 days and attack Big Show when he least expected it. The backlash was pretty heavy, but the attention– and the title– Bryan got for his troubles was well worth it.

Alberto Del Rio continued the trend of attacking WWE champions at their most vulnerable. CM Punk received a brutal powerbomb from Kevin Nash at SummerSlam, and Del Rio waltzed in right behind him, cashing in and snatching away the title without much resistance. Del Rio was in the midst of a career peak, having previously won the Royal Rumble, but Cena walked all over him and regained the title at the next PPV.

Dolph Ziggler comes through with the most dramatic cash ins in recent memory, pouncing during the RAW episode after WrestleMania. He wrestles what is supposed to be a battered Alberto Del Rio, but Del Rio doesn’t go quietly, and the intensity between the two is some of the most electric that has resulted from a Money in the Bank match. Ziggler ultimately comes out on top.

John Cena only held onto his Money in the Bank contract for 8 days, but seeing as it was the 1,000 episode of RAW, one could hardly blame for trying to own the moment. Unfortunately, Big Show came in and interfered with Cena and CM Punk’s match, resulting in Cena winning but not getting the title due to a technicality. To date, it is only time a wrestler has fulfilled a Money in the Bank contract without becoming champion.

Damien Sandow held onto his contract for a reasonable 106 days, but when it came time to cash in and challenge John Cena, the wrestler was unprepared. Cena comes out a winner in every sense of the word– not only defending his title, but earning redemption after being snubbed for the Money in the Bank title the year before.

Randy Orton’s successful bid for the title is remembered more for how much it cribbed from previous storylines than anything else. Looking back at it, it’s easy to see why. Daniel Bryan gets attacked by Triple H at SummerSlam, and Orton, taking a page out of Alberto Del Rio’s book, waltzes up and snatches the title. It’s decently played, but Orton lacks the charisma of his peers and, well, we had it seen it all before.

Seth Rollins defeats a memorable Money in the Bank lineup that includes Dolph Ziggler, Kofi Kingston, Rob Van Dam, and Dean Ambrose. He bided his time well, sitting on the contract for 273 days, and eventually cashed it in during the main event of WrestleMania 31 between Brock Lesnar and Roman Reigns. It was a shocking turn-of-events, made all the better by Rollins’ cocky attitude.

Sheamus wasn’t the most popular wrestler in 2015. Sure, he was a former WWE and World Champion, but he didn’t really connect with viewers, and his victory in the ladder match was met with a collective shrug. He held onto the contract for 181 days, but even then, the way in which he decided to cash it in was dull and predictable. He defeated Roman Reigns in similar fashion.

2016: Dean Ambrose Defeats Seth Rollins At Money in the Bank

OMG!! DEAN AMBROSE NEW WWE CHAMPIONNo copyright infringement intended. All pictures and videos copyright of the WWE and / or their respective owners2016-06-20T23:19:12.000Z

Dean Ambrose couldn’t wait to be a WWE champion. He cashed in his Money in the Bank contract 57 minutes after winning it, shattering the record previously held by Kane. What’s more, he was challenging his former Shield partner Seth Rollins, and the subsequent match was the culmination of a terrific WWE storyline. Ambrose has lost momentum over the past few years, but the excitement that he brings here is tough to forget.

When Baron Corbin appeared on an episode of SmackDown, it was merely to attack John Cena. After seeing Jinder Mahal struggle to recover from one of Cena beatings, however, Corbin decided to take a chance and cash in his contract on the downed Mahal. One thing led to another, Corbin got distracted, and Mahal was able to recover in time to defend his title. 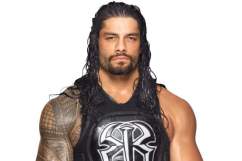 Roman Reigns’ Net Worth: 5 Fast Facts You Need to Know

Read More
John Cena, Roman Reigns, WWE, WWE Raw, WWE Smackdown
A look back at every memorable cash-in before the 2018 Money in the Bank.