Cristiano Ronaldo and Real Madrid have had a tense couple of months. Reporter John Sanchez told Bleacher Report that the footballer is “very angry” and “absolutely disgusted” with the latest contract that Madrid has offered him, because it is not significantly higher than the one he received for the 2016-17 season.

Ronaldo has hinted at the fact that if his demands are not met, he will look into transferring to another club. These rumors, coupled with the exposure that Ronaldo is getting at the 2018 World Cup, will likely cause people to question the current status of Ronaldo’s contract, and who his agent is.

According to The Independent, Ronaldo’s agent is Jorge Mendes. He has represented Ronaldo since 2003, and is one of the reasons why the footballer has been among the highest-paid athletes in the world. He was behind Ronaldo’s $16.2 million deal with Manchester United, according to The Times, and when Ronaldo transferred to Real Madrid for a $106 million, he made a whopping $5.3 million US. Ronaldo has referred to Mendes as “a good man… a true friend [and an] awesome human being.”

Daily Star reports that Ronaldo has ordered Mendes to guarantee a transfer from Real Madrid. The footballer is not pleased with Julen Lopetegui being appointed as Madrid’s new coach, and he feels as though he should be earning as much as, if not more than Lionel Messi, who recently passed him to become the world’s highest-paid footballer. Mendes has yet to comment on these rumors.

GettyJorge Mendes at a press conference.

While Ronaldo is Mendes’ primary client, he has orchestrated deals for other high-profile athletes like David de Gea, Diego Costa, James Rodríguez, and José Mourinho. He has brokered over $1 billion US in transfers between them all.

Commonly referred to as “the most powerful figure in the game”, Mendes also won Best Agent of the Year at the Globe Soccer Awards six consecutive times from 2010 to 2015.

Successful as he has been, Mendes has been accused of manipulating other agents out of deals with their clients. Ana Almeida, who represented Luis Nani, told The Guardian that Nani joined Mendes and signed with Manchester United when he still had a contract with her. A similar account was recounted by Gonçalo Reis, who said that Bébé (aka Tiago Manuel Dias Correia) cut him off mid-contract so that he could sign a deal with Mendes. Mendes even got into a physical altercation in the early 2000s, when agent José Veiga accused him of stealing all of his business.

In a 2006 interview, Mendes defended his actions, saying that he was simply doing what was best for the players. “There are people that have signed contracts with players and are there waiting for a Jorge Mendes to show up and take him to a big club”, he reasoned. “They want to be glued to the operation without ever having done anything to promote it.”

In 2017, three of Mendes’ clients, Ronaldo, Mourinho and Radamel Falcao, were charged with tax evasion. Mendes was brought into court for questioning. Due to an investigation into the 2016 “Football Leaks”, Mendes was believed to have been the brains of the operation, and the one who offered his clients a way to avoid paying taxes on some of their money. The investigators claimed that he helped a total of through “a network of shell companies and offshore accounts in Ireland, in the British Virgin Islands, Panama and Switzerland.”

Mendes denied any illegal involvement. His company Gestifute released a statement after his court appearance that read: “Neither Jorge Mendes nor the company he manages, Gestifute, participate in or offer any service linked, directly or indirectly, to financial, fiscal or legal advice to their clients.”

Mendes has a wife, Sandra Mendes, whom he married in 2015, and three children; Beatriz, Bárbara, and Jorge Jr.

When asked about his profession, Mendes told BBC that people have the wrong idea about agents. “You have good lawyers, bad lawyers, good agents, bad agents”, he said, “I’m working hard everyday, I have ambition… I’m not looking just for money. I don’t have contracts because it works like a family. [The players] are like my family, and you always try to find the best way to support them.” 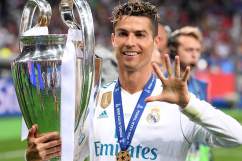