The Washington Capitals are currently locked in an intense Stanley Cup finals battle with the upstart Vegas Golden Knights. Caps forward Evgeny Kuznetsov was listed as “day-to-day,” coming off an injury in Game 2. With Saturday’s Game 3 at home looming — the Capitals’ first Cup Finals in two decades — fans of both teams are eager to know the status of Washington’s leading scorer. He ended up dressing and playing in Game 3.

According to ESPN, Kuznetsov participated in the Capitals’ Friday morning practice today, which was an optional session. The team shared the news on their official Twitter account as well.

Great to see #92 back on the ice for practice. #ALLCAPS #StanleyCup pic.twitter.com/6XdSz1ONmE

NBC Sports’ Tarik El-Bashir noted that the Washington center — who left Wednesday’s game late in the first period — did not “appear to be 100-percent,” as seen in the tweet below.

Having watched Kuznetsov for a few minutes now, he’s participating in drills but does not appear to be 100-percent. The most noticeable thing is he doesn’t have his left hand on his stick when receiving passes.

Kuznetsov exited Game 2 at with just over five minutes left on the clock in the first period after receiving a hip check into the boards, courtesy of Vegas defenseman Brayden McNabb. Kuznetsov immediately clutched his left arm to his chest and winced in pain before even regaining his skates.

Kuznetsov leads the team with 25 postseason points (11 goals, 14 assists). Only captain Alex Ovechkin (LW) has more goals (13) than his linemate and fellow Russian. The 26-year-old center from Chelyabinsk, Russia, accounts for more than 13 percent of the teams playoff production.

It’s worth noting that the Capitals did manage to win Game 2, despite not having their top line intact. According to The Score, credit for that goes to Lars Eller, Washington’s third-line center, stepping up to fill Nicklas Backstrom’s spot on the second line after the 30-year-old Swede was slotted in Kuznetsov’s spot on the first line. Eller tallied the Capitals’ first goal of the evening and fed Ovechkin a pass for his second period goal while taking Kuznetsov’s spot on the Washington power play. An assist on defenseman Brooks Orpik’s goal four minutes later gave Eller three assists on the evening, contributing to each of his team’s goal in the game.

Wednesday’s Game 2 win brought the series even at a game a-piece, with Vegas having won the high-scoring opening match-up 6-4. During his post-game press conference, Capitals coach Barry Trotz described the hit on Kuznetsov as “questionable” and mentioned that the team “[rallied] around it,” as often happens when a star player leaves a game injured. You can hear more of Trotz’s post-game opinions in the tweet below.

#ALLCAPS Coach Barry Trotz didn’t have much to say about Evgeny Kuznetsov’s status after Game 2 but he did say that the injury/hit had a galvanizing effect on the bench. pic.twitter.com/9aUbVST5Ue

ESPN outlet noted that Orpik, who took a slash to his hand late in Game 2, did not participate in Friday’s optional practice. Trotz reassured members of the sports media that Orpik was fine.

Ovechkin, T.J. Oshie and other Caps players were absent from the practice as well. Since Kuznetsov had not been officially cleared by the Capitals’ training staff, he was not permitted to talk to the media, as noted by D.C. sports radio station 106.7 The Fan. The station did manage to chat with Ovechkin, who was confident Kuznetsov would play in Saturday’s Game 3.

Alex Ovechkin: "I'm pretty sure he's going to be OK tomorrow." One of the quotes on Evgeny Kuznetsov. More to come after Barry Trotz. #Caps #StanleyCup

The Washington Capitals host the Vegas Golden Knights for Game 3 of the 2018 Stanley Cup Finals Saturday evening. Puck drop is scheduled for 8 p.m. Eastern at Capital One Arena in Washington, D.C. 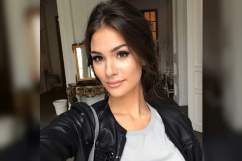 Read More
Hockey, NHL
Evgeny Kuznetsov left Game 2 of the Stanley Cup Finals following an injury. He is listed day-to-day and may not play in Game 3.