Getty Two teams advance from each group in the World Cup based on a points system.

With the World Cup underway, teams are starting to do the math on how they can avoid elimination. The World Cup starts with 32 teams which are split into eight groups of four: Group A, Group B, Group C, Group D, Group E, Group F, Group G and Group H. The top two teams in each group advance, and this is where the rules get a bit more complicated.

The standings are based on a point system where teams are awarded three points for a win, one point for a draw and zero points for a loss. All four teams in a group play one match against each other, meaning there are three matches in the group stage. June 28 marks the final day of Group Stage play for the 2018 World Cup.

Teams are rewarded for winning their group by playing the second place team in another group. Many times, teams have the same number of points after the group stage, and tiebreakers are used to determine which team advances. Here’s how FIFA describes the tiebreaker format, in order.

If the two teams ended up with the same goal differential, the next tiebreaker is total goals scored. If neither team has a higher number of goals, it goes to the head-to-head matchup. The next tiebreaker would be the team who scored the most goals in a match. The rest of the tiebreakers are a bit more complex with the final tiebreaker being FIFA casting lots leaving chance to determine who advances. Let’s hope none of the groups come to this.

Things are a lot more straightforward in the Round of 16 as there are no ties. Games must have a winner, which means there is extra time then penalty kicks as ways to conclude matches, if necessary. Once the we are left with 16 teams, the World Cup becomes a single elimination tournament. 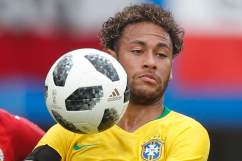 World Cup Rules: Can Games End in a Tie or Is There Overtime?