Klutch Sports Group announced Sunday night that NBA megastar LeBron James has agreed to sign a 4-year $154 million contract with the Los Angeles Lakers. That earth-shattering announcement had some asking the question: What is Klutch Sports?

Klutch Sports is the management agency run by LeBron’s longtime friend and agent, Rich Paul. James, 33, and Paul, 36, met in Cleveland while James was still in high school. Paul, who like James is an Ohio native, has worked with James since 2003 and has been his agent since 2012. Paul and his agency now represent several top NBA players, including a few of James’ former Cavaliers teammates and his new Lakers teammate Kentavious Caldwell-Pope.

Here’s what you need to know about Klutch Sports Group and its founder and CEO Rich Paul:

Rich Paul’s journey to running Klutch Sports and representing one of the greatest basketball players of all-time began in 2002 at the Akron-Canton Airport, ESPN’s Chris Broussard wrote in 2012. James was a high school junior at the time and was on the way to the NCAA Final Four. Paul, a Cleveland native, was selling authentic throwback jerseys out of the trunk of his car and was headed to Atlanta to restock. James was wearing a replica Michael Vick Falcons jersey.

“Tiny and thin but with swag twice his size, the then-21-year-old Paul strolled toward the gate in his authentic Warren Moon, complemented by white Air Force 1’s with the red sole and red swoosh. James and his friends did double takes,” Broussard wrote. “Finally James approached the little man and asked where he got his jersey. Turns out Paul, a Cleveland native, sold them from the trunk of his car. James would soon have a gold Magic Johnson Lakers authentic and a blue Joe Namath Rams one. And James and Paul would soon become the best of friends.”

James later brought Paul into his inner circle after the 2003 draft, employing him as part of King James Inc. along with Maverick Carter and Randy Mims. “I just felt like Rich was someone I wanted to grow with,” James told Broussard. “He’d always kept it real with me, and I wanted him to be down with my team.”

Paul then began working at Creative Artists Agency under Leon Rose, James’ first agent. A graduate of Benedictine High School in Cleveland, Paul had taken classes at Akron and Cleveland State, but mostly learned on the job.

“I had great teaching,” Paul told ESPN. “Working with Nike and at CAA, that’s the equivalent of going to Michigan Law School and to MIT.” 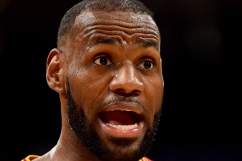 LeBron James Contract 2018: How Much Money Will He Make With Lakers?

2. Paul Founded Klutch Sports in 2012 & He Pushed LeBron to Go Back to Cleveland

Paul left CAA in 2012 and founded Klutch Sports Group and LeBron James followed him to the new agency. “Paul is a good guy who’s starting a little 4-person business,” a CAA insider told Deadline in 2012. “We wish them well.”

The agency began to grow in 2013, as Paul started hiring other agents and expanding his staff, according to SportsBusiness Journal. Along with James, the agency’s first clients were then-San Antonio Spurs guard Cory Joseph, who now plays for the Pacers, and Cleveland Cavaliers forward Tristan Thompson. The agency is based in Cleveland, but Paul also owns a home in Los Angeles.

“I received a lot of calls from people once I made my move,” he told SportsBusiness Journal. “It was really overwhelming, the calls I did receive from some very, very brilliant people.”

Adrian Wojnarowski reported in 2014 that it was Paul who pushed for LeBron to return to their native state and paly with the Cavaliers for a second stint. Paul called it “something of a mission.”

In 2016, Paul made a splash by buying a $3 million summer home in Los Angeles, joining James, who owns a $21 million home in Brentwood and Maverick Carter, who has a $3.47 million home in Hollywood Hills, in the LA area. According to Cleveland.com, Paul planned on continuing to live and operate his agency out of Cleveland, but wanted to have a home in Los Angeles, where James and his other clients were spending their summers. 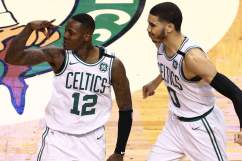 The Celtics Are Now Clear Favorites to Win the East

Thompson told Cleveland.com he thought it was the right decision to stick with Paul after he left CAA, “Most of these agents are lawyers and really don’t know anything about basketball. With Rich having the basketball experience, he learned a lot from Leon Rose (at CAA) and all the other guys he’s been around. But in terms of the basketball side, he probably knows more than most agents out there.”

An NBA general manager who has worked with Paul told ESPN, “There are very few agents who are truly sophisticated school-taught lawyers who understand everything about contract law. There’s no specific training to be an agent. Most of the smart ones are more marketing guys than anything else. Is Rich sophisticated enough? Well, he’s sophisticated enough that he has LeBron.” 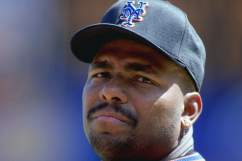 Bobby Bonilla Contract: How Many More Years Will the Mets Pay Him?

4. Paul Is One of the Most Powerful Agents in the NBA & Klutch Sports Has Brought in $20.7 Million in Commissions, According to Forbes

With LeBron James at the top of their client list, Rich Paul and Klutch Sports have become among the most powerful agencies and agents in the NBA. In 2017, Business Insider ranked Rich Paul as one of the game’s top agents, despite his agency representing only 13 players at the time.

Also in 2017, Forbes ranked Klutch Sports Group as the No. 34 most valuable sports agencies. Forbes says Paul and his agency have brought in $20.7 million in commissions and had a contract value under management of $516.48 million.

“He is a really good communicator and knows the basketball side real well — I could see him on our side of the game someday,” David Griffin, the Cavaliers’ former general manager, told the New York Times in 2014.

Paul works alongside veteran agent Mark Termini and with powerful lawyer Fred Nance, who was once a finalist for the NFL’s commissioner job, and Nance’s Cleveland firm, Squire Patton Boggs, according to the Times. 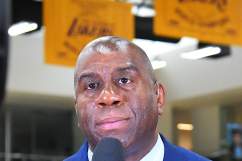 Lakers Cap Space: How Much Money Can L.A. Spend on LeBron & Others in Free Agency

5. LeBron’s Close Ties to Klutch Sports, Which He Has Called His ‘Family,’ Led to an NBA Investigation Into Whether He Owned Shares in the Company (He Doesn’t)

LeBron James has said that Rich Paul and Klutch Sports are his “family.” But his close relationship with Paul led the NBA to investigate whether he had any financial connection to Klutch, ESPN’s Brian Windhorst said on a podcast in 2017. They found James did not have any stake in the agency.

Windhorst said on “The Basketball Analogy” podcast that it was “laughable” for the NBA to think James would have invested in Klutch, since agent commissions can only be 4 percent of a player’s contract.

In 2014, James encouraged the Phoenix Suns to pay Eric Bledsoe, another one of Klutch’s clients, and congratulated Bledose and Paul when he signed a $70 million deal.

“When LeBron said ‘We,’ he meant us. That being myself, LeBron, Eric and the rest of the guys I represent. No one is telling other players that they don’t know what they’re doing when they choose to sign with other agents, so why is it that way with us? Not to mention that we are producing results. So, that’s all he meant. We’re a family,” he told Cleveland.com. Paul said he often hangs out with his clients, unlike some agents. “Well, that’s what they (agents) choose to do. There’s an age and interest difference for a lot of them. It’s not an agent-player relationship all the time. We’re all young men that are in business together. That’s how it is and it’s unique. At the same time, I understand it, but again, there’s no right or wrong way to represent a client.”

He added, “I’m 33 years old. If a guy is 24, chances are we listen to the same music and like some of the same clothes. We may do things together and hang out. It’s a false perception of what that relationship should look like. That thinking has been set upon us to create this difference between players so that the player perceives the agent as all business. Other agents have fun, too. Players just aren’t interested in doing the things they do.” 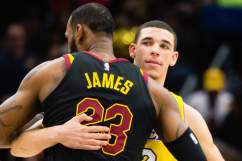