Getty Justin Thomas plays his shot from the first tee during the World Golf Championships-Bridgestone Invitational - Final Round at Firestone Country Club South Course on August 5, 2018 in Akron, Ohio.

Justin Thomas took home a $1.7 million paycheck with a victory at the WGC Bridgestone Invitational on Sunday. Thomas held off a field of 70 other players at one of the more lucrative tournaments on the PGA Tour.

Thomas shot 15-under for the tournament, beating second-place finisher Kyle Stanley by four shots. Dustin Johnson and Thorbjørn Olesen finished tied for third at 10-under. The Bridgestone Invitational has a purse of $10 million.

The Bridgestone Invitational, played at Firestone Country Club in Akron, Ohio, is one of four invitation-only World Golf Championships events on the tour. The purse for the Bridgestone Invitational is among the higher winner pools on the PGA Tour at $10 million. And with only 71 players in the field, there is more money to go around. Along with the first place price of $1,700,000, second place takes home $1,070,000 and third place receives $587,000. The last place finisher wins $46,450, which is higher than a top 30 finish at some tournaments on the PGA Tour.

“We had a great run here at Firestone Country Club with the PGA Tour and a World Golf Championship,” PGA Tour Commissioner Jay Monahan told Golf.com. “One of the primary reasons it’s been a success is because of an exceptional golf course. But continuing to play here was not a reality.”

Last year’s winner at Bridgestone, Hideki Matsuyama, won $1.66 million of a $9.75 million purse. The prize pool was increased slightly this year and the purse now ranks sixth among PGA Tour events in 2018, behind only the four majors and The Players Championship.

Two other WGC events, the Dell Technologies Match Play, won by Bubba Watson, and the Mexico Championship, won by Phil Mickelson also payout $10 million. The final WGC event, the HSBC Champions, which will be played in late October, pays out $9.75 million.

The world’s top players make the trip to the four WGC tournaments each year with a big payout on the line and a good-sized check just for showing up. The tournament does not cut any players because of the 71-golfer field. Tiger Woods has won more than $10 million at the Bridgestone Invitational in his career, including 9 wins, according to USA Today.

The Bridgestone Invitational field includes the top 50 players from the Official World Golf Ranking, along with members of the Presidents Cup teams and the winners of selected tournaments on the PGA Tour and other international tours.

Thomas, 25, took a three-shot lead into Sunday’s final round of this year’s tournament. Thomas, who turned pro in 2013, had previously won eight times on the PGA Tour, including the 2017 PGA Championship, and has earned $22,355,706 during his career. Thomas entered the tournament looking to bounce back from a missed cut at the British Open and hoping to build some momentum building into a title defense next week at the PGA Championship.

“I felt like I had been close,” Thomas told USA Today. “The results and the scores didn’t show it. I’m just happy to finally play this place well. Obviously I have a day left, but I played three really good days of golf. … We still have a day left just to keep sticking to our game plan. I’m excited for the opportunity tomorrow. I guess it’s been a little while in my eyes, but have a lot of really good players that are going to be chasing me down.” 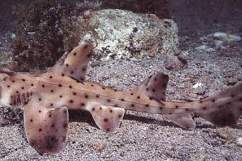 WATCH: Shark Stolen From San Antonio Aquarium Disguised as a Baby in a Stroller

Read More
Breaking News, Golf, PGA Tour
The WGC Bridgestone is being played this weekend. Here's a breakdown of the 2018 purse, including how much money the winner makes.