Phil Mickelson will be facing Tiger Woods in a match worth $9 million (plus side bets) in Las Vegas, Nevada. The match will be available to viewers who pay the $19.99 Pay Per View pricetag.

Both golf legends in their own rights, the two athletes decided to take on this new challenge, which is set to be one of the biggest golf showdowns of the year.

“We were originally going to partner up. I know that we wanted to and would like to have a chance to partner up again in the Ryder Cup and show that we can play well together. There was (thought) of maybe doing that and having a partnership with some younger guys. When it was brought or talked about amongst [David] Levy (president of Turner) and some of the television guys, they really wanted us to go head and head, which I always enjoy going head to head. I haven’t had great success, but I always enjoy it. It kind of took off from there,” Mickelson told CBS Sports ahead of Friday’s game.

Mickelson will have the support of his family as he tries to outplay Woods. His wife, Amy, their three kids, Evan, Sophia, and Amanda, and his parents, Mary and Phil, will all be cheering him on this afternoon. 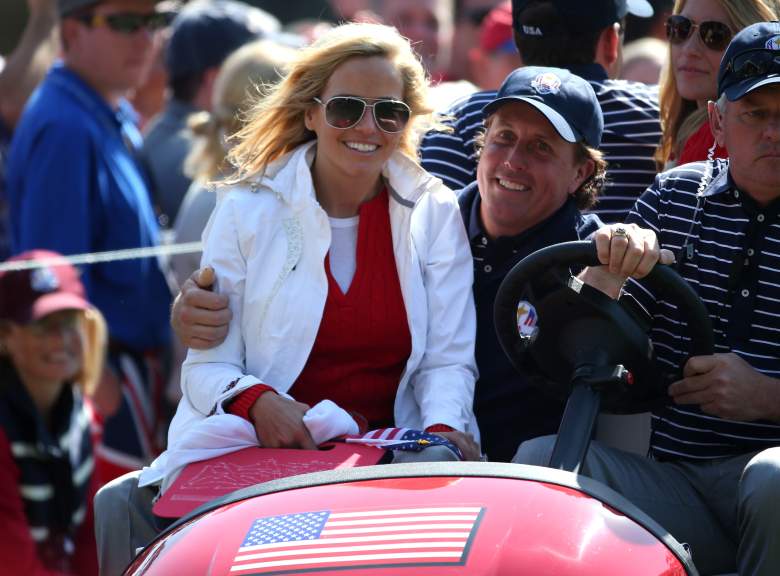 Phil and Amy met in 1992 at Arizona State University. At the time, Amy was a junior and cheerleader for the Phoenix Suns, and Phil, who had just graduated, was beginning his career on Tour.

Four years later, on November 16, 1996, the two tied the knot. They have now have been married for more than 20 years.

A focus of Phil and Amy’s life together has been their philanthropic work.

In 2004, they began the Phil and Amy Mickelson Foundation, which supports “a variety of youth and family initiatives.”

They also founded “Birdies for the Brave” to raise money in support of combat-wounded veterans. The PGA Tour then adopted the program and expanded it to include a wide variety of military outreach and appreciation activities during Tour events.

2. He Has 3 Children With His Wife 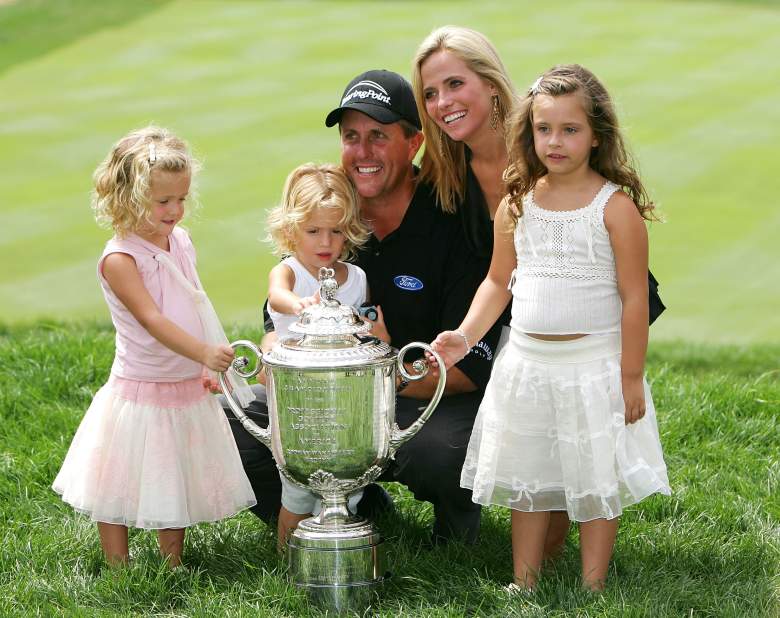 Amy went into labor with their oldest daughter on the Sunday of the U.S. Open in 1999. However, she refrained from telling her husband she had gone to the hospital since he was in contention to win the title.

“That was a different time,” she said to PGATour.com. “Our world was centered around golf. He was very determined.”

The late Payne Stewart ultimately won, with Mickelson finishing behind him. Immediately following Stewart’s victory, he walked up to Mickelson telling him, “you’re going to be a great father.”

Amy said in an interview with PGATour.com, it is a moment she will never forget:

It was very, very emotional watching it. Payne makes this big putt at the end and it was kind of surreal. It never occurred to me that Phil wasn’t going to win. So that was hard.

But as we all know, Payne was the epitome of class at that moment. He walked over and said all those beautiful things to Phil about being a father at the same moment he was winning a major championship. It was incredible.

“I am covered with goosebumps right now, getting choked up thinking about it,” Amy told PGATour.com. “Him being the man he was at the time, it was his destiny. It was just meant to be.

“That major was meant to be Payne’s.”

Two years after Amanda’s birth, their second child, Sophia, was born in 2001. Their third child and only son, Evan, was born in 2003. However, the birth was life-threatening both for Amy and the baby.

“I didn’t really get into it too much, but Amy had a very dangerous delivery with the birth of Evan,” Mickelson told ESPN. “He had a very difficult delivery, too.”

“He didn’t breathe for seven minutes, and had the emergency nurses not been there with the equipment ready, he might have had some severe brain damage or other circumstances.”

During his birth, Phil worried he would lose both Amy and his son when Amy ruptured an artery in her uterus and Evan wasn’t breathing. Fortunately, both survived the difficult childbirth.

These days, the Mickelson kids are all teenagers. The youngest Mickelson, Evan, 15, is still in high school. The middle child, Sophia, is 17 years old and will soon be heading off to college. Mickelson’s oldest daughter, Amanda, is 19 and a sophomore at Brown University in Rhode Island.

3. His Dad Owns a Company Called Sportscope & Is the President of Mickelson Group Inc.

Phil Mickelson Sr. purchased a company called Sportscope back in 1997. The San Diego-based company manufactures a “light, metal, hand-held periscope,” according to USA Today. Phil Sr. took interest in the company’s product when his son first started out in golf. It was Phil Jr.’s mother, Mary, who bought him a periscope.

“Phil had just come out on tour a little bit before that, and he became pretty popular, and the crowds became so large that it was hard to watch him play.  I really liked it when I took it out on the golf course, and all my friends would say, ‘What is that? Can I look through it?'” Mickelson Sr. told USA Today.

Mickelson Sr. was a naval aviator and a commercial airline pilot. He is now the president of the Mickelson Group Inc.

4. Amy Is a Breast Cancer Survivor 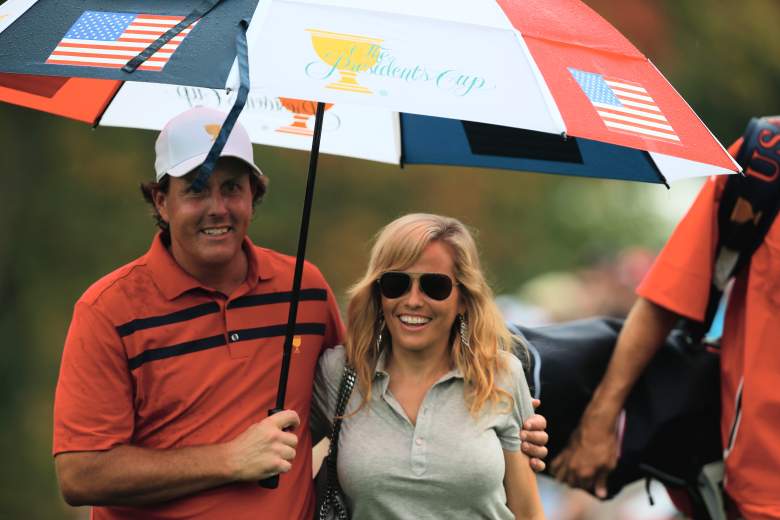 In May 2009, news broke that Amy Mickelson has breast cancer. Her diagnosis stunned and saddened the sports world.

Phil told ESPN that he would be suspending his PGA Tour play indefinitely, but Amy urged him to go back soon after.

The golf community rallied around Amy, showing many signs of support, John Daly wore pink pants in support of her, while the PGA Tour held a “pink out.”

Although she missed a full year of tournaments that year due to frequent treatments, she was able attend the 2010 Masters in Augusta to watch her husband win one of the greatest tournaments in golf.

Mickelson completed his victory with a 16-under performance and embraced his wife in an emotional win.

Amy won her 11-month fight and now has a clean bill of health. Today she is still cancer free and active in many breast cancer charities.

Tim Mickelson served five years as men’s golf coach at Arizona State before stepping down from the program back in 2016.

The 39-year-old said in a statement that he left to “pursue other business opportunities outside of the college athletics world.”

In his time at ASU, he helped the program, which was ranked 85th when he took over to as high as No. 2.

He was instrumental in developing of one of the school’s all-time best players, two-time Ben Hogan Award winner Jon Rahm. There was speculation this spring that Mickelson would join Rahm in the pros and become his agent

“I think I’m leaving it in a good position for whoever takes over to continue building on what’s been done the last five years,” Mickelson told GolfDigest.com.

READ NEXT: Find Out Phil Mickelson’s Net Worth Here