Getty Fred Hoiberg has been fired by the Chicago Bulls. What now?

On Monday morning, the Chicago Bulls fired head coach Fred Hoiberg after the team got off to a disappointing 5-19 start. Hoiberg was in the fourth year of the five-year deal he signed when the Bulls hired him in 2015 after a successful stay at Iowa State University
.
Here’s what Bulls Executive Vice President of Basketball Operations John Paxson had to say about the decision to let Hoiberg go:

“Decisions like this one are never easy to make, however, I felt this was the right choice for our organization at this time. After a thorough evaluation, I elected to make this move with the overall development of our team in mind. As a team, I believe it is imperative that we make unfaltering strides in the right direction and build the right habits to help put our players in the best position to evolve not only now, but into the future. I want to thank Fred for his dedication and efforts, as well as for his enduring commitment to our team.”

During Hoiberg’s tenure with the Bulls, the team compiled a 115-155 record. The 155 losses are the fifth-most in team history. This season, the Bulls struggled with injuries to Kris Dunn, Lauri Markkanen and Bobby Portis, but throughout Hoiberg’s time on the Chicago sidelines, his teams have been wrought with internal discord. There is a strong consensus that he has never been respected by his players and that has manifested itself in a variety of ways, from fights in practice to insubordination.

Longtime NBA and current Bulls assistant coach Jim Boylen has been promoted to head coach. That’s a key distinction. He’s not being called the interim coach which is almost always a temporary designation. Because of this, it would seem Boylen has a shot to prove he can lead this team to marked improvement. With Markkanen making his season debut on December 1 and with Dunn and Portis expected to return later this month, Boylen will have the entire team at his disposal. 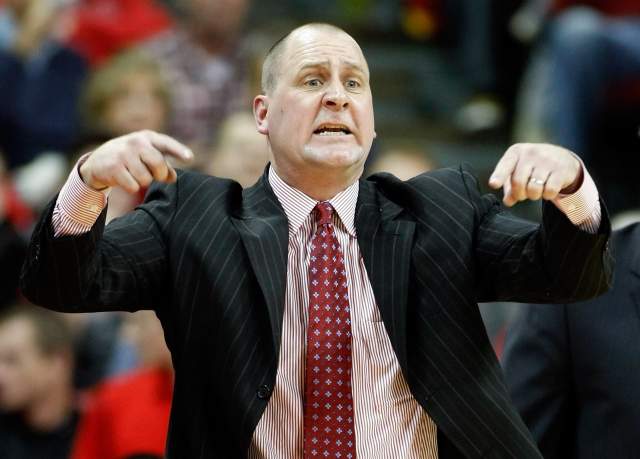 If he can at the very least guide the team toward being competitive every night, he could maintain his position. The 63-year-old is signed through the 2019-20 season, but the Bulls have not re-worked his contract despite him taking on a larger role.

Perhaps Boylen isn’t just working to save his own job; he might be working to save general manager Gar Forman and Paxson from the firing line. Many fans in Chicago have called for the firings of Forman and Paxson as the team has sputtered in the pool of mediocrity for the past five years. Hoiberg was their prize hire and with that investment now deemed a failure, the target would seemingly be on that pair in team management. Boylen is obviously a Forman and Paxson hire as well, so if he can help produce a remarkable turnaround, perhaps it could extend all of their stays in the Windy City.

If the Bulls don’t show enough improvement the rest of the way, it’s more likely Boylen, Forman and Paxson are let go at the end of the season. The Bulls still owe Hoiberg for the rest of this season and the next. If they bring in a new coach, the team would have to pay him or her as well as Hoiberg. If Boylen flops, the Bulls and its fans could be looking at an entirely new face in the front office and on the sidelines.

After years of poor performances, I doubt strongly you’d see a lot of tears shed if that’s how all of this plays out.

Read More
Chicago Bulls
The Chicago Bulls have fired Fred Hoiberg, but what does that mean for the team's coaching and front office now and in the future?