During the 2019 Super Bowl pre-show, deaf activist Aarron Loggins will be signing the national anthem and “America the Beautiful” performances in American Sign Language. Gladys Knight is set to sing the national anthem, while the duo Chloe x Halle will sing “America the Beautiful”. In mid-January 2019, the National Association of the Deaf announced Loggins’ participation in this year’s Super Bowl.

Loggins’ bio on the NAD website describes him as this, “Aarron Loggins is an accomplished dancer, performer, advocate, and actor. He is currently performing on series including The C-Word and Shock Nation, and can be seen in a short film, Warriors of the Red Ribbon. He was the Mister Deaf International of 2014 and was profiled on Fashion News Live. He has danced with performance groups as the Wild Zappers and Da Jump Back, and has performed with the National Theater of the Deaf. In addition, he has acted in several theater productions including Who’s Tommy, and Sense-Able. His talent includes creating visually compelling American Sign Language (ASL) performances of music.”

According to Loggins’ personal website, he originally hails from Illinois and he began learning sign language at the young age of 3. He went on to become an entertainer and an advocate for the death and for those hard of hearing. He also graduated from Gallaudet University in 2008 with a degree in Theater Arts. He has appeared in several plays, music videos and he even founded the deaf step team Da Jump Back, which he danced with. Currently, he is working on a foundation called Believe In YOURSELF.

Atlanta, here I come and will bring "A" game this Sunday. Going in with our Legendary R&B Gladys Knight and along with Chloe×Halle during the National Anthem at Superbowl. Excuse my bowtie ????Salute ?✔ #DEAFTALENT #SB53 #34THE? #BELIEVEINYOURSELF #MDI2014 #TEAMDEAFKING

The Super Bowl 2019 pre-show, which features the national anthem and “America the Beautiful” performances, starts at 6 p.m. ET/3 p.m. PT.

Other performers lined up for tonight’s big game include Maroon 5, Big Boi and Travis Scott. Maroon 5 is the headliner of the Super Bowl 2019 Halftime Show, with Big Boi and Travis Scott joining in on the performance. Adam Levine of Maroon 5 has stated that the Halftime Show will have a definite hip-hop presence. In a previous statement to Variety, according to Vulture, Levine said, “Something unique to this band is that we have always looked to hip-hop, R&B, all rhythmic forms of music. All of the innovation and the incredible things happening in music are in hip-hop. It’s better than everything else. Hip-hop is weird and avant-garde and flawed and real, and that’s why people love it.”

In addition to performing at this year’s Super Bowl, Adam Levine is also gearing up for another season of The Voice, which premieres this month. John Legend has jumped aboard the Voice ship as a coach, alongside Levine and other familiar faces for the 2019 season. 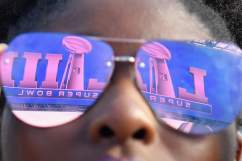 For those who would like to watch Aarron Loggins signing tonight, you may be looking for ways to watch the performances online if you do not have a cable subscription. The Super Bowl airs on the CBS network and you can watch CBS live on your computer, phone or streaming device by signing up for one of the following cable-free, live-TV streaming services:

Once you’re signed up for both Amazon Prime and the CBS channel, you can then watch CBS live on your computer via the Amazon website, or you can watch on your phone (Android and iPhone compatible), tablet, Roku, Amazon Fire TV, Fire TV Stick, Xbox One, PlayStation 4 or other streaming device via the Amazon Video app.

This service lets you watch a live stream of your local CBS channel, as well as all of CBS’ on-demand library. It’s ultimately the same as the Amazon Prime option, only you’re watching through CBS’ digital platform rather than Amazon’s. You can sign up for a free 7-day trial, and then you can watch CBS live on your computer via the CBS website, or on your phone (Android and iPhone compatible), tablet, Apple TV, Roku, Amazon Fire TV, Xbox One, PlayStation 4 or other streaming device via the CBS app. 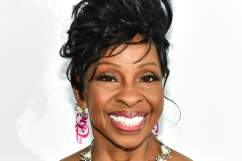 CBS (available live in select markets, which you can find here) is one of 85 channels included in the main Fubo bundle. You can sign up for a free 7-day trial right here, and you can then watch a live stream of the show on your computer via the FuboTV website, or on your phone (Android and iPhone supported), tablet, Roku, Apple TV, Amazon Fire TV, Chromecast or other supported device via the FuboTV app.

In addition to their extensive Netflix-like streaming library, Hulu now also offers a bundle of 50-plus live TV channels, including CBS (available live in select markets, which you can find here). You can sign up for “Hulu with Live TV” right here, and you can then watch a live stream of the show on your computer via the Hulu website, or on your phone (Android and iPhone supported), tablet, Roku, Apple TV, Amazon Fire TV, Chromecast, Xbox One, PlayStation 4, Nintendo Switch, Echo Show or other streaming device via the Hulu app.