Getty The majority of Champions League games can end in a tie.

Champions League games avoid heading to overtime (extra time) in most cases with a few exceptions. The teams play two legs in the Round of 16, quarterfinals and semifinals. This means games can end in a tie before the tournament reaches the championship match. The only way there is overtime is if the two teams are tied in aggregate goals after the two matches are completed. The first tiebreaker is away goals and overtime would occur if both teams were also tied in this category.

Here is how UEFA describes the Champions League overtime scenario.

Aside from the second leg of the series, the championship match also presents an opportunity for games to head to overtime. If two teams are tied after regulation in the championship, the game would go into extra time. Here are the championship overtime rules, per UEFA.

During the Champions League Final, Penalty Kicks Are Possible

Given the rules, seeing penalty kicks in Champions League matches is a rarity, but it is possible during the final given there cannot be a tie. If the game remains tied after extra time, here are the rules for penalty kicks during the championship match, per UEFA.

Kicks from the penalty mark are taken in accordance with the procedure laid down in the IFAB Laws of the Game. 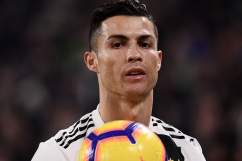 Champions League Rules: What Is the Format for UEFA Tournament?