Meredith Rae Jeremiah, 44, is married to NFL Network analyst Daniel Jeremiah, 41, who also serves as a color commentator during Los Angeles Chargers games. Before joining the NFL Network, Jeremiah worked as a scout for the Philadelphia Eagles and played quarterback at Appalachian State.

The couple tied the knot during Jeremiah’s senior year of college in 2000. Mrs. Jeremiah goes by the nickname Merae. They have four children together and live in southern California.

1. Daniel Jeremiah Says He Had a Huge Crush on Merae as a Teenager; She is His Best Friend’s Older Sister

The love story between the Jeremiahs is something out a cute movie. Daniel Jeremiah loved to spend time with his best friend, but he also looked forward to seeing his friend’s older sister, Merae.

He explained in an Instagram post in 2014, “When I was growing up, I had a HUGE crush on my best friend’s older sister. Tomorrow we will celebrate our 14th anniversary! Blessed!!” Merae’s own Instagram account is private, but she left a comment on her husband’s picture. “Love u! Happy Anniversary! Best decision I ever made.”

2. Merae & Daniel Jeremiah Got Married During His Senior Year of College at Appalachian State & Became Pregnant With Their First Child Within Six Months

Daniel Jeremiah juggled college, his responsibilities as the starting quarterback on the football team, and being a newlywed. He and Merae tied the knot in March of 2000, prior to him earning his degree.

The couple recently celebrated their 19th wedding anniversary. Jeremiah wrote on Instagram, “March 11, 2000, seems like yesterday. So thankful for my bride! Every day is better than the previous one. ?”

Merae and Daniel wasted no time before starting a family. He explained in a 2014 interview that they found out they were expecting about six months after they got married. They went on to have a total of 4 children, two daughters and two sons, all of whom are now teenagers.

3. Daniel Jeremiah Commutes About 100 Miles to Work at the NFL Network; He & Marae Decided on That Plan to Avoid Uprooting Their Children From Their School

Daniel Jeremiah joined the NFL Network as an analyst in 2012. He and Merae ultimately decided against moving the family closer to Culver City, which is where the network’s studio is located.

In an interview with the website “Jeans & Ties” in 2015, Jeremiah explained that the commute from their home, which is about 100 miles south from Culver City, can take about three hours in rush-hour traffic. But they decided on this route rather than uproot their four children from their school.

Jeremiah explained that the long road trips mean he often spends late nights watching game film. But Merae was no longer corralled into watching footage with him once their children became a little older. Jeremiah said at the time, “My wife laughs because I used to grab her and be like, ‘Come here, come here. You have to see this.’ And she just didn’t care. Now my oldest son is 11 and has played flag football for three years, and he loves it.” 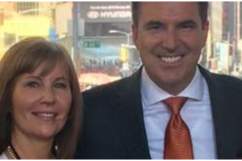 4. The Jeremiahs Enjoy Trips to Alaska Together & Appear to Exercise Together

Daniel and Merae Jeremiah appear to enjoy traveling north when they head out on vacation. His Instagram account included several photos that mention trips to Alaska. He has since made those photos private or removed them.

When they’re not running after their four children and he’s not stuck in southern California traffic, Merae and Daniel appear to enjoy exercising together. As referenced above, Merae’s Instagram account is private but her husband shared a post from when they ran the Crown City Classic together on July 4, 2015. She didn’t specify which race they participated in, but wrote that it was a “Great way to start the 4th! ??”

Meredith Rae was born on August 25, 1974. While her husband chose a career that involves a lot of time spent on-camera before an audience, she appears to prefer her privacy, especially on social media.

But she appears to agree with her husband on raising their children in the Christian faith. Her Instagram account, though private, includes a well-known Bible verse in the bio section. Merae cited 2 Corinthians 5:7, “Walk by faith, not by sight.”

Danial Jeremiah is the son of Christian author David Jeremiah, who is a well-known evangelical pastor. He is the pastor of the Shadow Mountain Community Church located in El Cajon, California, a suburb of San Diego. 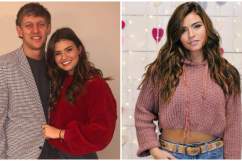