LeBron James was among those excited to see the Lakers jump up to No. 4 in the NBA draft lottery after being projected to be selecting in the teens. It is worth noting that this now puts the Lakers in position to draft Vanderbilt point guard Darius Garland, a fellow Klutch Sports athlete with James.

As the above photo shows, Garland just so happened to be at last week’s HBO premiere of the Muhammad Ali documentary “What’s My Name?”, produced by James along with Maverick Carter.

“#4 ? Beautiful,” James tweeted after the lottery.

Klutch Sports has picked up a few NBA clients over the last year as SB Nation detailed.

Klutch has been on a tear lately. It signed Davis at the start of this NBA season to add to a roster that already includes Ben Simmons, John Wall, and Eric Bledsoe. Klutch is already cornering the market ahead of the 2019 draft, signing projected top-10 pick Darius Garland (who declared early after a season-ending injury at Vanderbilt) as well as Darius Bazley, the former Syracuse commit who opted to spend this season training for the draft instead.

While James is unlikely to make a push for Garland publicly, it makes some sense that the Lakers may take into account James’ preference when the draft rolls around. This is especially true with the Ty Lue falling through as the new Lakers head coach.

If Paul vouches for Garland, this could mean something to James. The New York Times detailed James and Paul meeting for the first time at the Akron airport over their affinity for throwback jerseys.

James, captivated by Paul’s Warren Moon throwback jersey, asked where he got it. It turned out that Paul was selling jerseys out of the trunk of his car and was going to Atlanta to buy more. He gave James his connection in Atlanta, and he told him to drop his name for a discount, and then went on his way.

James noted their partnership came from their desire to do something big with their lives and wanted to do it together.

Klutch Sports’ Kentavious Caldwell-Pope Was Signed by the Lakers

It is understandable that Kentavious Caldwell-Pope’s signing with the Lakers would be overshadowed by James. It is worth noting that Caldwell-Pope’s news broke on the same day as James’ signing. Caldwell-Pope is also represented by Klutch Sports and was paid $12 million this season while averaging 11.4 points per game.

This is not to say that Garland is going to be drafted by the Lakers just because of the LeBron connection. However, to say it is a non-factor in a Lakers offseason that is already off to a bumpy ride would be a bit nieve.

Paul has gone from being laughed at as being “LeBron’s guy” to building Klutch Sports into one of the most powerful agencies to represent NBA players. It is worth watching just how this all plays out, but don’t be surprised if Garland is wearing purple and gold next season. 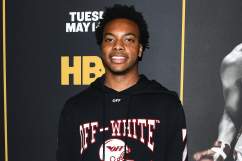