Getty Kawhi Leonard will be one of the top NBA free agents on the market this summer.

Kawhi Leonard will be a free agent in less than a month, and it is anyone’s guess whether the All-Star will stay in Toronto. There had been reports that Leonard bought property in Toronto, but the All-Star denied the purchase has happened “yet.”

“When asked if he bought property in Toronto, Raptors free agent to be forward Kawhi Leonard said: ‘Didn’t happen, yet. No,'” ESPN Marc Spears tweeted.

True Hoops’ David Thorpe reported that Leonard is expected to re-sign with the Raptors on a short-term deal (via Hoops Hype).

Of course, he’s about to be a free agent. And because of that, as the media you might expect to hear sunny things about Kawhi’s return from Raptors sources eager to tamp down the impression Kawhi is bound for the Clippers or another team. But even before the Finals began, we at TrueHoop heard from plugged-in sources associated with players and the league—but not the team—that Kawhi would return to Toronto, at least on a short-term deal.

Fox Sports’ Cris Carter noted that Leonard is interested in teaming up with Kevin Durant on the Knicks.

“Interesting insight from Chris Carter this morning on @FTFonFS1. Carter, who is very close w/ Kawhi Leonard and his camp, said that: ‘I believe the Knicks have a shot to land Kawhi and KD.’ And added that Kawhi and Durant teaming up in New York is a ‘real possibility,'” NBC Sports’ Tommy Breer tweeted.

Here is the challenge with all of the info, it is coming from someone other than Leonard himself. Like most things, Leonard has been quiet about his plans which means a lot of what we hear is speculation.

Kawhi on Free Agency: “You Know You Want”

Despite the Raptors potential title run, Leonard insists that it will not be the only thing that impacts his decision. While Leonard admits to knowing “what [he will] want,” the Raptors star also told ESPN he is only focused on the Raptors winning a championship.

“Not now,” Leonard explained to ESPN. “I mean, obviously — you know what you want. But I’m not thinking, like — just because of this and this, I’m gonna re-sign. I’m not even thinking about signing or what team I’m gonna go to, free agency, none of that. I’m just focused on what’s in front of me right now. And then, you know, once it’s over, then I’ll revisit everything.”

The Clippers Skepticism Has Increased Given the Raptors NBA Finals Success

Leonard has continuously been linked to the Clippers, but The Athletic’s Joe Vardon reported that the front office has become increasingly worried by the Raptors deep playoff run to the NBA finals. While the Clippers believe Leonard will “answer the phone” to hear their pitch, their chances may have taken a hit, per The Athletic.

The team most associated with Leonard as far as a landing spot in free agency are the Clippers. Their confidence in Leonard picking them in a few weeks has been reportedly high for much of the year. But, league sources said over the last few days, the Clippers are seeing what we’re seeing — Leonard leading the team for which he currently plays to the brink of its first title. The Clippers, those sources said, feel confident Leonard will answer the phone when they call on June 30, but beyond that there is no way to know what impact Leonard’s Finals run will have. Those sources said the Clippers spend most of their time in meetings preparing for scenarios in which he doesn’t come to L.A.

The Raptors success can be viewed from two lenses. While it is true that a potential title could add to the lure of re-signing with the Raptors, it might give Leonard more freedom to go where he wants, even if it is for non-basketball reasons.

There would be no ill will held by Raptors fans if Leonard leaves given he has led the team to its best season in franchise history. Leonard will have potentially two NBA championships so there may be a little less pressure to make a decision purely for basketball reasons. If Leonard wants to return to Southern California, a title may give the All-Star even more freedom to do so. However, if Leonard is making a move based strictly on basketball, it is hard to argue with the Raptors success. 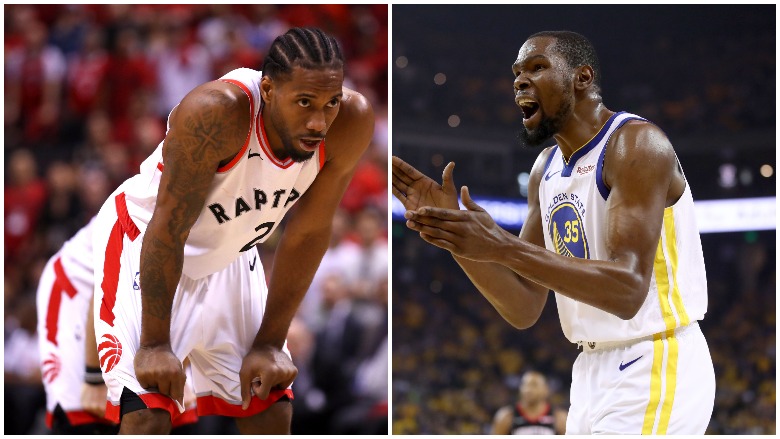