Getty Cam Newton and the Carolina Panthers are featured on the latest season of "All or Nothing."

The Carolina Panthers are the latest team to be featured on Amazon’s “All or Nothing” docu-series. All or Nothing Season 4 with the Panthers was scheduled to be released on Friday, July 19, but it looks like Amazon has released the show a little early on the eve of the official date.

The Panthers are the latest team to be featured joining the Cardinals, Rams and Cowboys who were previously selected for the series. Fans will need an Amazon Prime subscription (or trial) to be able to watch the series. Actor Jon Hamm returns to narrate the Panthers season in “All or Nothing.”

One of the big storylines of the series is expected to be Cam Newton’s shoulder injury. There is also the breakout season of Christian McCaffrey, one of the few bright spots for a team that missed the playoffs. After starting the season 6-2, the Panthers lost seven straight games to end their postseason hopes.

Some of the less favorable parts of the Panthers season were not included. Please be advised there is a minor spoiler ahead about one of the stories not included in “All of Nothing.”

One of the biggest controversies surrounding the Panthers season had nothing to do with the players. According to the Charlotte Observer, former Carolina owner Jerry Richardson was not mentioned in the series, despite the workplace misconduct scandal that led to him selling the team to David Tepper.

Richardson founded the Panthers. He owned the team for 23 of its 24 NFL seasons. Then, shrouded in a workplace misconduct scandal that eventually caused the NFL to issue him the largest fine in league history, Richardson sold the team under duress in 2018 to David Tepper.

Yet Richardson’s name is never mentioned in a single episode. It’s as if Tepper simply emerged from some random financial market with a few billion dollars and bought the team from Costco.

Cam Newton, arriving fashionably late with two of his very cute children and his entire 7-on-7 all-star team in tow, at “All or Nothing.” pic.twitter.com/mehYdo5lEm

Football fans were not expecting to be able to watch “All or Nothing” until midnight at the earliest. Amazon gave fans a present with an early release of Season 4 episodes while the Panthers players were attending their own private screening of the series. With Netflix also dropping “Last Chance U” on July 19 there is plenty of football to binge-watch this weekend. 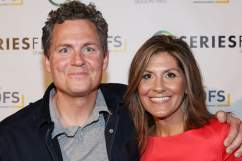 ‘Last Chance U’ Release Date: What Time Can You Watch Season 4 New Episodes?

Read More
Cam Newton, Carolina Panthers, Football, NFL
When is the new season of "All or Nothing" with the Carolina Panthers being released? Find out the latest on the early release date for Season 4.