Facebook via Darrell Skaggs when he played baseball in high school.

Tyler Skaggs’ death was announced in a statement by the Angels on July 1. The Angels statement read, “It is with great sorrow that we report Tyler Skaggs passed away earlier today in Texas. Tyler has, and always be, an important part of the Angels family. Our thoughts and prayers with his wife Carli and his entire family during this devastating time.”

Tyler was with the Angels in Texas to play the Rangers; however, as a result of Skaggs’ death, Monday’s game has been called off.

According to a press release from the Southlake Department of Public Safety, the Southlake Police Department responded to a call of an unconscious male in a room at the Hilton hotel in Southlake, Texas, at 2:18 p.m. on July 1, 2019. The man was Tyler Skaggs and he was pronounced dead at the scene. No foul play is suspected.

“We would like to extend our condolences to the Skaggs family and to the Los Angeles Angels organization,” the department wrote.

1. Debbie is a Renowned Softball Coach in Santa Monica, California 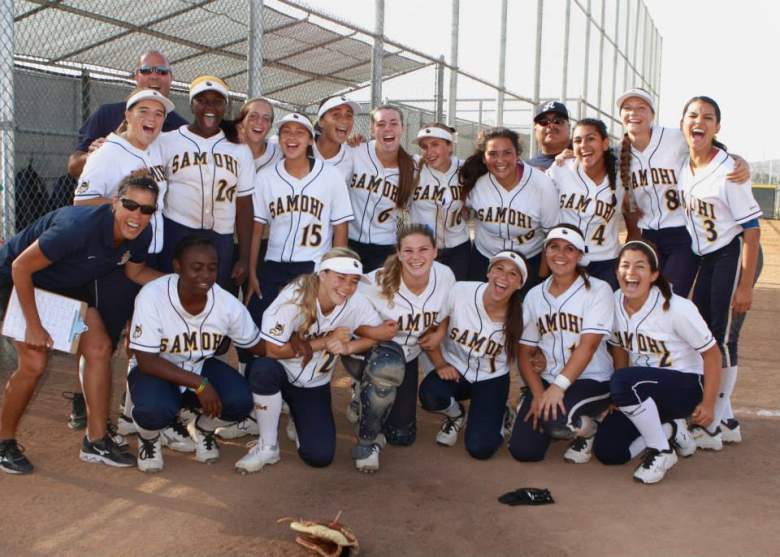 The Santa Monica-Malibu Unified School District released a statement on July 1 that read, “We are devastated to hear the news that Santa Monica High School graduate, Tyler Skaggs, has passed away…Tyler continued to make visits to our schools the past several years to speak with students and we proudly watched his ascent in professional baseball, along with his family. Tyler’s mother, Debbie, was a previous girls softball coach at Samohi and is currently a physical education teacher. Our thoughts and prayers are with his family, friends and fans during this difficult time.”

According to her Facebook page, Debbie has coached softball at Santa Monica High School for more than 30 years.

“If you grew up in Santa Monica, you knew who my mom is,” Skaggs told Ozi.com

The outlet reported that Tyler was a constant presence at his mother’s games and practices. He would play catch and shag balls, taking away anything he could from a collection of formidable female athletes.

Ozi.com shared a touching anecdote about Tyler’s relationship with his mother and her players. After he was selected by the Angels in the first round of the 2009 MLB Draft, he promised Debbie’s players that he would buy them all championship rings if they won a California Interscholastic Federation Southern California championship. The team won the title in 2010 and the players demanded he keep his promise. Debbie said he stayed true to his word.

2. Debbie Has an Identical Twin Sister Who Also Coached Softball

Debbie and Donna with their father.

According to an article in the LA Times in 1997, Debbie’s twin sister Donna coached the Valencia softball team while Debbie coached the Santa Monica softball team. In a fun event when the two teams played each other, Donna’s team came out victorious with a score of 6-2. It was reported that the loser paid for dinner.

Donna’s Facebook page indicates that she works in the William S. Hart Union High School District Santa Clarita, California, where she lives with her family.

3. Both of Debbie’s Husbands Played Baseball

Darrell Skaggs when he played baseball in high school.

4. Debbie Was Extremely Proud of Her Son

Debbie’s last post on Instagram was in celebration of 2019 MLB Draft day on June 3, 2019. She said it was hard to believe it has been 10 years since her son was drafted. Over those years, Debbie and Tyler have frequently shown their love for each other, especially on social media.

“Everyday you add something so amazing to my world!” Debbie wrote in an Instagram post on Tyler’s birthday in 2015. “Happy Birthday to my amazing son @tskaggs45 I love you.”

“Happy Mother’s Day mom love you so much thank you for everything you do for me,” Tyler wrote in an Instagram post on Mother’s Day in 2017.

Debbie Hetman with her father.

Debbie lost her father in August 2017. “Your battle is over, no more pain, no more suffering. I am proud to say you are my Dad, the greatest man I knew ❤️#familyfirst,” she wrote in an Instagram post on August 16, 2017.

In the photo, Debbie’s dad, Tyler’s grandfather, can be seen sporting a Los Angeles Angels ballcap and t-shirt. The entire family seemed to be exceptionally proud and supportive of Tyler.