Getty Cam Newton #1 of the Carolina Panthers looks on against the Buffalo Bills in the first quarter during the preseason game at Bank of America Stadium on August 16, 2019 in Charlotte, North Carolina.

Cam Newton is expected to see his first snaps of the preseason Thursday night against the New England Patriots. The Panthers quarterback sat the first two contests versus the Bears and Bills, but head coach Ron Rivera confirmed at least a few possessions for his starter.

“A lot of it will be about the flow of the game more than anything else,” coach Ron Rivera said to the Charlotte Observer. “Ideally, you’d like to have several — three or four — really good possessions and then you’d go from there and make your assessment.”

Newton underwent an “arthroscopic procedure” on his right shoulder this January, so this game will act as an evaluation point on his throwing motion in live action. This is also the second shoulder surgery in less than two years. The Carolina quarterback partially tore his rotator cuff in the same shoulder during the 2016-17 season, which required surgery in March.

According to Rick Bonnell of the Charlotte Observer, Rivera and the Panthers have been cautious about forcing Newton back to the field.

Newton has gotten a day off from throwing in practice every three days. But he has demonstrated good arm strength over the past month and threw in both joint practices with the Bills, which resembled game conditions in every way except full-scale tackling.

Newton has thrown for at least 3,000 yards in each of his eight seasons in Carolina. Despite missing the final two games of last year, he threw for 3,395 yards (completing over 67 percent of his passes) for 24 touchdowns and 13 interceptions.

The Panthers missed out on the playoffs with a 7-9 record, including a 7-game losing streak from November through most of December. Carolina is saving Newton for a potential rebound, which could start Week One against the Rams.

The Panthers posted a 25-14 victory over New England last year in the third preseason game. Newton connected on 11-of-17 throws for 142 yards. 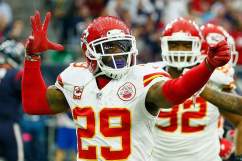 CBS Sports is telling people to bet on a bounceback season from Newton, as he ended up as a top-15 fantasy quarterback despite the injury woes.

Even in an injury-marred season, Newton still finished as a top-15 quarterback; he was ninth on a per-game basis in standard CBS Fantasy scoring. If Newton is fully healthy, there’s still obviously elite potential here, and the price is low enough you can afford to draft a quality backup with risking much at other positions.

He scored 27 points or more in six games, including a pair of 33-point efforts against the Falcons and Bengals in consecutive weeks. As Marcas Grant of NFL.com points out, he also has a wealth of passing targets in DJ Moore, Curtis Samuel (not to mention Christian McCaffrey).

While the Great Panther WR War of 2019 rages between #TeamMoore and #TeamSamuel, it’s overlooking the fact that Cam Newton has a pair of playmaking receivers to target. Combine that with Newton’s continued status as Carolina’s preferred goal line running back and de facto RB2 and the veteran quarterback has a ceiling that could land him in the top five.

With this in mind, fantasy owners should be taking note of how Newton looks as a thrower against New England. If he’s clicking, he could be a mid-round steal. 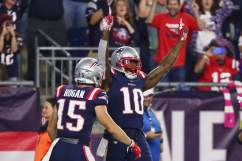 Josh Gordon Reinstatement: Where to Draft Patriots WR in Fantasy