Former Chicago Bears quarterback Jay Cutler is about to make his first return to Soldier Field since 2017. Cutler said on Waddle and Silvy’s ESPN 1000 show that he will be returning to Soldier Field on opening night to watch the Bears play the Packers, noting it would be his first time watching a game as a spectator. “I’ve never watched a game from the stadium from that view. So it’s going to be fun. I’m looking forward to it,” he said.

Cutler will be in town discussing his partnership with Dos Equis on the College Football Football College and he decided to drop by Soldier Field for the season opener against Green Bay, much to the delight of some fans–and to the chagrin of others. 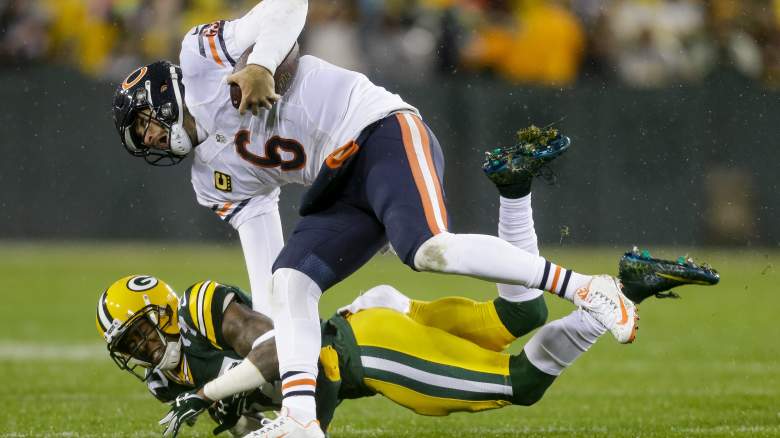 You can understand why Packer fans enjoy Cutler. In his career against them, he went a woeful 2-11 while tossing 15 touchdowns compared to 23 interceptions. He also lost to them in the 2010 NFC Championship game, in which he went down with an MCL injury.

After hearing that Cutler would be at the game, Packer fans took to Twitter to express their downright jubilation:

One of the greatest assets the Packers ever had in the league’s oldest rivalry will be in the house for the season opener. https://t.co/q8hclLagPL

I see Jay Cutler will be at the opener. Good sign for the Green and Gold

While the great majority of Packer fans expressed joy at the possibility of Cutler bringing their team luck in some form, Bears fans were all over the map regarding their former quarterback’s return to Soldier Field. 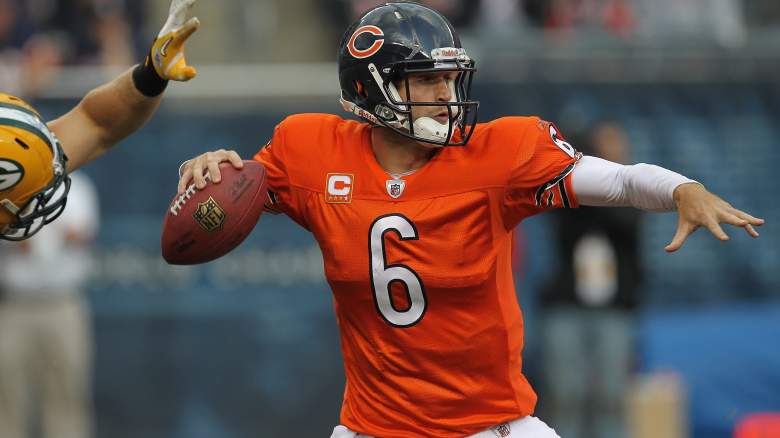 Cutler’s aforementioned record against Green Bay and his inability to win in the postseason (he has one career playoff victory) left many Bears fans endlessly frustrated. He was also frequently injured and was rarely able to stay on the field for a full season.

Other Bears fans appreciate that Cutler had a skill set few Bears quarterbacks that played prior to him had. Cutler is the Bears’ all-time passing leader. His 23,443 yards, 154 touchdowns, and 18 game-winning drives are all team records. Cutler also threw 109 interceptions, however, and his inability to win consistently and elevate his game in the postseason marred his time in Chicago a bit. Thus, the reaction of Bears fans and sports media analysts to Cutler’s return was a mixed bag:

So long as he doesn't suit up and enter the game, the Bears have a chance at winning their opener. https://t.co/wOAbr21KPG

Jay Cutler says he’s gonna try to sneak into the Bears/Packers season opener, but I’m pretty sure he’ll be intercepted at the gate….

It’s amazing how so many Bears fans are still obsessed with hating Jay Cutler. He’s the best QB in franchise history. But sure, keep hating him because you don’t like his personality… pic.twitter.com/k4LbjB831z

Some fans were downright indifferent:

Am I the only person who thinks Jay Cutler was way too average a QB for everyone to still care that much about him (for better or worse)?

Y’all probably care more about his career than he did ?#Bears

Since retirement, Cutler has been active in the reality television circuit, appearing regularly in his wife Kristin Cavallari’s reality show Very Cavallari. He has also recently taken up ax-throwing while filming a segment for the show:

Cutler also said on the Waddle and Silvy show that while his schedule was booked this fall, he was open to a broadcasting career in the future. He joined Fox Sports as a broadcaster after his retirement in 2017, but then came out of retirement to play for the Dolphins, ending his broadcasting career before it had begun. The Bears play the Packers Thursday, September 5th at Soldier Field, so fans are certain to get a glimpse of him in the stands. He may even end up in the booth for an interview.