Last season, Matt Nagy raised eyebrows and drew some criticism for resting the Chicago Bears starters more than expected during the preseason. Nagy enlisted only his backups for the final preseason game last year, and many questioned the decision, especially after the Bears dropped the first game to the Packers–the same team they’ll play to kick off their 100th season next month.

One particular question of intrigue surrounds rookie running back David Montgomery, who many are excited to watch this preseason. Montgomery is also expected to be a major piece of the Chicago Bears offense, so many fans are wondering: how much should Nagy play Montgomery? It’s likely that preseason experience would benefit the rookie, but injuries are always a concerning factor, and Nagy has generally erred on the side of caution when making decisions about health and injuries.

How Much Should David Montgomery Play? 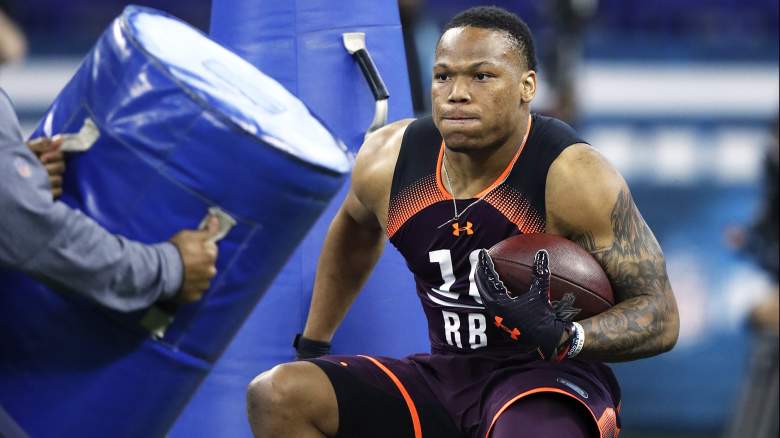 GettyChicago Bears rookie running back David Montgomery will likely get some action this preseason. (Photo by Joe Robbins/Getty Images)

The Bears kick off their 2019 season tonight against Carolina at Soldier Field, and we will likely get a good glimpse of Montgomery. But should he get one series, two series–an entire half? How much would it benefit the rookie running back to play frequently this preseason?

The overall consensus is that he had an excellent camp in Bourbonnais, and Montgomery seems to be chomping at the bit to get the season started, so it’s likely the rookie will be ultra-competitive. But would this competitiveness and overall energy be better put to use if they were reserved for the first game against Green Bay–a game that will actually matter? It’s a delicate balance, and Nagy seemed to do well with it last year. 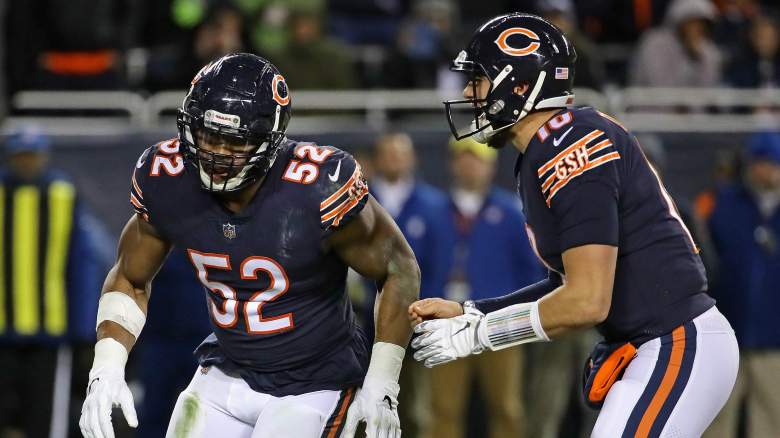 GettyKhalil Mack and other Bears starters will likely sit this preseason. (Photo by Jonathan Daniel/Getty Images)

On the Hoge and Jahns podcast, co-host Adam Hoge noted that he didn’t see any reason for the Bears starters to play at all this preseason. Why risk superstars like Khalil Mack or Eddie Jackson, or your starting quarterback in Mitchell Trubisky?

Noting Nagy’s tendency to be vague, and pointing out that Nagy probably won’t want to reveal any new looks in the preseason, Hoge suggested there wouldn’t be any negative repercussions to keeping the starters on the sidelines and healthy. The league is changing–health is of paramount importance, and Nagy gets that. He’ll likely let Montgomery get some quality reps in, and then let the other running back candidates battle it out the rest of the preseason. He’s not letting anyone in on his plans, though:

Matt Nagy on if he will play his starters in Thursday’s first preseason game “I think you guys know how I feel about that…we’ll see.” He did say we will see Rookie RB David Montgomery. #Bears

Learning From the Past

Considering previous experience, it wouldn’t be unusual for Nagy to rest his starters the entire preseason. Second-round pick and starting tight end Adam Shaheen was injured during the second preseason game of the year last season and missed significant time as a result.

There was also an issue with preseason injuries before Nagy arrived when the Bears lost their then-starting wide receiver Cam Meredith for the entire 2017 season to a torn ACL he suffered in a preseason game. Those clamoring for Nagy to play his starters in the preseason have to also wonder if the risks outweigh the rewards.

READ NEXT: Eddy Piñeiro Among 5 Players to Watch in Bears Preseason Game Against Carolina

Read More
Chicago Bears, Football, NFL
Many are wondering how much Matt Nagy should play rookie running back David Montgomery and the rest of the Chicago Bears starters.