Austin Ekeler should be in your fantasy football lineup for Week 1.

Knowing who to start and sit in fantasy football for Week 1 is a bit of a guessing game. Every NFL team made changes over the offseason, and it can be hard to predict exactly how offenses will playout for the first week of the season.

Asking ourselves a simple question can help make educated lineup decisions: “What is most likely to happen?” The relatively unknown player who garnered buzz in training camp may have 35 fantasy points in Week 1, but inserting him in your lineup comes with a great deal of risk.

When in doubt, keep some of the unproven and rookie players on your bench for the first week. If they perform well on your bench, it is still great news as it means you may have found a gem for the rest of the season.

To begin the season, you want to start out with as few dart throws as possible. Making your lineup decisions you should be considering a combination of matchup, situation and what is known about each team’s offense. It is hard to leave Week 1 without making some mistakes, but the good news is you will have the rest of the season ahead of you.

As always, feel free to reach out to me on Twitter @JonDAdams with any fantasy football questions you may have. The following list is based on the more difficult lineup decisions as you should be starting your studs for Week 1.

Here is a look at my fantasy starts and sits for Week 1.

GettyCarson Wentz is the safer fantasy start over Matt Ryan for Week 1.

The challenge with Carson Wentz is not what happens when he is on the field, but the injuries that have plagued him early in his NFL career. The Redskins could be in for a long season, and Wentz should be able to pick apart Washington’s defense. The Eagles placed a lot of resources towards the offense over the offseason with the addition of DeSean Jackson, Miles Sanders and J.J. Arcega-Whiteside among others. Wentz is a strong start this week as the Eagles should roll the Redskins.

Ryan is an intriguing fantasy option for this season. The Falcons quarterback will play the majority of his games indoors which is a positive. However, the Falcons open up the season on the road against a very good Vikings defense. Atlanta also has a new system as Dirk Koetter returns as offensive coordinator.

It could take a few games for things to click for Ryan and the rest of the Falcons. Overall, Ryan should have a great fantasy season with the number of weapons at his disposal, and it is okay to play him if he is your only quarterback. Just do not expect a lot of points from the Falcons quarterback this week, and bench him if you have other good options.

Quarterback Starts: There is a reason for optimism when it comes to Sam Darnold’s sophomore NFL season. Darnold and the Jets have a plus Week 1 matchup against the Bills. Philip Rivers should have himself a day against a Colts team still reeling from Andrew Luck’s abrupt retirement. Lamar Jackson also gets a great matchup against a Dolphins team that already appears focused on 2020.

Quarterback Sits: While I remain bullish on Kyler Murray’s rookie season, the safe option is to sit him Week 1 against the Lions until we see how he performs in the NFL. Derek Carr has a challenging Week 1 matchup against the Broncos and had limited preseason reps with Antonio Brown. Additionally, I want no part of Eli Manning against a very good Cowboys defense, no matter how much success he has had against the team in the past.

All signs point to Melvin Gordon missing Week 1, and the Chargers have made it clear that Austin Ekeler is going to start the season as their lead back. Ekeler has proven fantasy relevant when he was given opportunities in the past and is a freakish athlete. The Chargers running back is especially useful in PPR formats and has a prime Week 1 matchup against the Colts.

It would not surprise me if LeSean McCoy and Damien Williams both prove to be fantasy relevant. However, heading into Week 1 it is simply a guessing game, and I would rather not start out the fantasy season throwing darts. You may be in a deeper league or play in a unique format with a lot of flex spots where you need to start one of these players. Otherwise, both McCoy and Williams should start Week 1 on your bench until we see how Andy Reid plans to use both running backs.

Running Back Starts: Raiders running back Josh Jacobs may be a rookie, but Oakland has plans to give him a heavy workload from the start. The Raiders mostly rested Jacobs during the preseason showing they have plans to get their new running back the rock. Jacobs does not have a great Week 1 matchup against the Broncos, but the volume should be there to warrant the start. Unless Ezekiel Elliott surprisingly returns for Week 1, Tony Pollard is another rookie worth starting. Tevin Coleman is expected to be the Niners lead back and is flex-worthy against the Bucs.

Running Back Sits: The Eagles and Redskins both have confusing backfield workloads heading into Week 1. There are plenty of running backs to like on both sides, but I am avoiding starting them until I see how the touches are divided. Devin Singletary needs to be stashed in every league with McCoy no longer in Buffalo, but he may not get many carries early in the season. Keep him on your bench until you see the Bills are willing to get him enough touches to warrant starting.

Tyler Lockett is about the only Seahawks wide receiver guaranteed to get targets. D.K. Metcalf is a nice stash for later in the season, but his status for Week 1 is unclear. Jaron Brown was released then picked up again by Seattle. What we do know is Russell Wilson is going to be looking Lockett’s way a lot against the Bengals given he has few other options.

Allen Robinson has received a lot of hype over the offseason, but I am not convinced he is going to end up as the Bears WR1 this season. For where he was being drafted, he is not a bad flyer, but that does not mean he needs to be in your Week 1 lineup. Let’s wait and see how he looks against the Packers before starting him.

Wide Receiver Starts: It likely goes without saying but Kenny Golladay needs to be in your lineup. He is poised for another big season as the Lions WR1. Dede Westbrook projects to be the Jaguars WR1 and is okay to throw in your lineup as either a WR3 or flex play. Sterling Shepard starts the season as the Giants only legitimate receiving option until Golden Tate returns. Shepard should be in your lineup based on targets alone.

Wide Receiver Sits: There is going to be a Bills wide receiver that emerges as the team’s WR1, but it is hard to project who that will be. If you can help it, I would keep all the Bills receivers on your bench. Another team full of uncertainty is the Ravens as tight end Mark Andrews could end up being the team’s top receiving option. Rookies Miles Boykin and Marquise Brown have a lot of upside this season, but you might want to see how the targets play out in Week 1 before putting them in your lineup.

It might be easier to tackle a moderate sized SUV than Mark Andrews in the open field pic.twitter.com/byPwaYiQrG

Few tight ends have received the kind of hype over the offseason as Mark Andrews. With the Ravens adding a lot of new players to their offense, Andrews returns as one of the most consistent receiving options. He performed better than most tight ends in his rookie season and his connection with Jackson was emphasized during training camp. Andrews has a nice matchup against the Dolphins.

Green Bay has a brand new offense and brought in tight end Jace Sternberger via the draft. Jimmy Graham is still expected to hold onto the majority of snaps, but has been a disappointment since arriving in Green Bay. Graham should stay on your bench against a vaunted Bears defense.

Tight End Starts: Vance McDonald is expected to get some of Antonio Brown’s targets in Pittsburgh. Jesse James is also no longer with the Steelers making McDonald a strong start against the Patriots. Jared Cook is the Saints best receiving option at tight end since Graham was with the team. 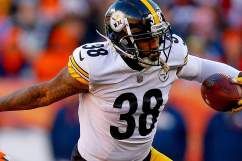