The Chicago Bears turned in an impressive overall performance against the Minnesota Vikings Sunday afternoon at Soldier Field. The Bears only managed to score 16 points on offense, but considering they lost their starting quarterback Mitchell Trubisky a few plays into the game, things could have gone much worse.

Bears backup quarterback Chase Daniel played well against a very tough Minnesota defense in a game in which a piece of the NFC North lead was at stake. Daniel finished the game 22-30, throwing for 195 yards and a touchdown with a passer rating of 101.4. While those numbers aren’t gaudy, at least one former Bears player thought Daniel looked like a better fit for the Bears offense than Trubisky has.

Former Chicago Bears wide receiver Earl Bennett, who is generally active on Twitter during Bears games, went all-in on Chase Daniel as a better option for this current team than Mitch Trubisky. Here’s what he said:

Is Daniel a Better Fit Than Trubisky? 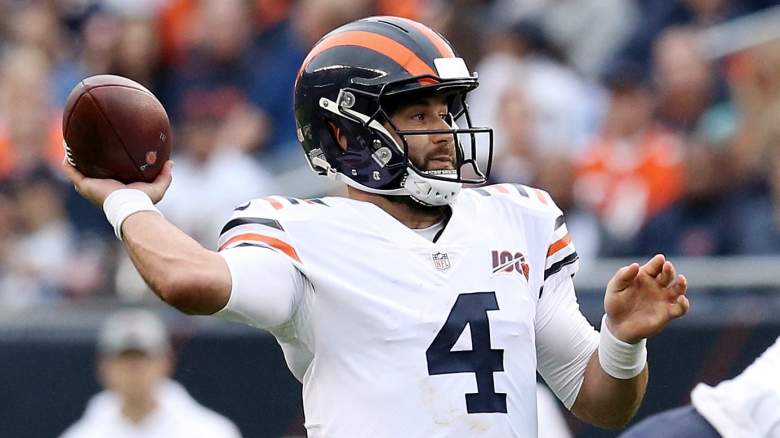 GettyCHICAGO, ILLINOIS – SEPTEMBER 29: Chase Daniel #4 of the Chicago Bears throws a pass in the first quarter against the Minnesota Vikings at Soldier Field on September 29, 2019 in Chicago, Illinois. Daniel went in for an injured Mitchell Trubisky. (Photo by Dylan Buell/Getty Images)

Trubisky has had a shaky start to the season. Prior to going down with a shoulder injury early in the first quarter against the Vikings, Trubisky threw for 579 yards, three touchdowns, and two interceptions that both occurred in the red zone.

Daniel’s numbers weren’t anything to write home about, but he didn’t turn the ball over, and with this defense playing the way it is, avoiding turnovers will be the key to winning close games. But it’s the other intangibles Daniel brings that make Bennett believe he may be a better fit for Chicago. 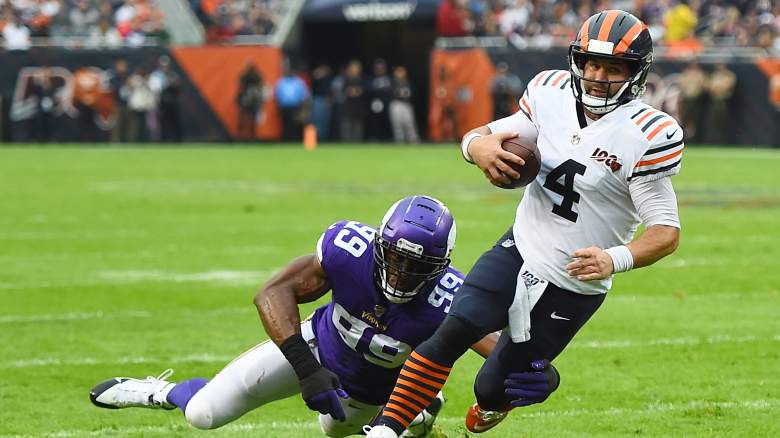 Bennett noted that while Trubisky is more athletic and talented than Daniel, the young quarterback is struggling to read defenses and understand how to adjust to coverage.

Chase Daniel fits this system better than Mitch. He’s a rhythm passer with good vision and understand coverages well. I’ve seen this situation before as a player. He’s not as talented as Mitch, but a better fit. No doubt. Just watch him.

Bennett noted that while he thinks Daniel is the better choice for the Bears now, neither QB is the answer:

“Chase is not the long term answer. Neither is Mitch. However, it took Chase 7:44 to throw a TD. Sure you can say play calling is better, but Mitch has missed a ton of open guys. Mitch just does not fit this system. They will find their long term answer.”

No Chase is not the long term answer. Neither is Mitch. However, it took Chase 7:44 to throw a TD. Sure you can say play calling is better, but Mitch has missed a ton of open guys. Mitch just does not fit this system. They will find their long term answer.

Bennett also noted in a reply that it had taken Trubisky three games to throw a touchdown pass while it only took Daniel half a quarter of football.

Bro he threw a TD already and it’s his first game. Took Mitch 3 games. Cmon let’s not be an apologist and face the truth.

Bennett, who played for the Bears for six seasons, from 2008-2013, noted that he had seen this situation before as a player. He was likely referring to the 2013 season, in which Bears backup Josh McCown replaced an injured Jay Cutler and performed quite well in Cutler’s absence. McCown threw for 1,829 yards, 13 touchdowns, and an interception, and he had a 109 passer rating in his five games. Despite his solid play, McCown was replaced by Cutler, and the Bears finished the season 8-8, missing the playoffs.

It’s likely Bennett remembers this well, as it was his final season with the team and in the league. Early word is that Trubisky won’t need surgery, and he will likely be out through the Bears bye week, which occurs week 6. Trubisky should be able to play with a harness, per David J. Chao.