San Francisco 49ers running back Matt Breida will be at the center of one of the week’s best matchups when the 49ers (6-0) host the Carolina Panthers (4-2) at Levi’s Stadium in Santa Clara Sunday.

Breida concerned 49ers fans and fantasy owners alike when he left the game last week against the Washington Redskins. Breida had a concussion scare, but has since cleared the concussion protocol and is expected to be a go against the Panthers this weekend.

The 49ers are six point favorites at home this weekend, and they have been one of the league’s most surprising and fun teams this year. But what does it all mean if you have Matt Breida on your fantasy football team this week? Here’s a breakdown of his fantasy outlook for the 49ers Week 8 showdown against the Panthers: 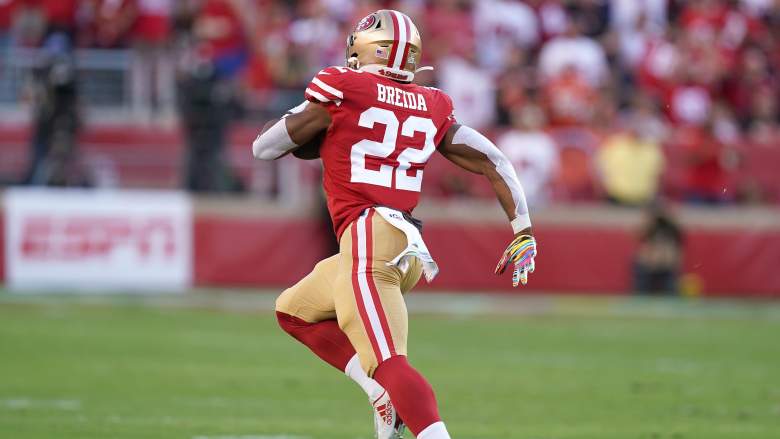 Breida had only nine touches last week, but his workload should double in a good matchup against the Panthers this weekend. Carolina has surrendered seven rushing touchdowns in six games, and they’re giving up 22.2 points and 119 rushing yards a game.

Breida has gone over 100 yards in two games this season. He is also a threat in the short passing game. The 49ers should still lean pretty heavily on him despite their recent activity.

The 49ers just added Emmanuel Sanders to the mix after a trade with the Denver Broncos this week, and while the team will surely target him often if he plays, the 49ers are still a run-first team. San Francisco quarterback Jimmy Garoppolo has struggled at times this season, throwing for seven touchdowns and six interceptions. Expect Kyle Shanahan and Company to lean on Breida in this very important NFC showdown, especially if Garoppolo gets into trouble.

Look for the 49ers opportunistic defense to also be a factor here, as well. They should force a few turnovers against Panthers quarterback Kyle Allen, giving Breida and this offense a few extra opportunities.

Should You Start or Sit Matt Breida Week 8 vs Panthers? 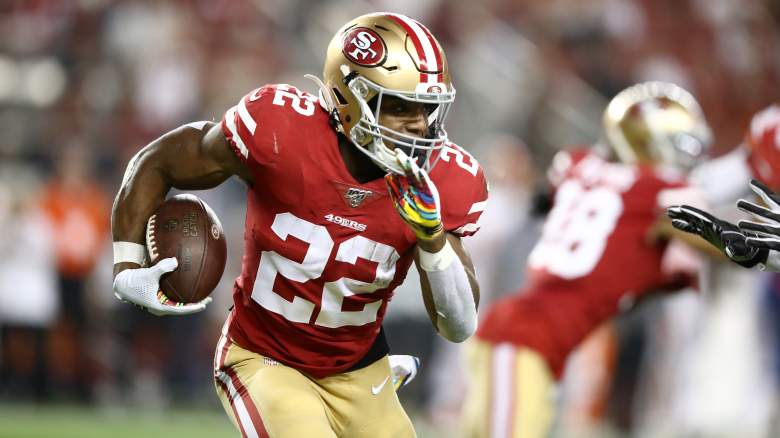 GettySan Francisco 49ers running back Matt Breida could be a big factor for the 49ers offense this week against the Panthers. (Photo by Ezra Shaw/Getty Images)

FantasyPros has Breida projected to score 8.3 points this week against the Panthers, and that feels a little low, especially considering FanDuel has him projected at 10.3 points and DraftKings has him scoring 12 points.

The 49ers offensive line has been playing extremely well considering they’ve been dealing with numerous injuries. That durable play should continue against a tough Carolina team. Breida is due for another 100 yard game on the ground. Look for him to get a season-high 15-20 carries against Carolina, along with a touchdown. He should break the 100-yard mark, as well.

Final Verdict: START him. He should be a solid RB2, or, at the very least, a high-end flex player this week.

READ NEXT: Allen Robinson Fantasy: Should You Start or Sit Bears WR Week 8 vs Chargers?