When the Cincinnati Bengals lost their star wide receiver A.J. Green to an ankle injury the last week of July, it was initially reported that Green would miss 6-8 weeks. Green refuted this early on, saying: “I don’t know where they got the six to eight weeks from. It’s going to be longer than that.” He was correct in his assessment, and entering week 6 of the NFL regular season, he may have just taken his first strides towards getting back on the field.

Green suited up in pads for the first time since his late-July injury Thursday afternoon, and he participated in position drills along with some light working out and stretching:

AJ Green going through position drills for the first time since July pic.twitter.com/NnddmgUzA2

Green’s participation in practice Thursday was understandably limited, but it was a good sign for the Bengals and their fans. If he continues to practice and increase his workload gradually each day, that will be another good sign. So when will A.J. Green likely hit the field again?

Bad, grainy iPhone photo of A.J. Green in pads for the first time since July 31 in Dayton.

? This is not a drill, Green in pads, taking part in some portion of practice ?

*I’d expect this to be quite limited. pic.twitter.com/CpNB8ASOZ2

When Could A.J. Green Return to Action? 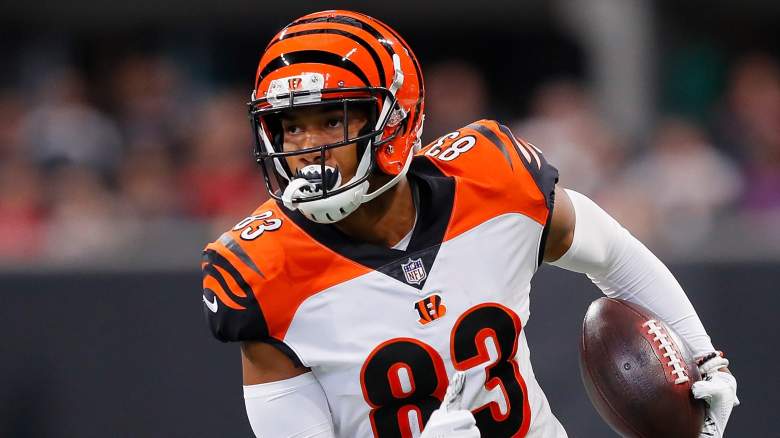 GettyBengals wide receiver A.J. Green returned to practice Thursday for the first time since injuring his ankle in late July.

Right now, it’s too early to tell, but it looks as though Green could potentially return to action week 7 for the Bengals’ game against the Jacksonville Jaguars. Ian Rapoport noted that Green will not play week 6, but has a definite chance of playing the following week:

This is significant for the #Bengals and AJ Green. He won’t play this week, but this gives him a chance at playing next week. https://t.co/dKZc1RcFPa

Regardless of when he returns to action, Green has been the subject of trade rumors for weeks, and seemed to know it. His recent comments reveal as much.

A.J. Green on Trade Rumors: ‘I’m Prepared for Anything’ 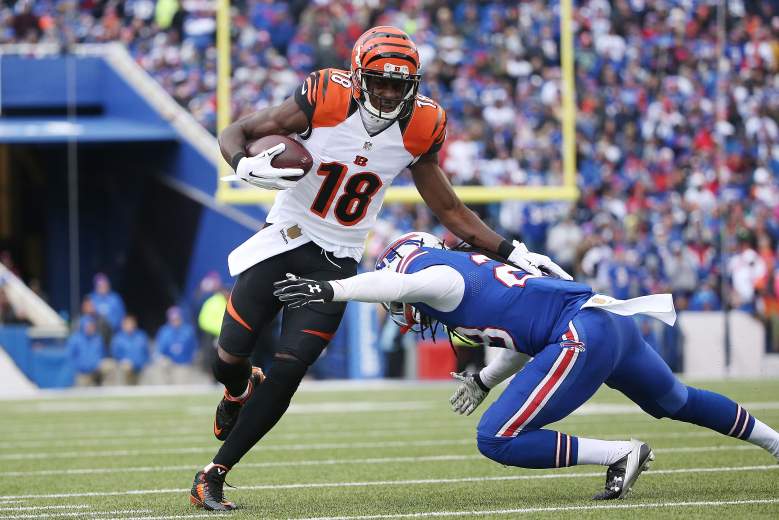 Teams rumored to be potential landing spots for Green include the Oakland Raiders, the Philadelphia Eagles and the New England Patriots. The Bengals could most likely garner a first-round draft pick for Green, or, at the very least, a second or a third, and all three of those teams could certainly oblige. The Bengals and owner Mike Brown have until the week 9 trade deadline to decide what they want to do about Green.

Green is currently in his ninth season with the Bengals, and he has been their best player during his time there. If traded, he would most likely want to go to a team that has a good chance at a Super Bowl run at this stage of his career. The Green Bay Packers and Buffalo Bills are also being tossed around as possible destinations for Green, and both teams are off to great starts. There’s also always the aforementioned Patriots, of course.

But Thursday afternoon, Bengals head coach Zac Taylor told reporters that the Bengals would not, in fact, be trading Green despite near-constant rumors to the contrary:

#Bengals HC Zac Taylor on the trade rumblings involving WR AJ Green: "I hear a lot of the speculation on him. We are not trading that guy."

Bengals’ HC Zac Taylor to reporters today regarding trade speculation involving WR A.J. Green: "I hear a lot of the speculation on him. We are not trading that guy."

So, as of now, the Bengals aren’t looking to trade their best wide receiver, according to their head coach. We’ll keep you updated on any changes with Green if any arise.