Allen Robinson is having a very solid season that feels somewhat under the radar so far, particularly considering how awful the Chicago Bears offense has been this season. So far, in six games, Robinson has 41 catches for 464 yards and three touchdowns.

Despite poor and inconsistent quarterback play, Robinson has had at least 8.1 fantasy points in every PPR league game this season. He is easily the most important wide receiver to both the Bears’ scheme and to the struggling Mitchell Trubisky.

How will Robinson and his team stack up in their Week 8 matchup against the Los Angeles Chargers? Here’s a breakdown of the game and Robinson’s fantasy outlook against the Chargers: 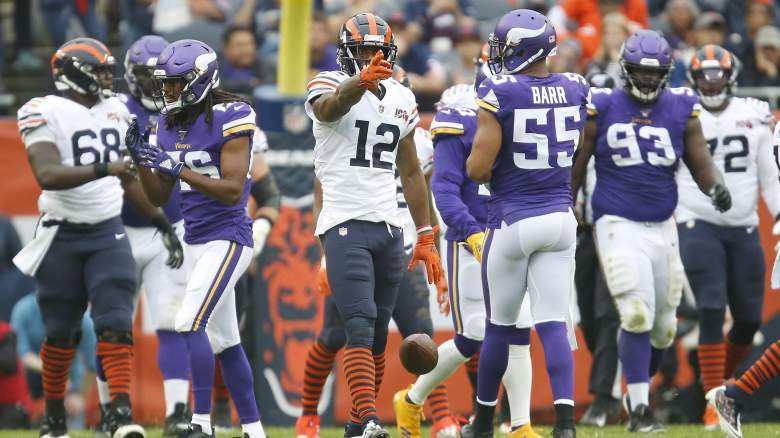 The Chargers defense is giving up 20.1 points a game and just over 216 yards passing per game. They are playing a stagnant Bears offense that hasn’t gained over 300 yards in a game all season. Week after week, Robinson has been the biggest threat the Bears have on offense, and that will ring true in this game, as well.

The Bears passed the ball over 50 times last week against the Saints while running it a franchise-low seven times. That won’t be the case in this game. Nagy has repeatedly vowed to run the ball more, and while the Bears will certainly try to throw the ball in this game, look for the running game to be much more of a focus for Chicago against the Chargers than it has been in recent weeks.

That said, Robinson will still get his targets. He hasn’t been targeted fewer than seven times all season. He also has three touchdowns in his last two games, so he’s finally starting to warm up in the red zone.

Should You Start or Sit Allen Robinson in Week 8 vs Chargers? 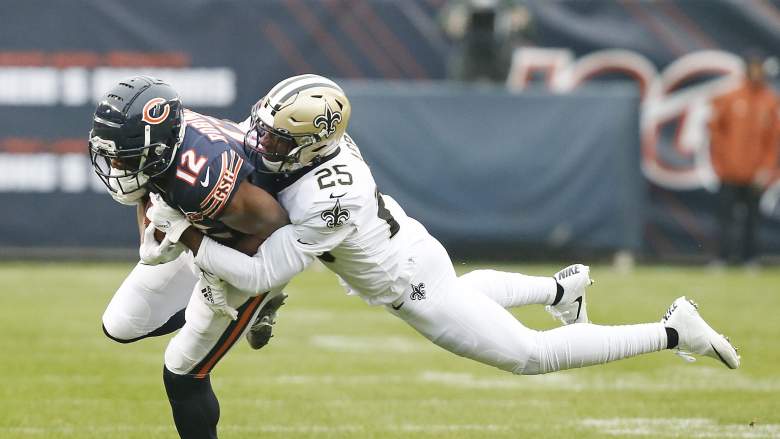 GettyChicago Bears wide receiver Allen Robinson has been excellent for the team this season, leading them in yards, receptions, and targets. Will he have good fantasy nymbers Sunday vs the Chargers? (Photo by Nuccio DiNuzzo/Getty Images)

The Chargers will surely try to bottle up the run game and pressure Mitchell Trubisky, and Robinson has served as a security blanket of sorts for the Bears offense all season. That won’t change against the Chargers, especially in a game the Bears need to win. Look for him to be targeted at least 9-10 times, and look for him to go over the 100 yard mark for the second time this season.

Final Verdict: START him. He should be a solid WR2 in PPR leagues this week.