Getty The Chicago Bears and the Oakland Raiders face off in London this Sunday. The Bears are favored by 5 points. Will they cover the spread? Betting odds, trends, and predictions here.

The Chicago Bears (3-1) and the Oakland Raiders (2-2) are slated for a Sunday matchup in London this week. In what is being billed as the Khalil Mack revenge game, Mack will go up against the man and the team that traded him for the first time. And while all eyes will be on Mack, it will likely be other players and factors that decide the outcome of this one.

The Bears will be starting backup quarterback Chase Daniel in place of the injured Mitchell Trubisky, and the Raiders have had an entire week to prepare for him. Daniel has a more limited skill set than Trubisky, but he also seems to read defenses better. How well he and Matt Nagy adjust to what the Raiders throw at the offense will be a key factor in this game.

The Raiders Will Look to Neutralize Mack 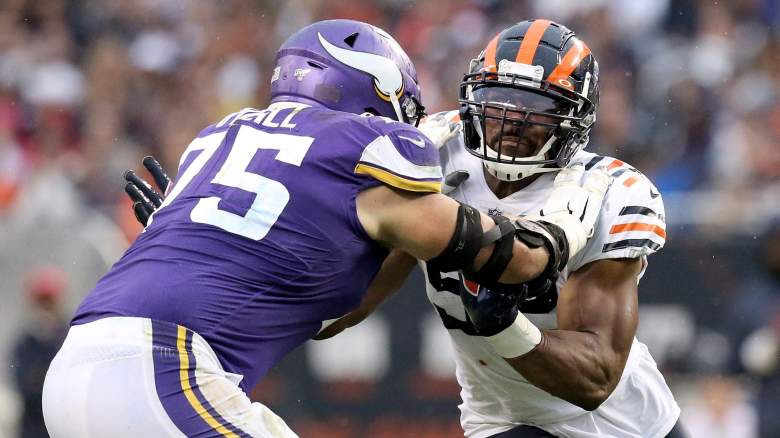 On paper, the Bears are the better overall team. That doesn’t mean they’ll win Sunday. Raiders head coach Jon Gruden will most definitely not want to lose any more face than he already has over the Khalil Mack trade, and he will likely do everything he can to neutralize Mack.

Gruden is saying all the right things. He’s giving credit to unsung hero Eddie Goldman, he’s being humble, and he’s acknowledging the ferocity of the Bears defense while being sure to name drop players like Goldman and Leonard Floyd–players that don’t normally get all the headlines.

Look for this game to be close, at least at first. This Bears defense is giving up less than 12 points a game, and the Raiders will likely come out fired up. Derek Carr won’t have a field day, but he’ll get his chances. It’s the Raiders shoddy defense, fresh from the loss of linebacker Vontaze Burfict, that will likely be worn down in the end.

Look for Bears rookie running back David Montgomery to finally have a breakout game against this Raiders defense that’s giving up 25.5 points a game. 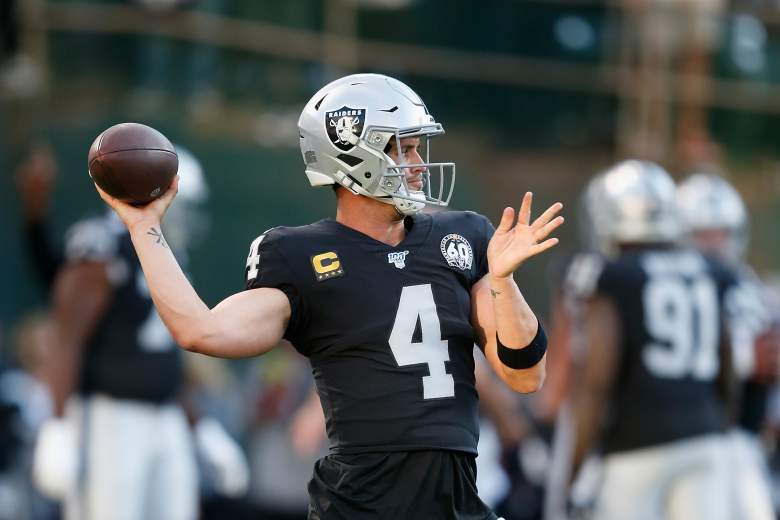 The Bears are currently +5 with an over/under score of 40.5 points. Odds Shark has the Bears projected to win by a score of 21.4 to 19.6, with the Raiders covering the spread and the score going over the projected total.

Some trends relating to both teams that could come into play Sunday:

• The total has gone UNDER in 8 of Chicago’s last 9 games.

• The Bears are 4-1 ATS in their last 5 games against Oakland.

• The total has gone UNDER in 4 of Oakland’s last 6 games.

• Oakland are 1-7 ATS in their last 8 games played in October.

Final verdict: The Bears have won three straight, and are 2-0 on the road so far this season. While Gruden and Company will certainly give a valiant effort, this Bears team is just too talented. Look for another dominant defensive performance from Chicago in a close game.

Read More
Chicago Bears, Khalil Mack, Las Vegas Raiders, NFL
The Chicago Bears and Oakland Raiders head to London Sunday for a much anticipated game. Will the favored Bears win and cover the spread? We have your game predictions here.