The San Francisco 49ers have just gotten involved in the NFL trade market in a big way. The 49ers struck a trade with the Denver Broncos for wide receiver Emmanuel Sanders.

In the deal, which was first reported by ESPN’s Adam Schefter, the Broncos will receive 2020 third and fourth-round picks.

Denver is dealing WR Emmanuel Sanders and a 2020 5th-round pick to San Francisco in exchange for 2020 3rd- and 4th-round picks, per league sources.

The Broncos are also sending a 2020 fifth-round draft pick to the 49ers along with Sanders. The acquisition of Sanders gives the 49ers a true number one wide receiver. He will be an excellent and reliable target for the struggling Jimmy Garoppolo, and he makes the undefeated 49ers an even scarier team. They already have one of the better running attacks in football. With Sanders and tight end George Kittle, they now have an impressive receiving corps, as well.

Sanders Has Been the Subject of Trade Rumors for Weeks 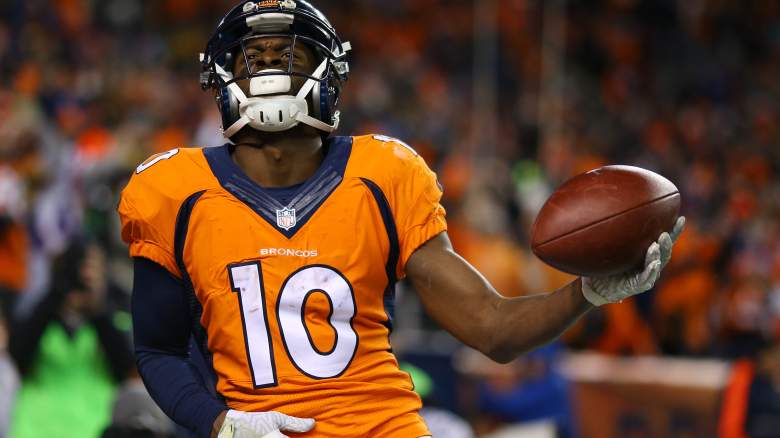 Several teams around the NFL have been rumored to be possible destinations for Sanders, including the Green Bay Packers and the New England Patriots, but Sanders ended up in San Francisco, which can’t be too bad of a feeling for him. He went from being on a 2-5 team to an undefeated team overnight.

He was the second wide receiver to have that happen on Tuesday. Wide receiver Mohamed Sanu was traded from the one-win Atlanta Falcons to the undefeated New England Patriots. The Patriots and the 49ers are the lone undefeated teams remaining in the NFL.

That’s the second WR to go to sleep on a bad team and wake up on an undefeated team. 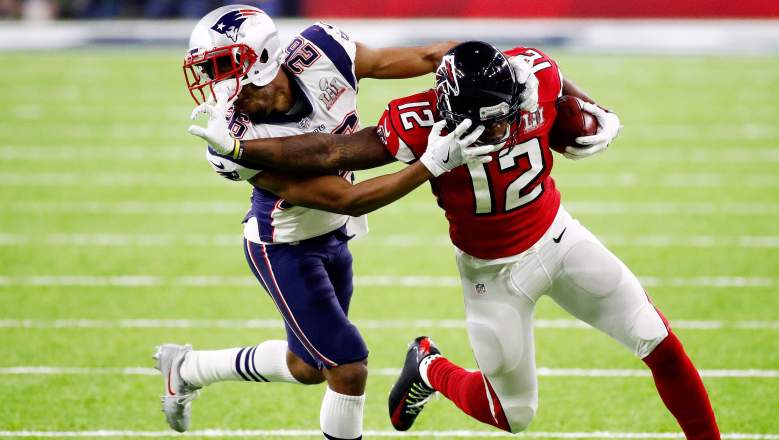 GettyMohamed Sanu is the newest member of the New England Patriots.

According to NFL Network’s Ian Rapoport, the 49ers also had their eye on Sanu, but he ended up signing with the Patriots on Tuesday morning.

The #49ers were in on Mohamed Sanu before he went to the #Patriots. They chose Emmanuel Sanders from the #Broncos, with Sanders getting a new home with a team with a shot at the playoffs.

Sanders is an excellent receiver, so there isn’t much, if any, drop off from Sanu. This is his 10th season, and he has caught 565 passes for 7,391 yards receiving with 39 touchdowns. Currently in his eighth season, Sanu has caught 377 passes for 4,300 yards and 25 touchdowns.

This is a Good Sign the Broncos Will Be Rebuilding… 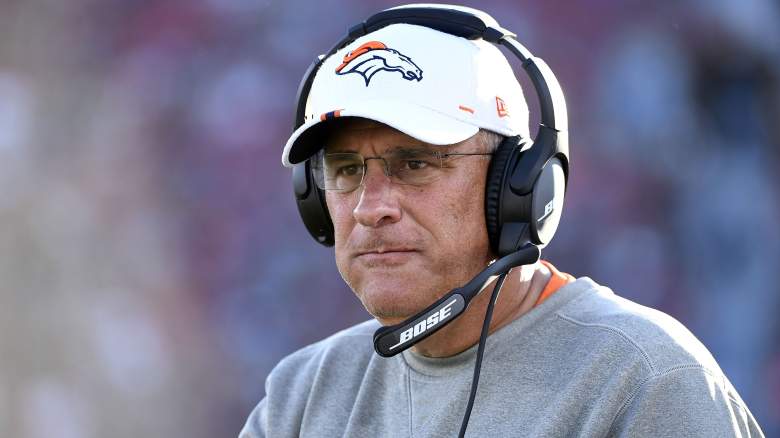 The Broncos are a team in flux right now, and they’re clearly struggling. New head coach Vic Fangio has a relatively strong defense, but Joe Flacco is ageing and ineffective. By acquiring multiple draft picks for one of their productive and veteran players, the Broncos seem to be looking to get younger and are going to attempt to rebuild through the draft next year. They have been relatively quiet about it so far, but it is no longer a secret.

Adam Schefter also reported that the Broncos had wanted to keep Sanders another week for their game against the Indianapolis Colts the Sunday, but the 49ers apparently wanted Sanders to play for them this Sunday against the Carolina Panthers.