Getty The Chicago Bears' offense has been bad this season. This one player may be the key to turning it around. (Photo by Brian Blanco/Getty Images)

Chicago Bears offensive tackle Charles Leno Jr. has had quite the week full of extreme highs and lows. The likely low point was last Sunday in London when the Bears got pummeled by the Oakland Raiders and lost 24-21.

Leno had three penalties in the game–two of which came in the fourth quarter when the Bears needed to sustain a drive and put points on the board. Instead, penalties killed their drive, and they ultimately lost the game.

The week did end on a good note for Leno, however. He turned 28 years old on Wednesday and also learned he was going to be a father on his birthday. He and his wife Jennifer shared the news on social media.

The face you make when you find out you’re going to be a daddy! Happy 28th birthday @charleslenojr72 ? pic.twitter.com/1akT9zeH6M

Leno will be back in action when the Bears’ bye week ends, and his play very well may determine how this offense goes.

Leno Jr. Must Stop With the Penalties 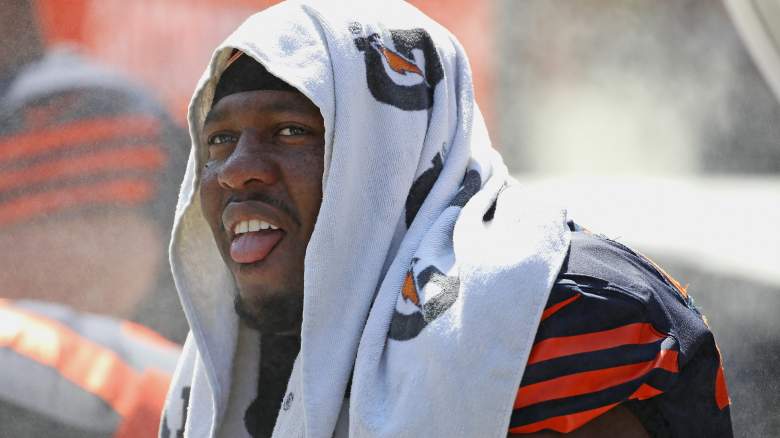 GettyCharles Leno Jr. of the Chicago Bears leads the NFL with eight penalties so far in 2019. (Photo by Jonathan Daniel/Getty Images)

In just five games this season, Leno has eight penalties: four holding calls, two hands-to-the-face, and two false starts. He currently leads the league in penalties, and he’s well aware of how poor his play has been. He told reporters after the loss to the Raiders that he holds himself accountable for his play, while also noting that a few calls against him weren’t legitimate in his eyes:

“We’ve just gotta do our job better,” Leno said. “I don’t even want to keep on saying it, but it’s gotta start with me. I’m gonna go to this bye week and do some real deep searching and see how I can get better…All I want to do is help the team win, and if I’m not doing my job, well…a la holding calls — some [expletive], in my opinion. But at the end of the day, if I’m not doing my job, I’m hurting the offense and we can’t get going.”

Penalties are nothing new for him, however. Leno has a history of drawing yellow flags. Throughout the 2017 season, he drew 13 penalties. He had a much better year in 2018, when he drew seven total penalties, although three of the seven occurred in one game against the Bills.

Leno has a solid and serviceable season in 2018 and was a Pro Bowl alternate at season’s end. He has proven to be durable. He hasn’t missed a game over the last four seasons, and this durability is likely one of the reasons the Bears re-signed him to a 4-year $38 million contract extension prior to the 2017 season.

The encouraging part of all of this is that penalties can be fixed, and Leno has shown just last season that he’s capable of not drawing many flags. If Leno can figure out how to stop drawing holding calls and hands-to-the-face penalties, the team will immediately be better off. Multiple drives so far this season have ended or stalled due to this, and it should be entirely fixable. The running game would also benefit from better play from Leno Jr. 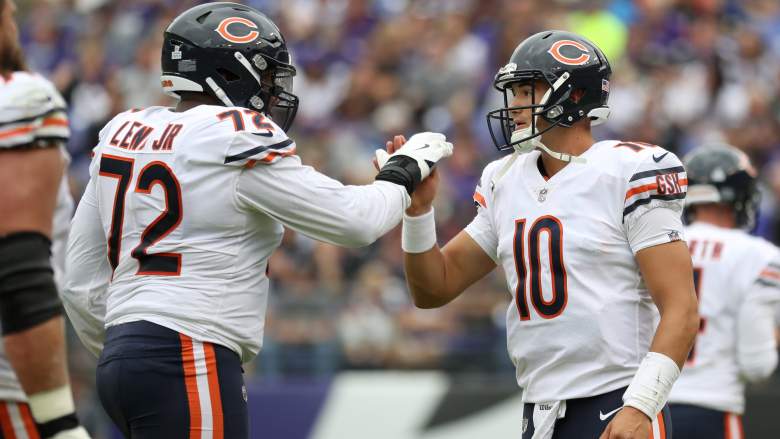 The Bears drafted rookie running back David Montgomery in the third round, and Montgomery was the subject of much preseason hype. He has shown many flashes over his first five games, but the Bears offensive line has failed to open many if any lanes for him.

The Bears are currently averaging 3.4 yards per carry and just over 80 yards per game. Montgomery is averaging 3.3 yards, while Tarik Cohen is at just 2.2. Some of this is play-calling, but most of it is poor offensive line play.

Kyle Long Has Also Been Bad 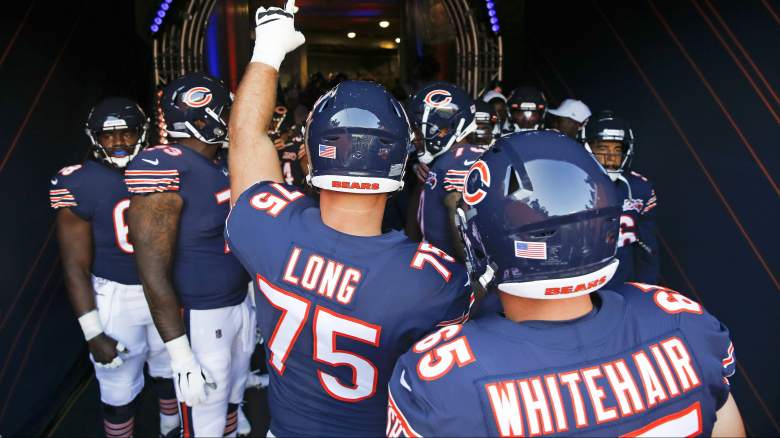 GettyThe Chicago Bears offensive line has been one of the biggest disappointments of the season so far. (Photo by Nuccio DiNuzzo/Getty Images)

It’s worth noting that the Bears’ entire offensive line hasn’t played well, and they will each need to step it up. But there are a few specific glaring problems, and they could possibly be solved with a few changes.

Cody Whitehair and James Daniels have one penalty each so far this season, and Bobbie Massie has none. While they haven’t played up to expectations, they also haven’t been costing the team as much. Leno Jr. and Kyle Long, however, have been noticeably bad. Their play has cost the team in nearly every game. The difference is that Long is on the wrong side of 30, and has been battling a hip injury.

Leno just turned 28, and he doesn’t have anywhere near the history of injuries that Long does. He can still absolutely turn it around.

If the Bears want to get their run game going, sitting Kyle Long in favor of Rashaad Coward or incorporating undrafted rookie Alex Bars, who is currently on the practice squad, could absolutely help this offense.

The bottom line for the Bears and this offense–for every offense–is that it all starts with the offensive line. Leno Jr. has been glaringly bad, but all of his issues are fixable. If he fixes them, stops acquiring penalties and extends his blocks longer, the Bears offense will see immediate improvement. If he doesn’t, look out, Chicago.

Read More
Chicago Bears, Football, NFL
The Chicago Bears have a great deal of problems on offense, but one player in particular could be the key to fixing them. Spoiler: it's not Mitchell Trubisky.