Getty David Johnson had just one carry in Week 7.

Arizona Cardinals running back David Johnson is finally starting to find his stride. In the Cardinals week five victory over the Cincinnati Bengals, Johnson had his second-best output of the season. He had a rough week 2 against a very tough Baltimore Ravens defense, but his fantasy bottom line has been growing a little bit each week.

While Johnson isn’t the same running back he used to be, he still a viable RB1, especially in PPR leagues. Here’s a look at Johnson’s upcoming matchup week 6 vs. the Atlanta Falcons: 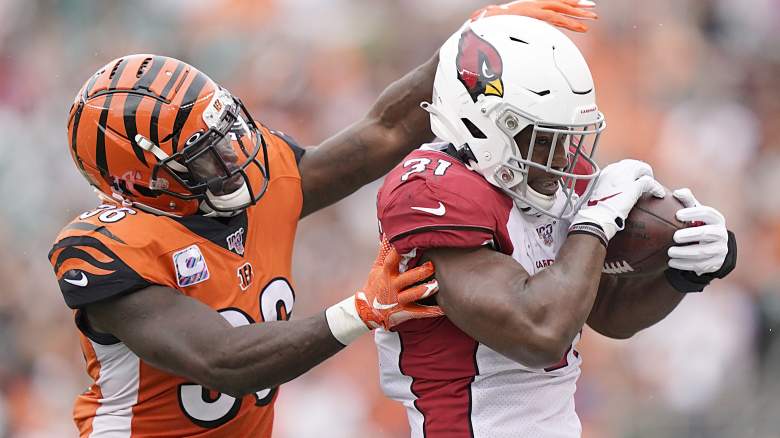 GettyCINCINNATI, OHIO – OCTOBER 06: David Johnson #31 of the Arizona Cardinals catches a pass as he is tackled by Shawn Williams #36 of the Cincinnati Bengals during the NFL football game at Paul Brown Stadium on October 06, 2019 in Cincinnati, Ohio. Look for Johnson to have another big game as a pass catcher week 6 vs. Atlanta. (Photo by Bryan Woolston/Getty Images)

In the Cardinals’ week 5 win against the Bengals, Johnson had 91 yards rushing on 17 carries, and was extremely efficient in the passing game, catching three passes for 65 yards. He didn’t score, but he has two touchdowns on the season and will absolutely get more.

Arizona will face a terrible Falcons defense in week six, and Johnson could see his stat line shoot through the roof. The Falcons are giving up over 120 yards rushing per game to go along with over 257 yards passing. Look for Johnson to catch several balls out of the backfield to go along with 15-20 rushing attempts against Atlanta.

Should You Start or Sit David Johnson Week 6 Against the Atlanta Falcons? 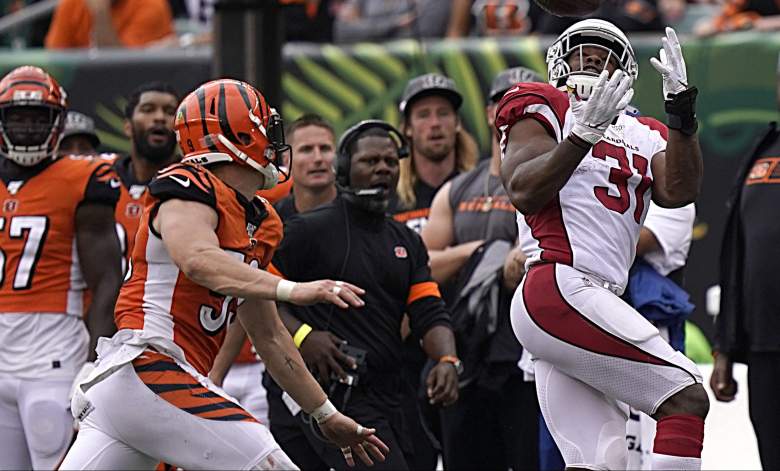 GettyArizona Cardinals RB David Johnson was a big part of the teams passing game week 5. Look for that to continue week 6 against the Atlanta Falcons. (Photo by Bryan Woolston/Getty Images)

The Cardinals are by no means a good team, but Johnson remains one of their best offensive weapons. The Falcons defense is also allowing just over 30 points per game, so Johnson could very likely see the end zone against them.

FantasyPros currently has Johnson projected to be the 5th highest scoring running back in the league this week, largely due to his recent success and a bad Falcons defense that will surely create a favorable matchup for him. He is projected to score 13.5 points, but that seems a little low for this week.

His offensive line had been absolutely dreadful early on this season, but Johnson has always found inventive ways to be effective in the passing game. That should continue against the Falcons, especially if his running lanes don’t open up.

Final Verdict: It depends on who else is on your fantasy team. Right now, Johnson is projected to score more points than Nick Chubb or Chris Carson. Considering this, START him. He’s a solid RB1, and will likely have 150 total yards against a very bad Falcons defense. Look for him to get into the end zone, as well.