Shots fired–and immediately returned. Former Philadelphia Eagles cornerback Orlando Scandrick, who was cut by the team Monday, went on FSI’s Undisputed and had more than a few things to say about his former team and some of the players that are still there.

Scandrick said he felt as though his release “felt kind of scapegoat-ish,” and talked about several “accountability issues” within the Philadelphia Eagles organization. Scandrick had played only three games with the Eagles prior to being released, so much of this feels like sour grapes, but he took a few definite shots at Eagles safety Malcolm Jenkins.

“You look at everything that happened. You hold out for a contract. You come in. You’re not really making any plays, like splash plays. Then you go down to Minnesota and you’re supposed to be in the half of the field and you end up playing a crosser? That’s not a rookie we’re talking about. It’s a two-time Super Bowl champ.”

Scandrick also called out Doug Peterson and Lane Johnson, saying that the Eagles as a team were still living off a “Super Bowl high” from two seasons ago. 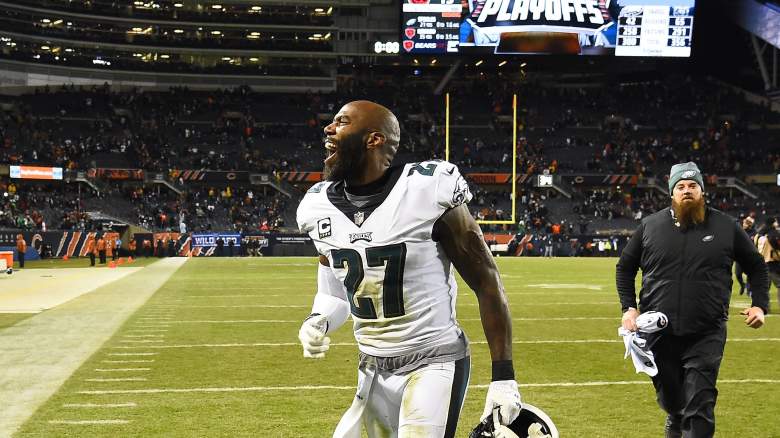 GettySafety Malcolm Jenkins #27 of the Philadelphia Eagles has more than a few choice words in response to Orlando Scandrick Friday. (Photo by Stacy Revere/Getty Images)

In several NSFW snippets Friday, Eagles safety Malcolm Jenkins let it be known how he felt about Scandrick and his comments. Warning: the following quotes and tweets have vulgar and NSFW language.

Jenkins said that Scandrick’s insinuation that he hadn’t taken accountability for his mistakes was absolutely untrue, and he also said he “could give two shits about people who aren’t here.” Then, he got even more pointed.

“For us to move on as a team, we can’t have motherf*ckers like that in the room,” he said.

Malcolm Jenkins on Orlando Scandrick’s comments: “I could give two shits about people who aren’t here.” #Eagles

It didn’t take long for Scandrick to respond to Jenkins, as the former Eagle seemed to be making the talk show rounds this morning. In response to Jenkins, Scandrick went on The Herd with Colin Cowherd and doubled down on his comments about Jenkins. Scandrick even went so far as to suggest Jenkins was the reason Zach Brown was released from the team. Jenkins also questioned those who thought Carson Wentz was a more talented quarterback than Dak Prescott. Scandrick spent nine seasons as a Cowboy, from 2008-2017.

Said Malcolm was the reason zach brown was released

Jenkins has 31 tackles and two forced fumbles so far this season, and he remains one of the Eagles’ best defensive players. The Eagles have had a disappointing start to their season. They’ve lost two in a row, but despite having a 3-4 record, they’re just one game behind the Dallas Cowboys in the NFC East. No word yet if Jenkins has responded to Scandrick’s latest comments.