The Chicago Bears’ offense has been a concern since the start of the current season, and it’s grabbed the attention of a few former players. This includes the likes of Lance Briggs, Matt Forte and Olin Kreutz, who has a weekly post-game segment called the  Under Center podcast, in which the former Bears players examine the play of the current team.

While discussing the Bears’ most recent loss to the Oakland Raiders, Kreutz, who played center for the team, suggested a change to the offensive gameplan. He called for head coach Matt Nagy to consider handing play-calling duties to offensive coordinator Mark Helfrich in order to give the offense a new look and feel.

“How did Nagy get his chance?” Kreutz asked the panel of former players, referring to the 2017 season in which Andy Reid turned play-calling duties over to his then-offensive coordinator Matt Nagy. “Here was an offensive genius in Kansas City (Andy Reid) whose offense wasn’t playing well. And he let Nagy call the plays. So should Nagy give the play-calling to Helfrich?”

Kreutz noted that while Nagy’s play-calling abilities were part of why he was brought to Chicago, he may have to put his ego aside and let someone else see if they can do better. Why does Kreutz think this is a good idea?

“Because the offense hasn’t played well for a while now. We’re going on week 6, and if you count the playoff game last year…you only scored 15 points at home in a playoff game. Eventually, you’re gonna have to give someone else a shot to call the plays, so you can be the head coach and worry about: ‘how do I help this team win the game?'”

Would OC Mark Helfrich Be Good at Calling Plays for Chicago? 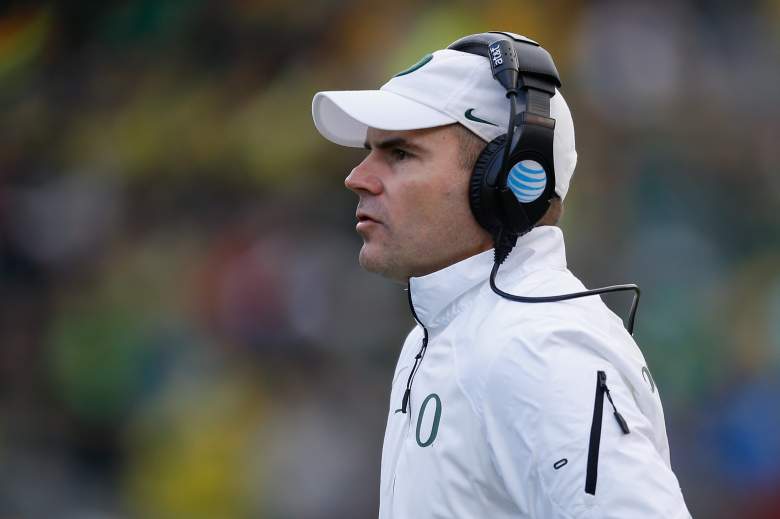 Helfrich called plays for the Bears in training camp and in one preseason game this year, but he doesn’t have a great deal of play-calling experience–and he has none in the NFL. He does, however, work exclusively with quarterback Mitchell Trubisky, and he has over 16 years of experience working with the quarterback position.

The Bears’ current situation is unique because while they have a young team, they’re also built to win now. This defense is Super Bowl-caliber, but the offense is one of the worst in football right now.

Former Bears defensive lineman Alex Brown, also a member of the podcast panel, said he understands that the Bears’ offense is Nagy’s “baby” and he understands that Nagy is seemingly trying to take responsibility for the team’s offense singlehandedly because that’s why the Bears brought him to Chicago.

But, Brown said, Nagy may “have to swallow his pride” if things don’t get better soon on the offensive side of the ball in Chicago.

READ NEXT: Benching Kyle Long and Other Changes the Chicago Bears Must Make