Fans and media alike are equally surprised and impressed with the Indianapolis Colts victory Sunday night against Patrick Mahomes and the undefeated Kansas City Chiefs.

The Colts, led by a ridiculously stout offensive line and the running of Marlon Mack, defeated the Chiefs 19-13 in a game that saw the Chiefs score the fewest points of the Mahomes era.

After marching into Arrowhead and handing the Chiefs their first loss of the season, the Colts and their head coach Frank Reich gave an impressive performance. This is a team whose current quarterback was supposed to be their backup when the preseason began, and now Jacoby Brissett just beat Patrick Mahomes. And of course, as always, Twitter had some things to say.

Raise your hand ?‍♂️ if you just saw the #Colts dominant the #Chiefs in their home stadium ?

Usually for us Chiefs fans, the heartbreaking game against the Colts comes in the first round of the playoffs.

No one talk to me. The Indianapolis Colts just marched into Kansas City and bullied the NFL sweetheart Kansas City Chiefs.

The Chiefs lost to the Colts…anything is possible

Jacoby Brissett and the Colts get their revenge as they go to Arrowhead Stadium and take down the Chiefs! pic.twitter.com/NxWY7HcfJw

Some Called Mahomes into Question 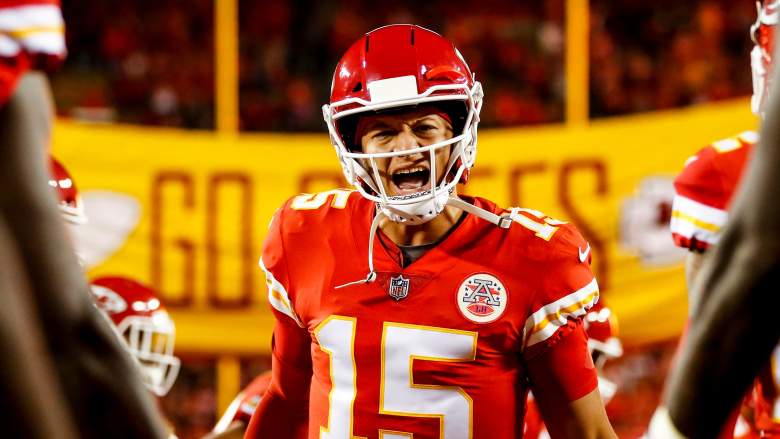 Patrick Mahomes was playing with an injured ankle, and his line wasn’t giving him the protection he has grown accustomed to. The Colts sacked Mahomes four times on the night, and the Chiefs’ offensive line had only given up three sacks all season prior to Sunday night’s game.

A few members of the media took the opportunity to go on Twitter and question whether or not Patrick Mahomes is clutch in prime time games.

Please don’t take this the wrong way Patrick Mahomes is having another great season but he has yet to win the big game (#AFC Championship or a #SuperBowl) until then he’s a good quarterback but can’t be considered one of the best yet! #ChiefsKingdom #NFL #SNF

Including playoffs, Patrick Mahomes is now 2-6 (.250) in primetime football games.

Co-host of Undisputed Skip Bayless had been suggesting all week leading up to the game that perhaps the rest of the league has already figured out Patrick Mahomes.

Maybe Patrick Mahomes isn't running away with the MVP after all. He could score only 13 at home against the injury-ravaged Colts defense???

"Somebody else we know, I ain't gon' call no names but he plays up in Foxborough, could never do that. Only time he looks back at the official is when he's begging for flags." — @ShannonSharpe pic.twitter.com/qi5a3069Tz

Mahomes still has the support of his own fan base and the great majority of NFL fans, so the number of people being overly critical of the young and exceptionally talented quarterback are in the minority.

GettyColts RB Marlon Mack had an excellent game against the Kansas City Chiefs in their upset win.

The Colts were able to hand the Chiefs arguably their worst loss in the Patrick Mahomes era largely by relying on their huge (and young) offensive line, and by leaning on their star running back Marlon mack, who finished the game with 132 yards, averaging 4.6 yards per carry.

Not only did Mack’s line open up holes bigger than some states, Mack also displayed some impressive moves and cuts throughout the entire game.

Marlon Mack is one of the better running backs in the NFL, full stop. It's not just this offensive line.

The Colts Established Themselves as a Run-First Team 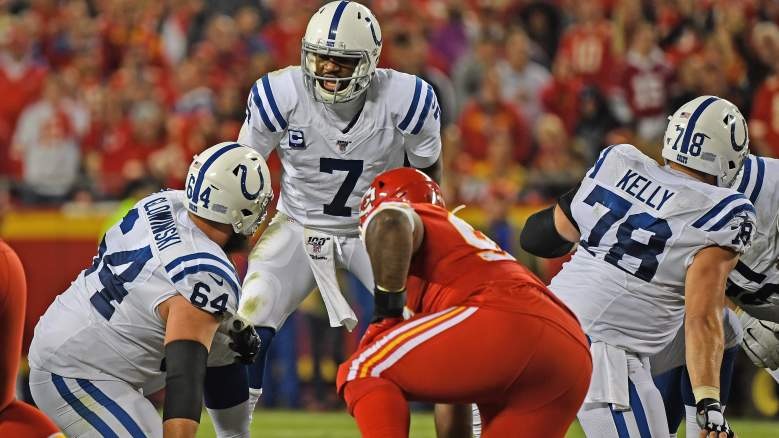 After his team’s win, wide receiver T.Y. Hilton got behind the Colt’s new run-the-ball-first mentality, saying: “We a complete team. We got it all. They doubled me, tried to take me out of the game, but like I told y’all, I don’t need the ball, just keep running the ball.”

TY Hilton: "We a complete team. We got it all. They doubled me, tried to take me out of the game, but like I told y’all, I don’t need the ball, just keep running the ball, o-line, TEs, they did a great job blocking. They called a penalty on me, I guess I gotta stop blocking."

The team had hats made that say: “Run the damn ball” on them, and Colts quarterback Jacoby Brissett and star offensive linemen Quenton Nelson have been sporting them for months. Sunday night against the Chiefs, that became solidified as the team’s mantra.

Colts QB Jacoby Brissett going with the ‘Run The Damn Ball’ hat. Colts are sixth in the league in rushing pic.twitter.com/0fh1TqPIbt