Happy 25th birthday to the greatest guy I know, so lucky to call you mine!! ♥️? @jaredgoff #cougar 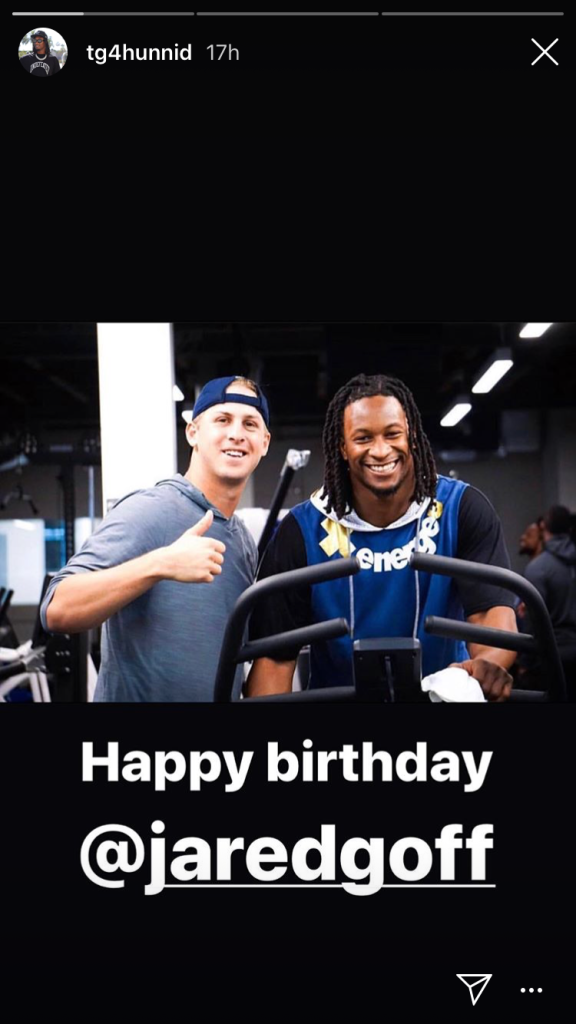 In honor of @jaredgoff Birthday let us never forget the time he showed up to me & @a.woods BLACK TIE / BLACK ATTIRE ONLY WEDDING in a TAN suit‼️ The only one that didn’t get the memo ??? Love you bro. Drop a ?? in the comments to wish him a happy bday‼️ – Photo by: @dukeimages

The NFL’s Twitter account also wished Goff a happy 25th birthday, but the great majority of responses to the post were from fans who weren’t in a celebratory mood–in fact, many fan responses were absolutely brutal.

Goff is Off the Mark This Season 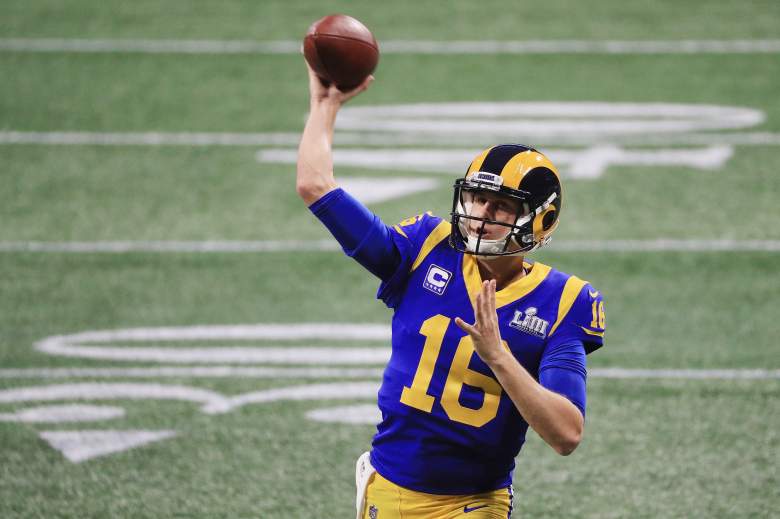 GettyRams QB Jared Goff has had a rough start to the 2019 season.

Goff has had a good deal of success prior to this season, but his numbers have been wretched so far in 2019, and he finished 2018 with a whimper and more than a little cause for concern. He and the Rams were majorly outplayed in the Super Bowl, and Goff has been unable to make anything happen in many of the team’s biggest games. In fact, his play is hurting his team. He fumbled in 10 straight games up until last week, and he has had 13 fumbles and 13 interceptions in his last 12 games. Those numbers are not pretty.

Jared Goff, who fumbled in 10 straight games prior to not fumbling last week, fumbled again today. That's 13 fumbles and 13 INTs in his last 12 games for him.

This year, Goff’s birthday just happened to come the day after the Rams lost to the San Francisco 49ers. Goff threw for a career-low 78 yards in a brutal 20-7 loss at home. The Rams fell to 3-3 after losing their third game in a row, and many are pointing the finger at Goff, who has seven touchdowns and seven interceptions so far this season.

GettyLos Angeles Rams quarterback Jared Goff got roasted on Twitter on his birthday.

While Goff himself stayed silent on social media on his birthday, the league’s Twitter account, as they often do, wished him a happy birthday. They could not have anticipated the responses:

He threw for 78 yards he doesn’t deserve a birthday

While many fans take things too far on social media, some also pointed out that Goff is in the first year of a very lucrative contract that sees him making $134 million over the next four seasons. Better play is clearly expected from him, and fans certainly expressed that sentiment.

The Rams have a relatively easy schedule remaining, although they do have tough games against the Chicago Bears, Seattle Seahawks and a rematch against the 49ers ahead. Goff’s recent play is a definite cause for concern for Rams fans, and he has to pull it together soon if the team wants to make the playoffs again.