Wide receiver Stefon Diggs had a perfect opportunity to squash the rumors that he wanted to be traded from the Minnesota Vikings. Instead of taking advantage of that opportunity, Diggs chose to fuel the rumors even further.

While the Vikings said just yesterday that they had absolutely no intention of trading Diggs, he let it be known today that he’s not at all happy with the organization, and he made his frustrations public.

Diggs: “There’s Truth to All Rumors” 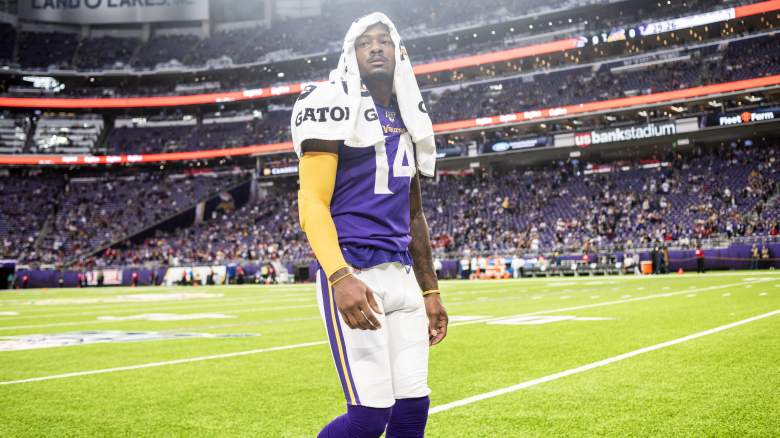 When asked about the trade rumors swirling around him, Diggs said this Thursday afternoon: “I feel like there’s truth to all rumors, you know? I mean, no matter how you dress it up…I won’t be speaking on it at all.” Diggs also said that he had not asked for a trade and hadn’t spoken to his agent about being traded to another team. Here’s his exact response:

Stefon Diggs says he hasn’t asked for a trade nor has he spoken to his agent about one. But when asked about the rumors .. here is his response … #vikings pic.twitter.com/JBivTJzJRi

Immediately following Diggs’ interview after practice today, Ian Rapoport went on the NFL Network to discuss the wide receiver’s latest comments. Diggs’ “frustration is very real,” Rapoport said. “Stefon Diggs is not happy with the offense, with his role in the offense, with the direction they’ve taken.” Here’s the segment in which Rapoport discussed Diggs and his latest comments:

Rapoport also noted that the Vikings are in a very different place offensively than they were just a year ago: “With offensive coordinator John DeFilippo, they were pass-happy, they were throwing it all over the place, Diggs was incredibly productive…ever since they have moved on from DeFilippo this has been a very different offense,” Rapoport said.

Rapoport also noted that this is why is is likely Diggs may be wishing he were in another city playing for another team–he’s just not coming out and using those exact words. At least, not yet. One of Diggs’ teammates has also made recent comments suggesting that he isn’t happy with the way things are going in Minnesota, either.

GettyAdam Thielen of the Minnesota Vikings

Vikings Pro Bowl wide receiver Adam Thielen also expressed disappointment with the Vikings’ offense within the last week. “You have to be able to throw the deep ball,” Thielen said after the team’s most recent loss to the Chicago Bears. Thielen noted that the Vikings have become too one-dimensional with their reliance on the running game this season, and while many felt this was a jab at current Vikings quarterback Kirk Cousins, Thielen later clarified these comments, saying they weren’t directed at one person, but the lackluster Vikings passing attack in general.

The #Vikings had 40 rushing yards & 233 passing yards in the 16-6 loss at #Chicago. WR Adam Thielen has some thoughts on the team's reliance on running & its playmaking struggles. @WCCO pic.twitter.com/M6cbLxFbGY

Cousins followed Thielen’s explanation with an apology of his own. “I really want to apologize to (Adam) because there’s too many opportunities where we could have hit him on Sunday,” Cousins said in an interview on KFAN. Regardless of any apologies, it’s obvious things are not currently sunny in Minneapolis.

Cousins on his KFAN show, 1 “I really want to apologize to (Thielen) because there’s too many opportunities where we could have hit him on Sunday & post game when I talk to the media I always say ‘Hey until I watch the film it’s hard for me to really give you a straight answer…