Colin Kaepernick can add another supporter among current NFL players. When asked a series of questions about Colin Kaepernick’s upcoming tryout this Saturday, Chicago Bears cornerback Prince Amukamara had some supportive things to say about the former NFL quarterback.

According to Patrick Finley of the Chicago Sun-Times, Amukamara said he thinks Kaepernick not only should be on an NFL roster, but that he should be starting for one of the 32 teams. “I think a majority would say that Colin could easily be a starter in this league for sure, especially with this season phrased, or deemed, as the season of backups and stuff like that. Colin’s definitely not a backup.”

Prince Amukamara is Hopeful for Kaepernick 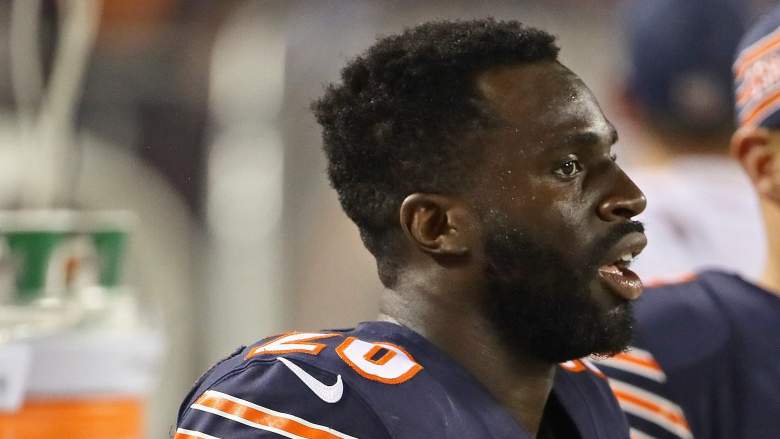 GettyChicago Bears Cornerback Prince Amukamara was supportive when he was asked about Colin Kaepernick. (Photo by Jonathan Daniel/Getty Images)

Amukamara then said that while he wasn’t certain whether or not the league is genuine in its desire to give Kaepernick another shot, he hopes the opportunity is both real and fruitful: “Just with the stuff that’s on social media, it’s always hard to distinguish what’s truth and what’s fact,” Amukamara said. “I’ve heard that his workout is just a ploy and I’ve heard it’s serious. I really just hope that it’s genuine and that it works out for him. I’m definitely excited for him to get a shot.”

Whether or not the Bears give Kaepernick a shot remains to be seen. As of Thursday, they were not one of the teams slated to attend the workout.

The Bears have not committed to attend Colin Kaepernick's workout on Saturday in Atlanta. Eleven teams will be in attendance, according to the NFL.

Several members of the media have suggested Kaep would be a good fit for Chicago, but Bears head coach Matt Nagy has remained non-committal about the subject. Amukamara, however, was fairly clear: Kaep deserves to be starting on a roster somewhere. He’s not alone in his line of thinking. According to a survey conducted by The Athletic in January of 2019, over 95% of NFL players said they think Kaepernick deserves to be on an NFL roster.

Amukamara: Attending Kaep’s Workout Not ‘A Shot at Mitch’

Amukamara was asked what he thought about the possibility of the Bears attending Kaepernick’s workout Saturday.

“If they did, I wouldn’t look at it as a shot at Mitch or anybody,” he said. “I feel that all teams do what’s best for them and always do their due diligence.” He cited the Patriots as an example of this. They have one of the greatest quarterbacks of all-time under center in Tom Brady, yet the Pats will have someone present to watch Kaep’s workout.

Amukamara went on to say that not only did he think Kaepernick would be welcomed by the Bears organization, but that if any team in the NFL signed Kaepernick, his signing would be good for the league as a whole:

Whether that happens remains to be seen, but much could be gleaned from Saturday’s upcoming workout.