The Chicago Bears beat the Dallas Cowboys Thursday night, 31-24, in a game that never really felt that close. Apparently, after the game was over, action of a different sort continued in the parking lots that surround Soldier Field.

Barstool Sports obtained video of Chicago Bears fans getting into multiple physical altercations with several Dallas Cowboys fans as they were apparently exiting the game and heading to their respective vehicles. Here’s a look at what went down:

Warning: the following video and tweet may contain some strong and vulgar language:

Bears kicking the shit out the of Cowboys on the field and in the parking lot (via IG/blakeheisman) pic.twitter.com/EmLTfQcoFw

Bears Fans vs Cowboys Fans: Who Started It? 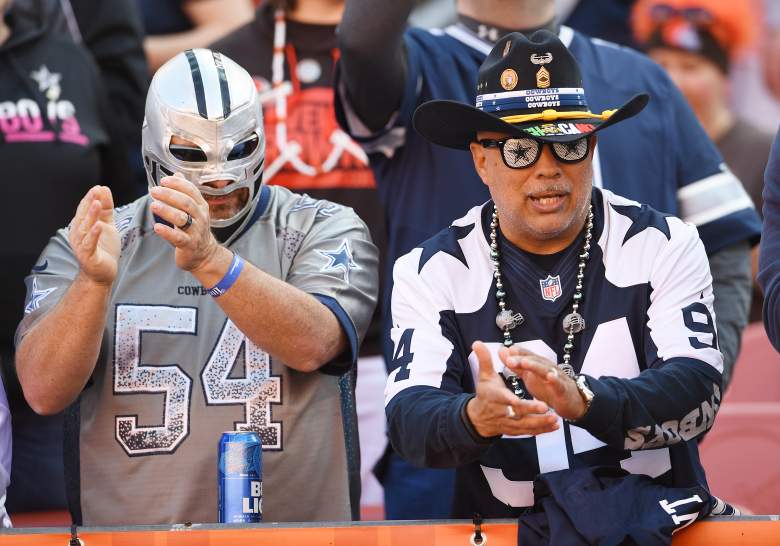 GettyDallas Cowboys fans got into multiple fights with fans of the Chicago Bears at Soldier Field Thursday night after the Bears beat the Cowboys.

Based on the video, it is unclear who started the fights, as multiple altercations are captured on the cell phone footage. It is also unknown what caused the crowd to turn into a pack of pugilists after their home team’s huge and important victory, with Bears fans clearly outnumbering their counterparts who were rooting for the visiting Cowboys.

The game itself did not feature any such antics; no players were flagged for fighting or unnecessary roughness, and the game was a clean one. But the referees did get called out on Twitter for missing multiple face mask calls that should have gone against the Dallas defense.

According to the refs, the Cowboys did not commit a face mask here, but the Bears committed a block in the back. You decide. pic.twitter.com/IN79ORfB17

The officials have missed two facemask penalties on the Cowboys defense. #Bears WR Anthony Miller and TE J.P. Holtz both have had their facemasks grabbed after catches.

Bears guard Kyle Long, who is spending the remainder of the season on injured reserve, and did not attend the game, retweeted the video of fans fighting, with the caption: “Hard place to play in December for a lot of reasons.”

Hard place to play in December for a lot of reasons https://t.co/xQ4S5g0Byc

Still, the game itself was a great one for Bears fans to see. Starting quarterback Mitchell Trubisky, who struggled mightily the entire first half of the season, had an excellent game against this top-10 Dallas defense. Trubisky threw for three touchdowns and ran for a fourth on a nifty 23-yard scamper, and his play seems to be improving every single week over the last month, which is a good sign for the Bears and their fans.

In a game that both teams needed to win, the Bears came out and dominated on both sides of the ball, giving their hometown fans their best performance on the season. That didn’t stop their fans from getting a few extra hits in afterward, however–this time quite literally.

The Bears will play their longtime rival, the Green Bay Packers, next in Week 15, which will be a game they will need to win if they want to keep their admittedly small playoff hopes alive.