This is expected to be a quiet trade deadline, though a four-team, 12-player trade just overshadowed those reports. What will the Sixers do before the NBA deadline? Let’s examine some questions worth answering.

How Significant Are the Denzel Valentine Rumblings?

With the Sixers unlikely to make a big splash, finding value around the edges should be the priority for GM Elton Brand. Some around the league believe Denzel Valentine could be on the move and Philadelphia could be the destination.

As I mentioned in the Bulls’ trade deadline primer for SLAM Magazine, Valentine’s career in Chicago never took off because of various injuries. He’ll be a restricted free agent after the season, yet he shouldn’t command a lucrative contract. For the Sixers, all that matters is if he can help them this year.

Valentine is a play-maker on the wing who can take the burden off Ben Simmons. While he is a career 37.1 percent shooter from three, he’s dipped to below 36 percent this season, though perhaps a change of scenery is what the 26-year-old needs to improve those figures. Regardless, he likely won’t cost much to acquire if the Sixers go that route.

Why Not Chris Paul?

If the team is going to make a major move, perhaps trading Al Horford is the prudent decision, as I mentioned in the 76ers trade deadline primer. However, as hard a pill as it is to swallow, Horford’s contract diminishes his trade value to zero, meaning that the team would likely have to take back another large-scale deal (or add an additional asset) if they wanted to move the big man.

Enter Chris Paul. Executives around the league worry about both Paul’s deal and Horford’s contract, with each players’ age at the end of the agreements being the main concern. Yet, if the Sixers could somehow flip Horford (add in Zhaire Smith?) for Paul, the product on the court would simply be better.

The problem? Chris Paul has played so well for the Thunder, and the team is thrilled with how he has embraced his role as a veteran mentor. It doesn’t seem likely that the club would move him now. 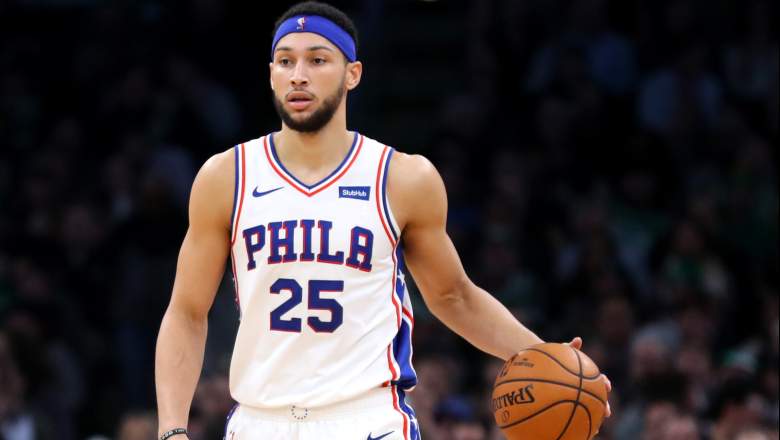 The Sixers’ struggles are being felt by the team’s stars, and it makes you wonder if GM Elton Brand is going to make a move.

“We were soft,” Simmons said of the Sixers (via ESPN’s Cameron Wolfe). “… The physicality side of things, we gotta step that up. That comes with experience, also just comes with personality. Don’t get bullied.”

Simmons made similar statements last season before the 2019 trade deadline. Brand ultimately made a move to bring in Tobias Harris.

Is Darren Collison the Answer?

Our own Sean Deveney reported that Darren Collison, who abruptly retired from the game over the summer, will make a decision on his professional career after the All-Star break. Deveney reported the point guard prefers to stick around in Southern California if he makes a return to the NBA, but there are reports that the Sixers have interest in the veteran should he be open to a non-California team.

Assuming Collison is in basketball shape as reported, he would be a great fit for the Sixers. He shot 40.7 percent from three last season and has a career average of 39.4 percent. He’ll eventually soak up all the minutes from Raul Neto and Trey Burke, the latter of whom doesn’t get much run lately, as Brett Brown recently explained.

Why Didn’t the Sixers Get Robert Covington?

Bringing back Robert Covington may have been a solid move for the Sixers, though the simple answer to why the team didn’t re-acquire him was that it didn’t have the assets.

Minnesota netted two young prospects (Malik Beasley and Juan Hernangomez) along with a future first-round pick for Covington, which is a similar package to the one Brand gave up for Tobias Harris last season. This time around, the team could really only offer Smith (the club can’t afford to let go of Matisse Thybulle), which wasn’t going to cut it.