Should Mitchell Trubisky be scared? In a cool moment for Chicago Bears fans, former Bears backup Chase Daniel interviewed new Bears quarterback Nick Foles on ‘Chase Chats,’ Daniel’s new show he is sharing on his social media channels in which he interviews fellow football players. The interviews are all taking place long distance due to the current coronavirus pandemic, and Foles was his very first guest.

The two didn’t talk much football — Daniel specifically noted he was going to avoid discussing the game — but Foles had several interesting things to discuss, from how his father, a restaurant owner, is handling business during a pandemic, to the theology degree he’s interested in pursuing at Liberty University. The subject of how Foles has been staying in shape also came up, and when Foles revealed his recent workout routine — and it’s more than a little intense. 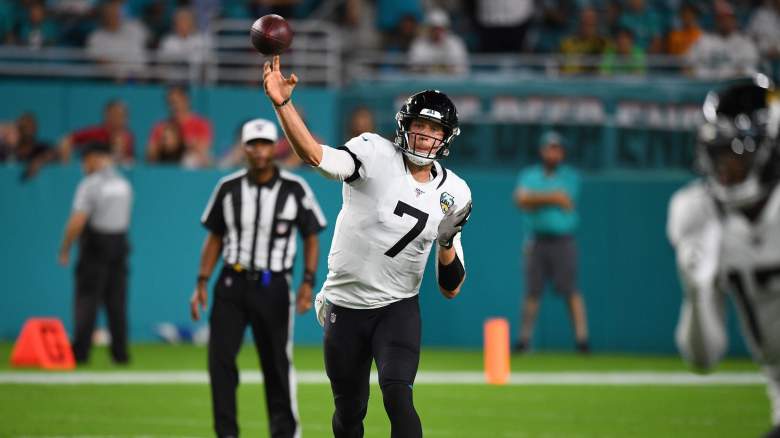 Bears QB Nick Foles seems more motivated ever to succeed than ever. Photo by Getty images.

Foles told Daniel that his collarbone injury early in the 2019 season triggered a certain mindset in him. He felt like he had to work harder, to approach his workouts with even more vigor upon his recovery from the injury. “I went into the offseason extremely hungry, as always, but even more hungry just cause of how things happened,” Foles said. Then, he discussed getting into Ironman workouts, which involve hardcore triathlon training.

“I’ve always wanted to do an Ironman,” Foles said. “I won’t probably do it now because I’m playing, because we obviously sign our lives away in the contracts. But I’ve approached my training like Ironman training. So, I developed a plan, and it got to a point where one of my last workouts I’m doing in this training was like a 9.8-mile run, a 33,000-yard swim and probably an hour-and-a-half on the bike.”

Foles is at an hour-a-day workout currently due to social distancing restrictions, but he plans on pursuing it again in the future. When Daniel noted the difficulty of Ironman training, Foles agreed, and said: “That’s the reason I’m so intrigued by it.”

Foles on His Training: ‘You Test Your Flesh to the Ultimate’ 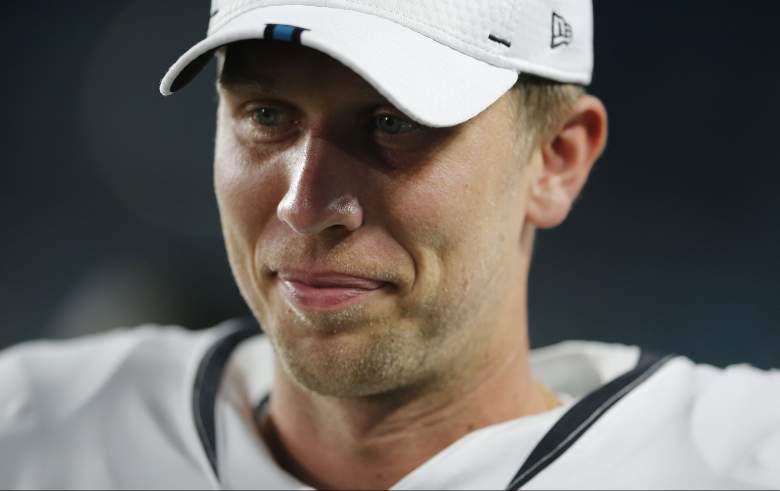 Foles revealed that while, at 6’5″ and just over 240 lbs., he doesn’t exactly scream Ironman material, he’s drawn to the mind-over-matter aspects of it. “It’s just fascinating, because … I’m not built for that. … you have to fight that mental weakness where it’s just easy to give up … You build resilience, and that’s the thing that’s almost intoxicating to me, like getting to that point where I want to quit, and then pushing through it … you just test your flesh to the ultimate.”

Foles will be competing against former second-overall pick Mitch Trubisky for the starting spot, and if his offseason activities are any indicator, Foles will be ready to go.

READ NEXT: Bears FaceTime With Top Safety Prospect Who is Interested in Playing in Chicago