Getty has just signed a one-year contract with the Chicago Bears.

We have signed veteran free-agent WR and return specialist Trevor Davis to a one-year contract.

Davis will be competing for a spot on the roster against young Georgia wideouts Riley Ridley and Javon Wims. He was taken by Green Bay in the fifth round (163rd overall) of the 2016 NFL Draft, and he has been a minor role player in his four seasons in the league.

Davis’ Speed His Best Asset, Could Be Backup Returner on Special Teams 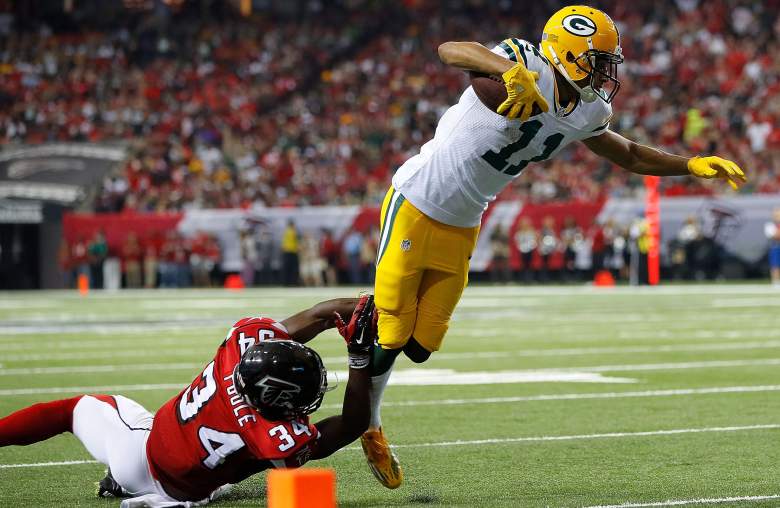 Former Packers director of football operations Eliot Wolf noted he and the team chose Davis primarily because of his speed. “That was one of the main attractions, definitely,” Wolf said at the time.

Davis ran a 4.2 40-yard dash at the combine, and he has undeniable speed, but his value throughout his career has been more attached to his return abilities, so it will be interesting to see what his role will be with the Bears. Chicago has All-Pros at both punt returner (Tarik Cohen) and at kickoff returner (Cordarrelle Patterson) so it’s likely he could be contributing largely in a backup role as a return specialist.

Davis played his first three seasons with the Packers before he was traded to the Raiders and waived before being claimed by the Dolphins last year. As a wide receiver, he has played in 49 games, hauling in 16 catches for 205 yards and a touchdown.

The Bears also added speedy wideout Darnell Mooney, whom they selected in the fifth round with the 173rd overall pick. Bears head coach Matt Nagy seems quite high on Mooney based on his post-draft comments.

“What you see is his releases are really good off the line of scrimmage,” Nagy said about Mooney after the draft. “He understands leverage and when I say that, there might be a defensive back that’s trailing him on his inside hip and he makes a move to the inside to get the snap and then he turns the outside and create separation making it a friendly throw for the quarterback. You just feel every route he runs he’s real smooth. He has big strides. For being somebody of his (smaller) stature, he chews up a lot of ground early and then he has that top-end speed. He’s been inside. He’s outside. The other thing that jumped out to all of us as we were watching tape, he’s one of those guys, where there’s a lot of stuff on tape and he shows where he makes the first guy miss. And when you’re able to do that with the acceleration that he has it can turn a 12-yard gain into a home run and a touchdown and we like that. It was really intriguing to us and we’re ready to see a lot of it.”

Mooney will likely make the roster, leaving Davis to battle it out with Wims, Ridley, and Ahmad Wagner, an undrafted free agent receiver out of Kentucky.