Even professional athletes dream of going pro in other sports and New Orleans Pelicans guard Lonzo Ball is no exception.

The former No. 2 overall pick took to social media to show off some of his route-running skills in an Instagram video, tagging Cleveland Browns star wide receiver Odell Beckham Jr. and Arizona Cardinals pass-catcher DeAndre Hopkins, telling the duo to check out his footwork.

For what it’s worth, the 6-foot-6 middle Ball brother put on quite the show against his competition. But it wasn’t enough to impress Beckham, who fired back after reposting the video.

“Boy run like the Call of Duty players,” Beckham wrote, accompanied by a handful of crying laughing emojis.

Lonzo did roast his younger brother LaMelo, one of the top prospects in the upcoming NBA draft, forcing him to hold as he ran by. 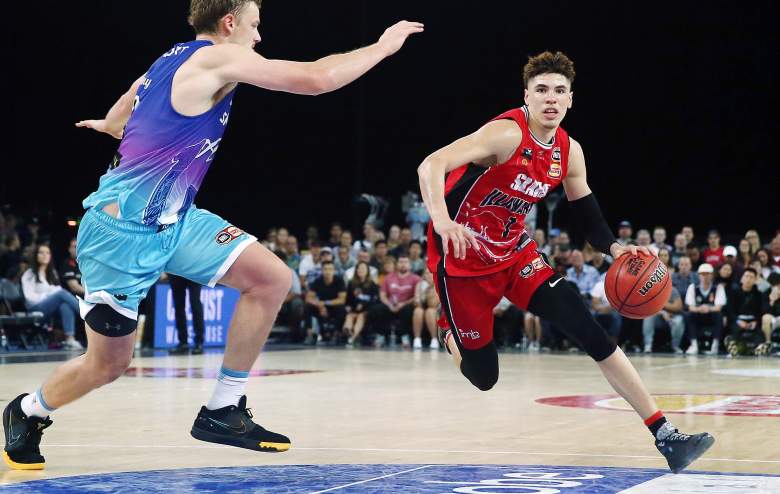 The Ball brothers — Lonzo, LaMelo and LiAngelo — did make some headlines this week, announcing that they were signing with Roc Nation Sports.

“We talked to several agents, but the family had good vibes with Roc Nation,” LaMelo Ball’s manager Jermaine Jackson told ESPN. “I’ve known Jay-Z since I played for the Knicks, but this is what the kids wanted to do. Jay-Z is a master at what he does. He’s global. It’s power beyond power.

“This is something that they are building from the ground up together. They are brothers and they love each other and that’s how they roll. It’s all love. They don’t separate from each other.”

Now the Ball brothers are signed to Roc Nation ? pic.twitter.com/AwP5H6LnBK

LaMelo Ball has had quite the unconventional journey to where he is now, as one of the top prospects in the draft and possible No. 1 pick. He played in Lithuania and for the Illawarra Hawks in the NBL, but is on the verge of making it to the NBA.

“Right now Melo is focused on the weight room and working on his game training with Lavar. His father is doing a phenomenal job,” Jackson said. “He already put seven pounds of muscle on him. He’s working out with Lonzo and Gelo trying to get ready for whatever comes next. He’s grown half an inch in the last few months.”

LiAngelo was on the verge of signing a G League deal before the pandemic took place and Lonzo is a key member of the young Pelicans alongside No. 1 overall pick Zion Williamson and All-Star Brandon Ingram.

Odell Beckham Gets Vote of Confidence From Browns GM 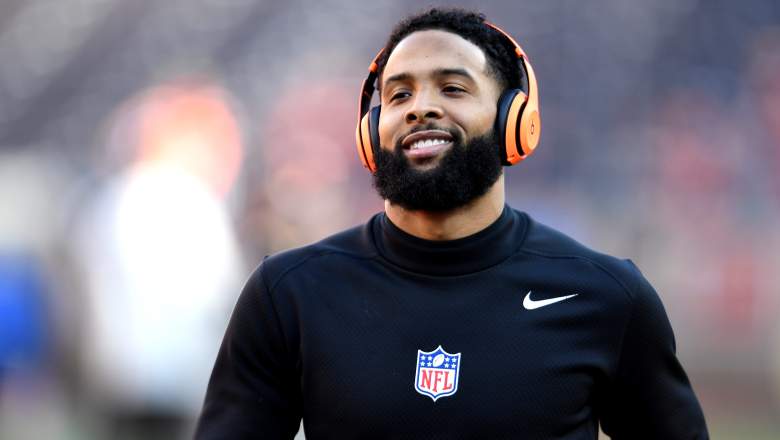 On the NFL side of things, Beckham is doing just fine. He’s coming off an injury-riddled first season in Cleveland, but drew some praise from Browns general manager Andrew Berry on Wednesday regarding the constant trade rumors.

“With all due respect to the question, I think this is actually a topic, at least from our perspective, there really hasn’t been a ton of ambiguity,” Berry said on NFL Network’s Good Morning Football. “We’ve been clear from the beginning that we view Odell as a fantastic player. We’re a better team with him on the field. We see him as a long-term member of the organization. We really like how he’s acclimated and adjusted with the new staff. So the rumors, that’s not something that we can control, but we’re happy to have him as a part of our organization.”

Despite breaking the 1,000-yard barrier, Beckham did not live up to the wild expectations set for him, finishing with 1,035 yards and four touchdowns. He had offseason core muscle surgery and has shown off his road back on Instagram.

READ NEXT: Browns Veteran Prime Candidate to be Cut, Per Analyst