Getty Chicago Bears LB Roquan Smith appears to be doing a lot of partying and a lot less social distancing. 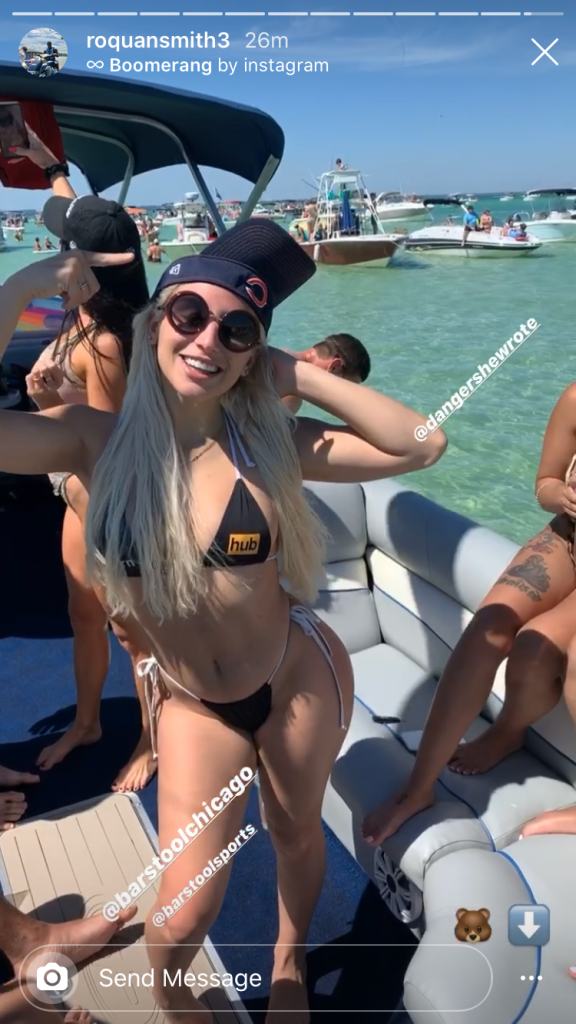 Smith and company appeared to be ignoring all aspects of social distancing, from heading to a crowded beach to posing closely together in clusters for photos while huddled on a boat. The photo he shared of Abella clearly shows several groups of people on land and in the water behind them. 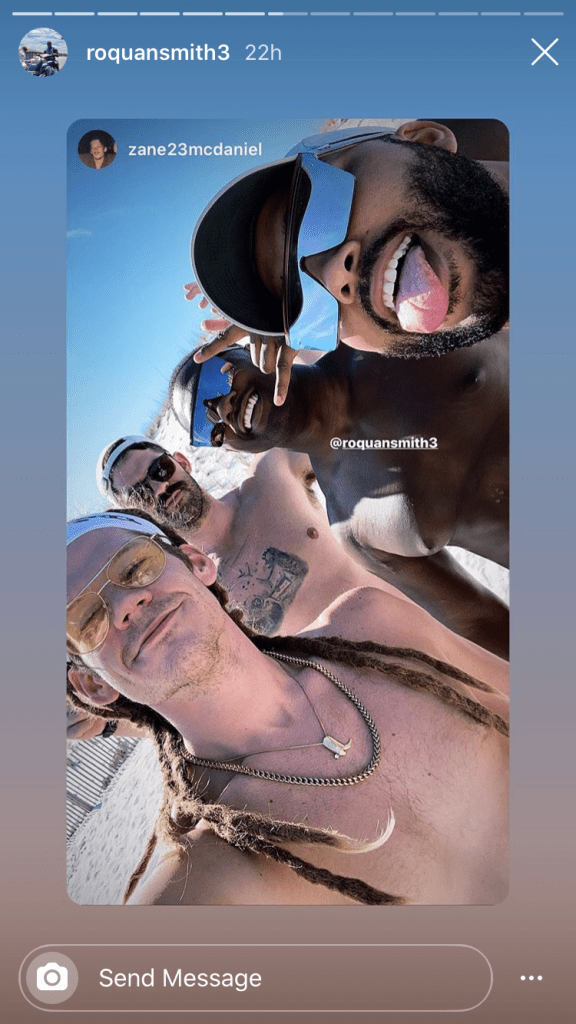 Linebacker Roquan Smith shared this photo on his Instagram story. It was one of several photos shared by Smith showing a lack of social distancing.

It appears as though Smith is ignoring his own advice, as well. 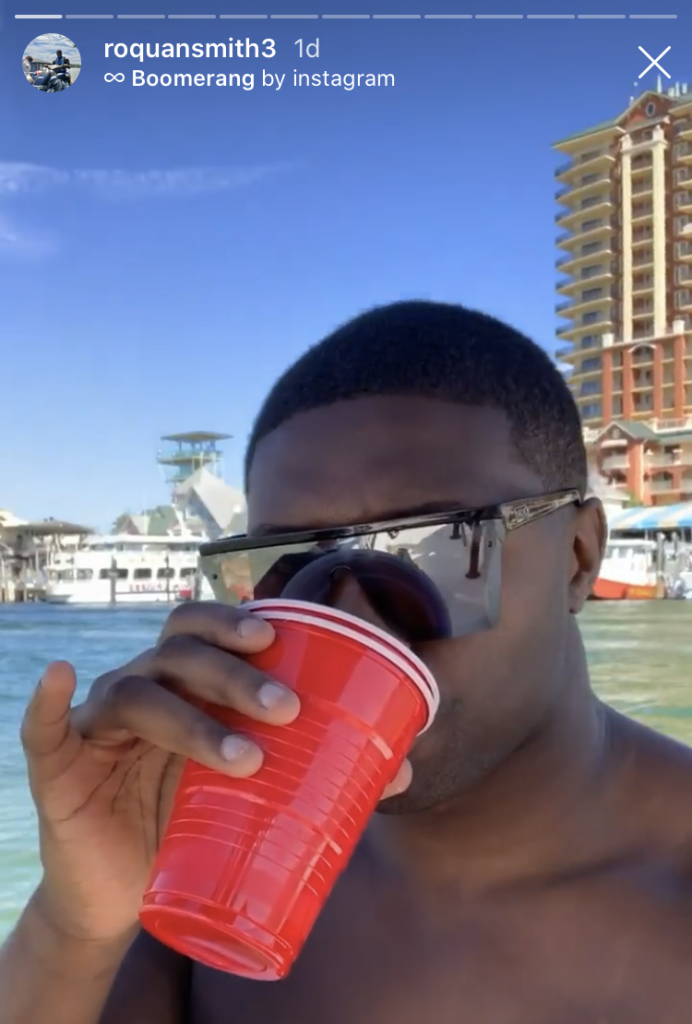 Roquan Smith’s InstagramBears LB Roquan Smith recently shared this photo of himself tipping back a drink while on a boat.

In a video shared by the Bears’ Twitter account on March 20, Smith said thank you on behalf of the team to nurses and health care members working during the COVID-19 outbreak, singling out Advocate Healthcare Aurora, a medical center located in Aurora, Illinois. The tweet was accompanied by a #flattenthecurve hashtag, which encouraged people to help keep the number of COVID-19 cases as low as possible by only leaving their homes when absolutely necessary in order to flatten the curve of the virus.

Shout out from @RoquanSmith1 to all the real MVPs in our communities who are stepping up when we all had to step back.

Smith’s awkward delivery in the video resulted in several of his teammates, including Tarik Cohen, Anthony Miller and Allen Robinson, roasting him via social media.

Boy was reading like he was following wit his finger ???

Regardless of his delivery in the video, Smith’s not engaging in social distancing mid-outbreak is a bit concerning. The Bears kicked off their virtual offseason Monday, April 20, and the 2020 NFL Draft was conducted with social distancing in mind just several days later. Smith is absolutely allowed a personal and social life, but when he and his team have publicly encouraged fans to stay home and he then posts photos and videos of himself out in public ignoring social distancing rules when it’s not at all necessary? It reads a bit hypocritical.

There is the possibility these photos and videos were taken awhile ago, and that Smith just posted them recently in a belated effort to share them, which is fine and makes this far less egregious. Still, to do that during a time when Georgia beaches are loaded with people (Smith was born and raised in Georgia, so the photos were presumably taken somewhere there) in the middle of a pandemic after asking people to #flattenthecurve shows curious judgement at best.