After offseason surgery on his hip, there’s hope from the Cleveland Browns that Jarvis Landry will be ready and close to 100 percent in time for the start of the season. However, former NFL doctor David J. Chao is saying not so fast.

Landry shared this week on a Zoom call with reporters that he feels ahead of schedule on his rehab from the hip surgery he had back in February.

“The rehab process is going great. Right now I’m a little bit ahead of schedule. Most important thing is taking it day by day and being healthy for the season,” Landry said. “I can’t predict when exactly when I’ll be on the field, whether that’s July, August or September, but obviously, my return date is sometime in August.”

Landry has not missed a game in his career, earning a reputation as an iron man at the wide receiver position. On top of that, he was extremely productive despite being banged up last season, collecting a career-high 1174 yards last season and six touchdowns.

“Yeah, it’s in my mind, but I’m really focused on this rehab to make sure that I can be ready for the season,” Landry said of his reputation of staying on the field. 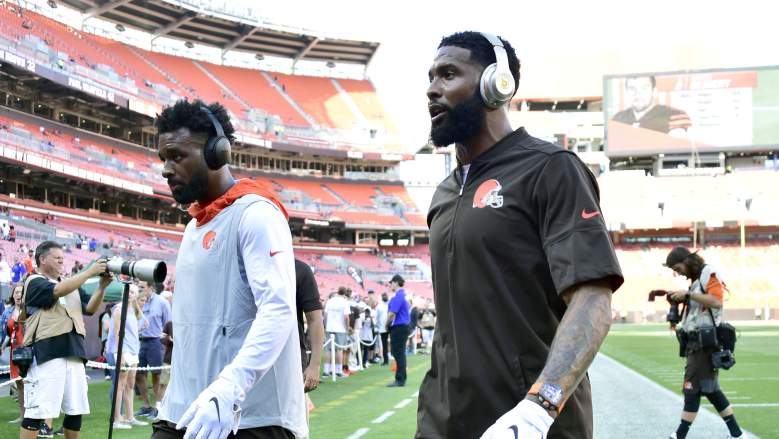 Landry was not the only Browns wide receiver to have offseason surgery. Odell Beckham Jr. did as well, having core surgery in January.

Beckham didn’t miss a game last season, but played through multiple injuries during his first season in Cleveland, most notably to his hip and groin. It was also reported that Beckham was playing through a sports hernia.

“Recovery’s going well,” Beckham said in an update on his personal YouTube page. “Guess I’m really trying to put my body back together. I’ve been playing for 23 years, so for me, I’m trying to put it all back together in seven months. Trying to build up resiliency, more strength.”

Chao is a verified former NFL head team doctor on Twitter with 17 years of experience and believes that Beckham has a better chance to be back for the season in time and healthy than Landry.

“Smart to be smart about return from left hip debridement, bone spur/chip removal and labral repair,” Chao wrote. “Even being ‘slightly ahead of schedule,’ tight timeline for season. I have more faith in [Odell Beckham’s] core muscle than [Jarvis Landry] post surgery for start of season.”

Smart to be smart about return from left hip debridement, bone spur/chip removal and labral repair. Even being "slightly ahead of schedule", tight timeline for season. I have more faith in @obj core muscle than @God_Son80 post surgery for start of season. https://t.co/TOVLonFJNv

Landry and Beckham are best friends, having played their college ball at LSU together. While they can’t be together during the rehab process, they have been able to keep each other motivated by seeing the progress virtually.

“We’ve been FaceTiming,” Landry told reporters on a Zoom call this week. “We’ve been kind of documenting our whole process of recovery and sending it back and forth to each other. Obviously right now is, like I said, it’s a crucial time in our recovery stages of getting our strength back. The healing process is kind of done. Now it’s time to make sure that everything’s working together.

“And then being able to go in the right phases and the right stages to be able to translate that all back to the field. Seeing his process has been motivating me obviously from afar, which he does automatically. The player he is, his work ethic motivates me. And going back and forth with our videos about just where we are in our rehab process is something that has been encouraging us to get even better than we were before.”