The past two decades have not been pretty for the Cleveland Browns. The losses have piled up, the coaching searches have been aplenty and the quarterback position has been as unstable as a bear on roller skates.

But when it comes to talent, this year’s edition of the Browns has a chance to shift the culture. The offense in Cleveland is absolutely loaded and the defense is equally as talented and teeming with potential.

However, last season’s disappointing 6-10 finish served as a reminder that a stacked roster simply isn’t enough to pull the franchise out of the doldrums. The Browns need a full on renaissance to return to the glory days of decades ago.

The Browns have had just two winning seasons since returning to the league in 1999 — including a winless campaign in 2017. NFL insider Jay Glazer was asked in his mailbag column for The Athletic what it would take to turn the franchise around. He said that the people at the top of the totem poll making decisions need to look in the mirror.

“When you’re this unsuccessful for this long, the top people there really have to look inside themselves and ask, ‘Where am I part of the problem? Where am I part of the issue of the culture here?’ and make changes,” Glazer wrote. “Take the ego out of it. There’s one goal and that’s that silver trophy. Nothing else.” 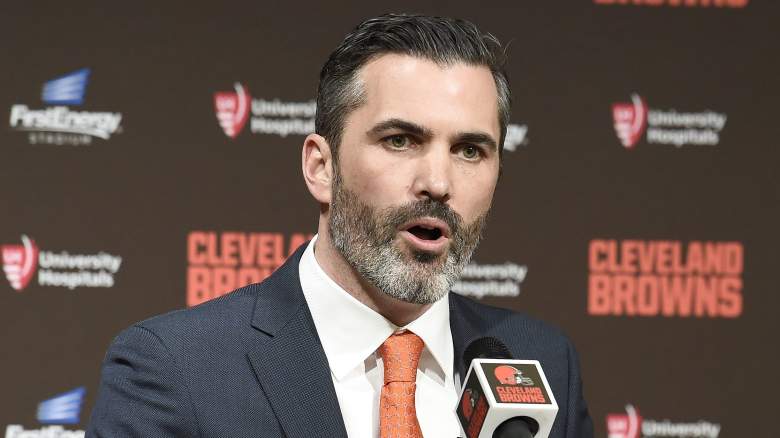 The Browns hired former Minnesota Vikings offensive coordinator Kevin Stefanski as their 18th full-time coach this offseason. Glazer believes that the 37-year-old Stefanski has what it takes to lead the team into a new era.

“I think if the Browns take on his personality, that would be great. He’s a really likable guy. He’s a teacher and he has no ego in him. Stefanski has a lot of great qualities,” Stefanski wrote. “He’s always getting better. He’s always learning. A lot of these guys have egos that get in the way. That’s not Stefanski. I don’t see Stefanski changing at all.”

Stefanski has been open that he understands the challenge of coaching in Cleveland, but is firmly focused on what he can do to change the future rather than getting caught up in the past.

“I understand that and for me – and it is easy: the focus is [on] 2020. We are not looking backward, we are looking forward,” Stefanski said during his introductory press conference. “I hope all of our players know that, too. When they walk in the building, whenever it is in April, we are moving forward. Anything that has happened in the past does not affect our future. I am just confident in the group that we have.”

Browns quarterback Baker Mayfield — the No. 1 overall pick in 2018 — is entering a crucial season, with his future in Cleveland likely on the line. He has been very complimentary of Stefanski and how things have gone early on in their relationship.

“Kevin is obviously an extremely sharp guy. He is able to relate to everybody That is one of the best parts about him and being around him so far,” Mayfield said while speaking with reporters on Wednesday. “Just hearing his message, everything he does is with a purpose. It is a very deliberate message, and he has everybody believing in that on the staff. I think that is how the foundation should be set, and he has done an unbelievable job of that.”

Mayfield passed for 3,827 yards, 22 touchdowns and 21 interceptions last season, ranking next-to-last in both passer rating (78.8) and completion percentage (59.4%). He believes that Stefanski’s offense will be a much better fit for his skill set and help find the success he had his rookie season.