Getty One member of the Chicago Bears defense could be the key to determining who wins the division.

The 2020 NFL season will be a huge one for third-year linebacker Roquan Smith. The first-round pick of the Chicago Bears in 2018, Smith has played well, and is by no means considered to be a bust, but he also hasn’t had the breakout, Pro Bowl-type season many expected from him, either.

Many felt as though Smith would break out last season, but he missed time due to a mysterious “personal issue” that was never explained, and he tore his labrum late in the season, ending a solid-yet-still-slightly-disappointing sophomore campaign. Smith started 12 games in 2019, and he played in all 16 as a rookie, starting 14. He has shown several laudable traits, particularly as a tackler. He had 121 tackles as a rookie, which led the team, and he had 101 stops in his 12 games last year, while also performing well against the run. As it turns out, how well Smith stops the run could determine how the NFC North shakes out.

The folks at Bleacher Report have singled Smith out as one of eight underrated players in the NFL whose play could potentially determine how their respective divisions pan out. 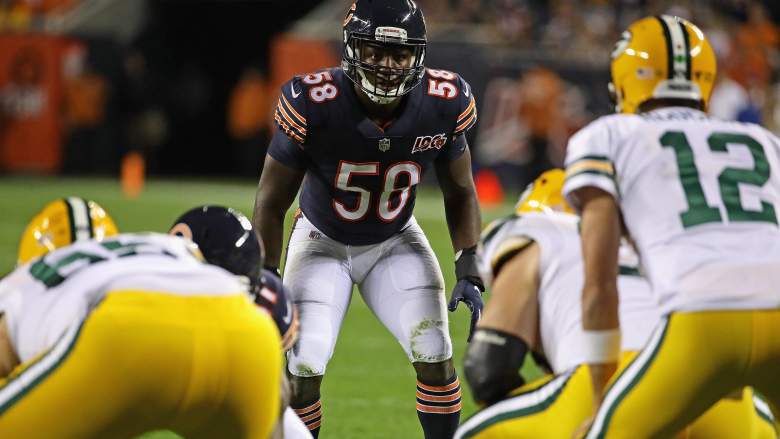 Out of all the players in the NFC North, Bleacher Report selected Smith as the key player in the division. The Bears will face both Aaron Jones and Dalvin Cook twice, and how well the Bears stop the run will be a critical factor in terms of whether they win those games. Here’s what BR said about Smith:

“Roquan Smith may be the most important piece of the puzzle moving forward because of how offenses in the division are currently constructed … Smith will need to defend Aaron Jones in space and stop a 250-pound AJ Dillon from running downhill. The Minnesota Vikings were one of three teams to run the ball more than they threw it last season. Their wide-zone approach requires linebackers to remain disciplined yet show enough athleticism to defend the run beyond the tackle box. Even the Detroit Lions have two talented tight ends in T.J. Hockenson and Jesse James that opposing linebackers must handle.”

Smith is expected to make a full recovery on his torn labrum after having surgery on it last December, and his coaches think his best days are still to come.

“The sky’s the limit for him,” Bears inside linebackers coach Mark DeLeone said of Smith late last year after the labrum injury. “I feel terrible for him. But I also know what’s coming. He’s gonna come back and be better than ever.”

The NFC North is called the Black and Blue Division for a reason, and if defense does indeed determine the winner, that’s a very good thing for the Chicago Bears — especially if their former eighth-overall pick is a primary reason why.

READ NEXT: Bears Linebacker Attending Peaceful Protests, Calls on Players to ‘Use Their Platform’