Cleveland Browns star wide receiver Jarvis Landry joined the chorus of prominent athletes who are calling out New Orleans Saints quarterback Drew Brees after he came out with comments critical of National Anthem protests on Wednesday.

Brees expressed his point of view on the national anthem protests and kneeling in an interview with Yahoo Finance. It was the future Hall of Famer’s first comments since the death of George Floyd.

“I envision my two grandfathers, who fought for this country during world war two, one in the Army and one in the Marine Corps. Both risking their lives to protect our country and to try to make our country and this world a better place. So every time I stand with my hand over my heart looking at that flag and singing the national anthem, that’s what I think about.” 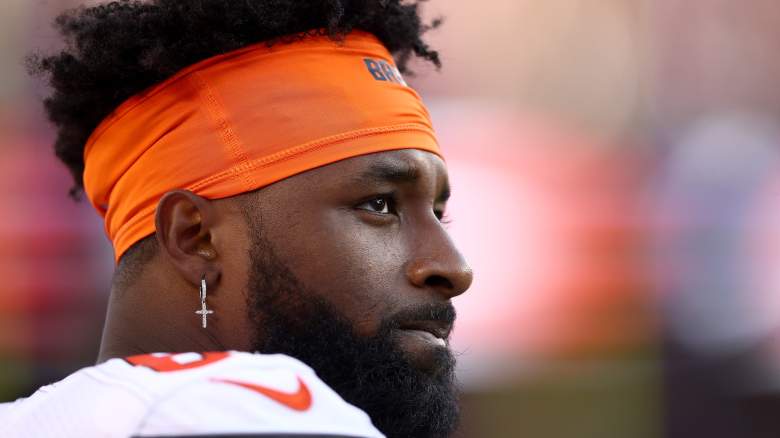 Floyd’s final minutes have been witnessed by millions of people through a disturbing viral video. It shows now-fired Minneapolis police officer Derek Chauvin with his knee to Floyd’s neck and the reaction to the video has sparked outrage, protests, demonstrations and in some areas violence.

It has also reminded many of the mission of former 49ers quarterback Colin Kaepernick, who began protests against police violence and systemic racism by first sitting and then kneeling during the national anthem in 2016.

Kaepernick’s protest sparked a movement in the NFL, with multiple players following suit and the league creating a policy in response.

“I am not going to stand up to show pride in a flag for a country that oppresses black people and people of color,” Kaepernick said following his initial protest. “To me, this is bigger than football and it would be selfish on my part to look the other way. There are bodies in the street and people getting paid leave and getting away with murder.”

So for many, Brees comments were both tone-deaf and missing the point in the big way, which players around the league, including Landry, were not shy to point out.

But unlike some who have been ripped Brees in long statements, Landry chose to express his feelings with just a few emojis and a GIF of Denzel Washington shaking his head.

Other that have responded to Brees include his own teammate Michael Thomas and NBA super star LeBron James.

“WOW MAN!! Is it still surprising at this point. Sure isn’t!,” James said in a tweet. “You literally still don’t understand why Kap was kneeling on one knee?? Has absolute nothing to do with the disrespect of 🇺🇸 and our soldiers(men and women) who keep our land free. My father-in-law was one of those men who fought as well for this country. I asked him question about it and thank him all the time for his commitment. He never found Kap peaceful protest offensive because he and I both know what’s right is right and what’s wrong is wrong! God bless you.”

men who fought as well for this country. I asked him question about it and thank him all the time for his commitement. He never found Kap peaceful protest offensive because he and I both know what’s right is right and what’s wrong is wrong! God bless you. 🙏🏾✊🏾👑

Jarvis Landry Wants Athletes to Use Platform for Change

Landry has been using his platform to bring attention to police brutality, specifically against the African-American community. During a conference call on Tuesday, Browns Pro Bowl guard Joel Bitonio said that Landry gave a passionate speech to his teammates on how to use their platforms during this time.

You playing the backseat in this generation, that your kids will have to face in theirs!!! IF THAT DONT MATTER TO YOU THAN WHO ARE YOU?

“I think the conclusion we came to is obviously there’s injustice in this world right now and people are hurting. You know, people need help, and we’re going to try and use our power and our position to help them,” Bitonio said, per cleveland.com. “Jarvis [Landry] came up and he spoke to the team for maybe 10 minutes yesterday and they just tried to tell us how we can use our platform a little bit better because I think the vast majority of people want to help. They want to improve the situation. Jarvis was emotional when he spoke with the team and he just wants change. He wants you to be a part of it and really try and help.”