Several former Chicago Bears, including running back Matt Forte, defensive tackle Anthony ‘Spice’ Adams and wide receiver Johnny Knox have joined peaceful protests in Chicago. Protests have erupted across the country since George Floyd’s death while in police custody in Minneapolis on May 25, and several current and former Bears have either joined or voiced support for them.

Forte was with the Bears for eight seasons (from 2008-2015) and he was a two-time Pro Bowler and key offensive contributor during that time. On Thursday, he shared some strong words for people who think black professional athletes should be apolitical. 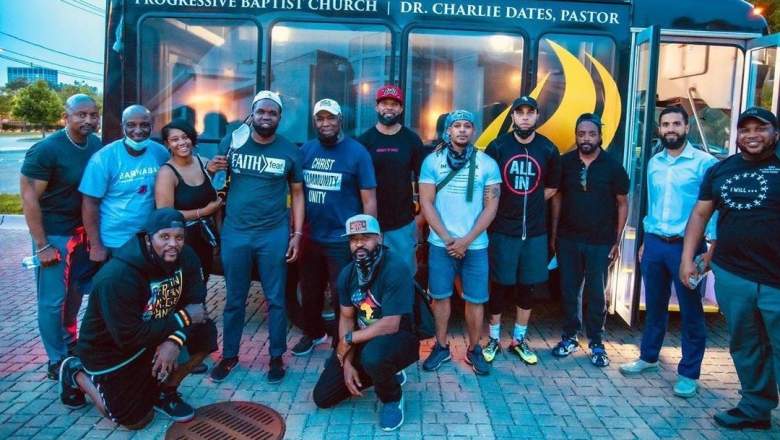 Forte penned a powerful statement directed towards those critical of athletes taking political stances, particularly during times like these. He shared several photos of himself, Adams and Knox attending peaceful protests on his Instagram page, ands shared the following caption with the photos:

Forte was a fan favorite in his time in Chicago, and he has continued to do great work in the city through his What’s Your Forte foundation in the years following his retirement. Forte also recently called on several of his former teammates who had been silent about the country’s issues with racism to speak out.

I’m about to do a wellness check call to some friends and former teammates. A lot of silence regarding recent atrocities and America’s issues with racism. pic.twitter.com/3HXxFZ5whV