The Bears had a visit with Christain this past weekend, and it seems Chicago liked what they saw. Christian spent his first four seasons with the Los Angeles Rams, where he played in 55 total games, starting one. In that time, he tallied 83 tackles, three pass breakups and one tackle for loss.

Per source, DB Marqui Christian signed w/ the #Bears. Christian could challenge to start at safety. Very versatile player that saw time at nickel and safety for the Rams. Christian is also a standout special teams player.

Turran suggested Christian would be competing against Deon Bush and Tashaun Gipson for the starting safety position opposite All-Pro Eddie Jackson. He will very likely have a significant role on special teams, as well. 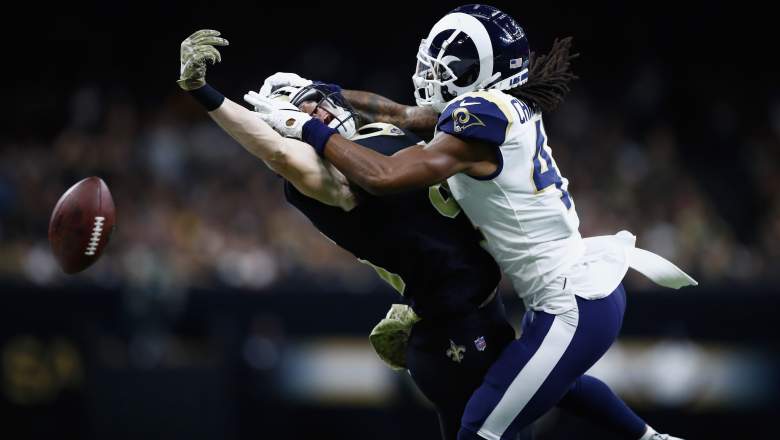 Christian, a free agent after the 2019 season, agreed to a one-year contract with the New York Jets earlier this year that later fell through. Neither the Jets nor Christian got into specifics about why the deal fell through, but he and the Bears managed to find common ground.

One thing the team will have to plan around is the two-game suspension Christian is set to serve at the start of the 2020 NFL season — for reasons that also remain unknown. After the suspension is served, the Bears will likely utilized him as a role-player in certain defensive packages, while also primarily using him on special teams.

In both 2018 and 2019, Christian played 34 percent of the Rams’ defensive snaps, and 77.5 percent of the team’s snaps on special teams. He should probably see a similar pattern with his playing time in Chicago.

Christian Will Be Low-Risk, High Reward Signing for Bears

Christian is decent in coverage, and should the injury bug bite the Bears a bit too hard this year, the team will be glad they signed him. He’s a nice depth piece for this already formidable defense, and he should make an impact on special teams almost immediately.

The details surrounding Christian’s contract haven’t been released yet, but if the deal is anything like the one he had agreed to with the Jets, it should be a one-year deal worth about $1.5-2 million. The Bears have $17 million in cap space, so this signing won’t alter that much.

Rams coach Sean McVay has spoken in glowing terms about Christian in the past, saying the following about Christian last year: “I think he’s done a really great job … of ascending as a safety, getting more and more confident in the scheme, understands the nuances of the calls and different things based on what an offense presents. I think his suddenness, his physicality, just an overall good football player that plays with a passion that ends up being contagious to his teammates. Marqui has been a really bright spot for us.”

I asked McVay about Marqui Christian after the Cowboys 14-10 victory at Aloha Stadium. #TexomaTalent #DALvsLAR pic.twitter.com/xNjWrGYKOG

READ NEXT: Bears’ Eddie Jackson Reveals Who His Favorite is In QB Competition

Read More
Chicago Bears, Football, NFL
The Chicago Bears have added some depth to their defense, as well as on special teams.