Getty Did the Vikings Pro Bowler throw shade at his team?

Vikings safety Harrison Smith’s stoic persona often keeps him out of trouble and the public eye, but the All-Pro safety did have some telling words this week.

The Pioneer Press’ Chris Tomasson asked Smith in a press conference last Friday about replacing five key players on defense this season. Smith answered with a bit of a Freudian slip before he caught himself from sharing too much about the possibility of being “stuck” with some former teammates.

It’s just the reality of the NFL and football. In Minnesota — specifically on defense — we’ve had a lot of guys play a lot of seasons together. There was ups and downs along the way with a bunch of guys that stuck… who were around each other a lot. There will be ups and downs going forward.

He later said in a follow-up question that “it’s good to have some new faces every now and then.” Smith is well-prepped when it comes to addressing the media. He’s kept a low profile throughout his eight-year career and could have kept a lid on his answer to Tomasson by sticking with the simple “it’s just business” adage.

Instead, he took the chance to take a jab, a subtle one at that, to one of his former teammates — most likely Xavier Rhodes. 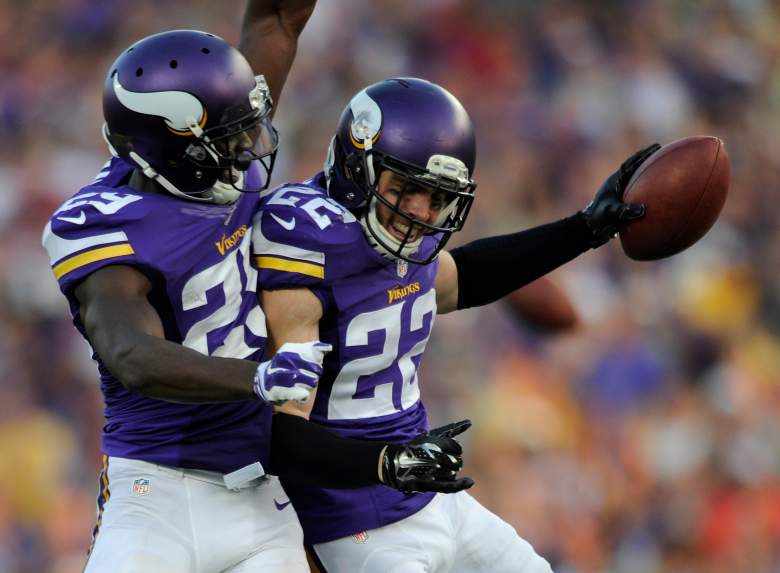 GettyXavier Rhodes and Harrison Smith ended the 2019 season on a sour note.

The Vikings made Rhodes the third highest-paid cornerbacks in the NFL back in 2017 when the former 2013 first-rounder signed a five-year, $70 million contract extension following a prolific 2016 season. Rhodes posted an NFL-low 39.2 passer rating allowed and was ranked the best cornerback in the league by NFL.com.

His play declined over the next few seasons, reaching a low in 2019 as he allowed a 132.7 passer rating when targeted. No play captures his fall from grace more than a blown coverage against the New Orleans Saints in the NFC Wild Card round in January.

Rhodes gets spun around by Deonte Harris, an undrafted rookie who’s season-long reception was 13 yards entering the game. He burned Rhodes for 50.

He used to be called #RhodesClosed…. not anymore. Deonte Harris sent Xavier Rhodes out of the picture.

Xavier Rhodes having a meltdown on the sidelines pic.twitter.com/tZRP4x6oii

The two had played together for the entirety of coach Mike Zimmer’s tenure as head coach but likely ended the season not on the greatest of terms. The Vikings terminated contracts of Linval Joseph and Rhodes two months later as the team decided to move on from former talents who had underperformed in 2019. Rhodes was picked up by the Indianapolis Colts in March.

Colts Defense ‘So Much Easier’ For Rhodes

In Rhodes’ younger years he welcomed the man-to-man challenges of battling the NFL’s best receivers like Calvin Johnson, Julio Jones and Davante Adams.

But as injuries and age have begun to add up, Rhodes, 30, said the Colts’ zone defense is “so much easier” for him.

Read More
Football, Indianapolis Colts, Minnesota Vikings, NFL
The Vikings star safety suggested he may have been stuck with a few players too long.