Getty Justin Fields #1 of the Ohio State after defeating the Clemson Tigers 49-28 during the CFB semifinal game.

Ohio State quarterback Justin Fields is set to have his second Pro Day workout on Wednesday, and a few teams will be back to catch another look, including the Atlanta Falcons. As for the San Francisco 49ers, this will be their first in-person look.

Sports Illustrated’s Albert Breer reported the inside scoop via Twitter. The New England Patriots are another intriguing team heading to Columbus to catch a second glimpse at the Buckeye product.

Source: The Falcons will join the Patriots and 49ers tomorrow at Ohio State QB Justin Fields’ second pro day. Atlanta plans to have the full allotment of three staffers in Columbus.

ALL the latest 49ers news straight to your inbox! Join the Heavy on 49ers newsletter here!

The Niners Opted to Watch Jones Over Fields 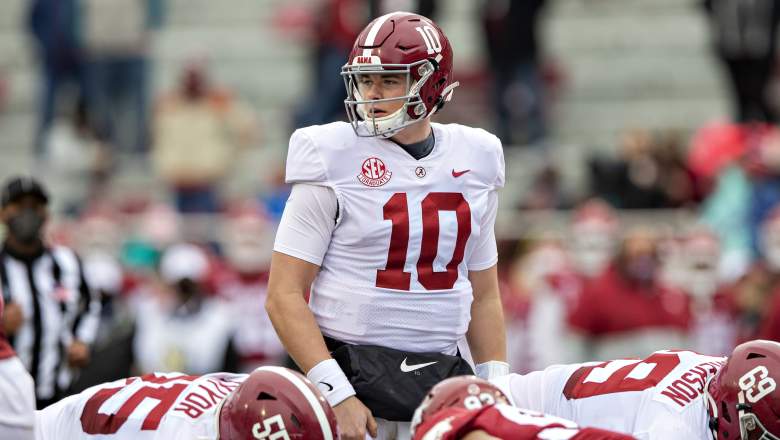 That decision ultimately led to nearly the entire Twitter universe linking Jones to the 49ers at No. 3 overall. But, the Niners now taking a closer look at Fields might be a curveball thrown. Next on their agenda, is attending Trey Lances’ second showcase next Monday. While fans and analysts can continue to speculate who they might believe the Niners are taking, nobody has any real idea.

In a recent press conference, Kyle Shanahan revealed what he’s looking for in his future signal-caller.

“You want an elite player, and of course, if you can get a guy who is elite with his arm and can play in that pocket and do everything and still run around and make off-schedule plays,” Shanahan explained via NBC Sports Bay Area. “ I mean, that’s what you’ve seen with [Kansas City Chiefs quarterback Patrick] Mahomes.”

Justin Fields is a dual-threat: a guy who can throw on the run and take the ball to the house himself. Jones showed he could do the same during his pro day, but he doesn’t possess the same athleticism as Fields does.

Fields, at 6’3” and 227 pounds, dazzled the audience during his workout last week, running an unofficial 4.44 in the 40-yard dash.

So, to sum it up, Fields is an incredible athlete with excellent accuracy––exactly what Shanahan is looking for.

He is Pro Football Focus’s projected No. 3 overall pick and the No. 3 QB in this year’s draft class behind Trevor Lawrence and Zach Wilson. In addition, Fields is the only signal-caller in the 2021 class who holds back-to-back years of 90.0-plus PFF grades.

And it’s not to say that Jones isn’t a future franchise QB, it’s just that Fields is a step up from him, and an upgrade from Garoppolo. 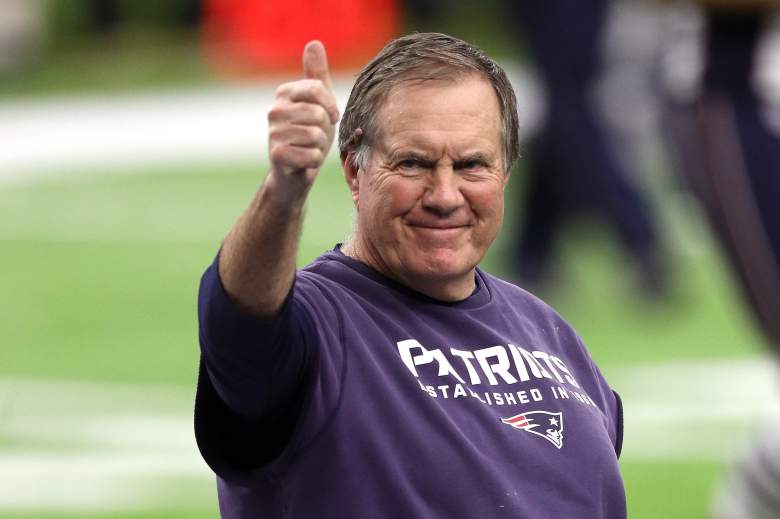 Now, let’s look at the Falcons. Atlanta currently holds the No. 4 overall pick, and the Patriots are at No. 15 overall. If the Patriots really want Justin Fields, they’re going to need to leapfrog up, just as the 49ers did. The Falcons might be the perfect trade partner for that as they don’t necessarily need a quarterback with Matt Ryan set to start for the next two seasons at least. The downfall, however, is that the No. 15 pick might be too far back for Atlanta.

But, Boston Herald’s Andrew Callahan went ahead and proposed a blockbuster trade that would put New England at a better spot to draft their much-needed future franchise QB.

Callahan has the Patriots receiving the 4th overall pick and sending the Falcons their 15th overall pick, the 46th pick, a 2022 first-round selection, and cornerback Stephon Gilmore.

Woah, that could work considering the Falcons have just one reliable cornerback on their roster in second-year CB AJ Terell.

It’s just going to come down to what Atlanta really wants. Do they stay at No. 4 and draft Matt Ryan’s replacement that will sit for over a year, look to the best available (most likely Kyle Pitts), or trade back in return for more draft capital as they continue their rebuilding process?