Getty Joe Mixon #28 of the Cincinnati Bengals celebrates as he walks off the field after defeating the Baltimore Ravens in the AFC Wild Card playoff game at Paycor Stadium on January 15, 2023.

While the Buffalo Bills have not yet played their divisional playoff matchup against the Cincinnati Bengals, the NFL sent out a press release on Tuesday, January 17 promoting an exclusive opportunity for fans to purchase tickets for an AFC Championship game at Mercedes-Benz Stadium in Atlanta. Of course, the only way for this neutral-site matchup to take place would be if both the Bills and Kansas City Chiefs advanced this weekend.

It’s not unusual for tickets to go on sale for games in which the opponents have yet to be decided, however, but for Bengals running back Joe Mixon, the NFL’s early promotion of a projected Bills-Bengals AFC Championship game feels like a slap in the face.

“To be honest, it’s disrespectful,” Mixon told reporters on Wednesday.

After the Bills-Bengals’ Week 17 matchup was declared a no-contest following Damar Hamlin’s medical emergency, the NFL decided that should a Bills-Chiefs AFC Championship game come to fruition, it would take place at a neutral site. Bengals head coach immediately Zac Taylor called out the NFL for suddenly changing the playoff rules that did no favors for their franchise, but moving forward, the team is doing their best to stay focused on what they can control.

“We’re not worried about that s***,” Mixon said. “We got a game to play Sunday, right? So, you can’t count us out. All that other stuff, that don’t mean s***. We’re going to go out there on Sunday and do what the hell we gotta do to get that win.”

Part of Mixon’s frustration seems to stem from the fact that Cincinnati lost its ability to clinch home-field advantage, which has angered several analysts. Pro Football Talk‘s managing editor Micahel David Smith tweeted on Monday, “There’s really no reason at all that Bengals-Bills should be played at Buffalo, as opposed to being determined by a coin flip or on a neutral field. The NFL just decided to change its rules for home field in both the wild card and championship rounds, but not the divisional round.”

The playoffs would obviously look a lot different if the Bengals had defeated the Bills in Week 17, but under these unprecedented circumstances, the team’s winning percentage dictated the seeding in the AFC: Kansas City slid to No. 1, the Bills fell to No. 2, and the Bengals stayed in the No. 3 slot. With all three teams winning their respective games in Week 18, the standings held.

The only way for the Bengals to host a playoff game this year would be if they defeat the Bills this weekend, and the Chiefs lose to Jacksonville. In that scenario, the Jaguars would head to Paycor Stadium for the AFC Championship game.

Regardless of the situation, Mixon remains confident the Bengals will come out on top. “At the end of the day, we’ve got all the cards right now,” he said. “So, we gotta do whatever we can to go in there and play Bengals-style football… It’s going to be physical, loud, and hostile… We all know what’s at stake… I tell people all the time, when the lights shine bright, we shine brighter.”

Mixon Also Took Issue With the Bengals Being Deemed Underdogs 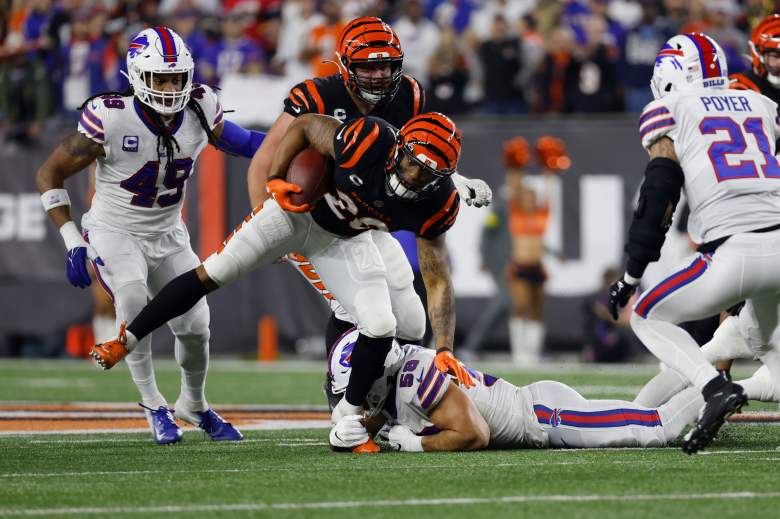 GettyJoe Mixon #28 of the Cincinnati Bengals carries the ball as Matt Milano #58 of the Buffalo Bills attempts a tackle at Paycor Stadium on January 02, 2023.

Mixon is getting a lot of bulletin-board material heading into this weekend’s matchup. With the Bengals in the midst of a nine-game win streak, he also feels slighted that his team isn’t considered the favorite to win. “We ain’t no underdog,” Mixon said.

“The best thing about us being in this position is we’ve been here before,” Mixon said, as the Bengals are the reigning AFC Championship from last season. “We know how to get there, and we know what it’s going to take.”

Despite the Bills narrowly eking out a 34-31 win over the Miami Dolphins in the Wild Card round, a team led by rookie third-string quarterback Skylar Thompson, Buffalo is considered 4.5 to 5-point favorites to defeat the Bengals. As for Cincinnati, they struggled much harder than expected to get past backup quarterback Tyler Huntley and Baltimore Ravens in their Wild Card win.

Mixon Already Declared the Bengals the ‘Big Dog of the AFC’ 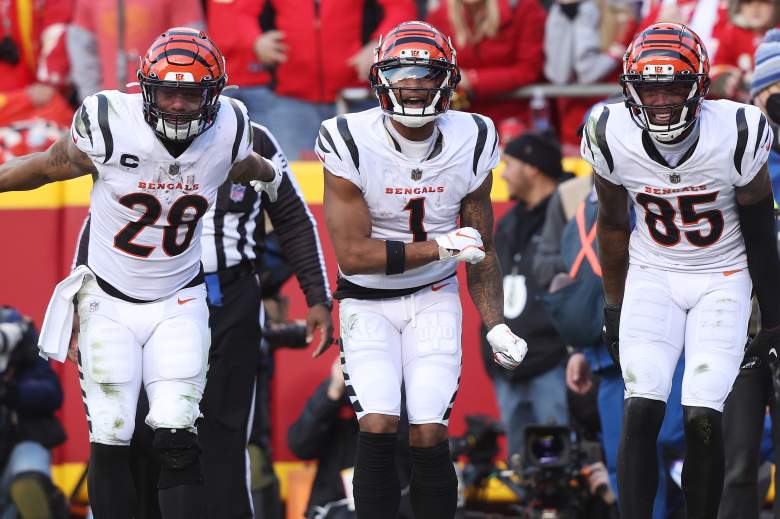 GettyJa’Marr Chase #1 of the Cincinnati Bengals celebrates scoring a touchdown with Tee Higgins #85 and Joe Mixon #28.

This isn’t the first time Mixon has made bold comments ahead of a big primetime game. Ahead of the ill-fated Bills-Bengals matchup on Monday Night Football three weeks ago,
Mixon didn’t hesitate in declaring Cincinnati the best team in the AFC.

“At the end of the day, what people got to realize and understand, we the big dog of the AFC and that’s just what it is,” Mixon told FOX 19. “For anything to happen, it goes through us.”

Loading more stories
wpDiscuz
0
0
Would love your thoughts, please comment.x
()
x
| Reply
Bengals running back Joe Mixon sounds off on the NFL pushing presale tickets for an AFC Championship game between the Bills and Chiefs.